Netanyahu pledges to continue Gaza offensive 'as long as necessary' 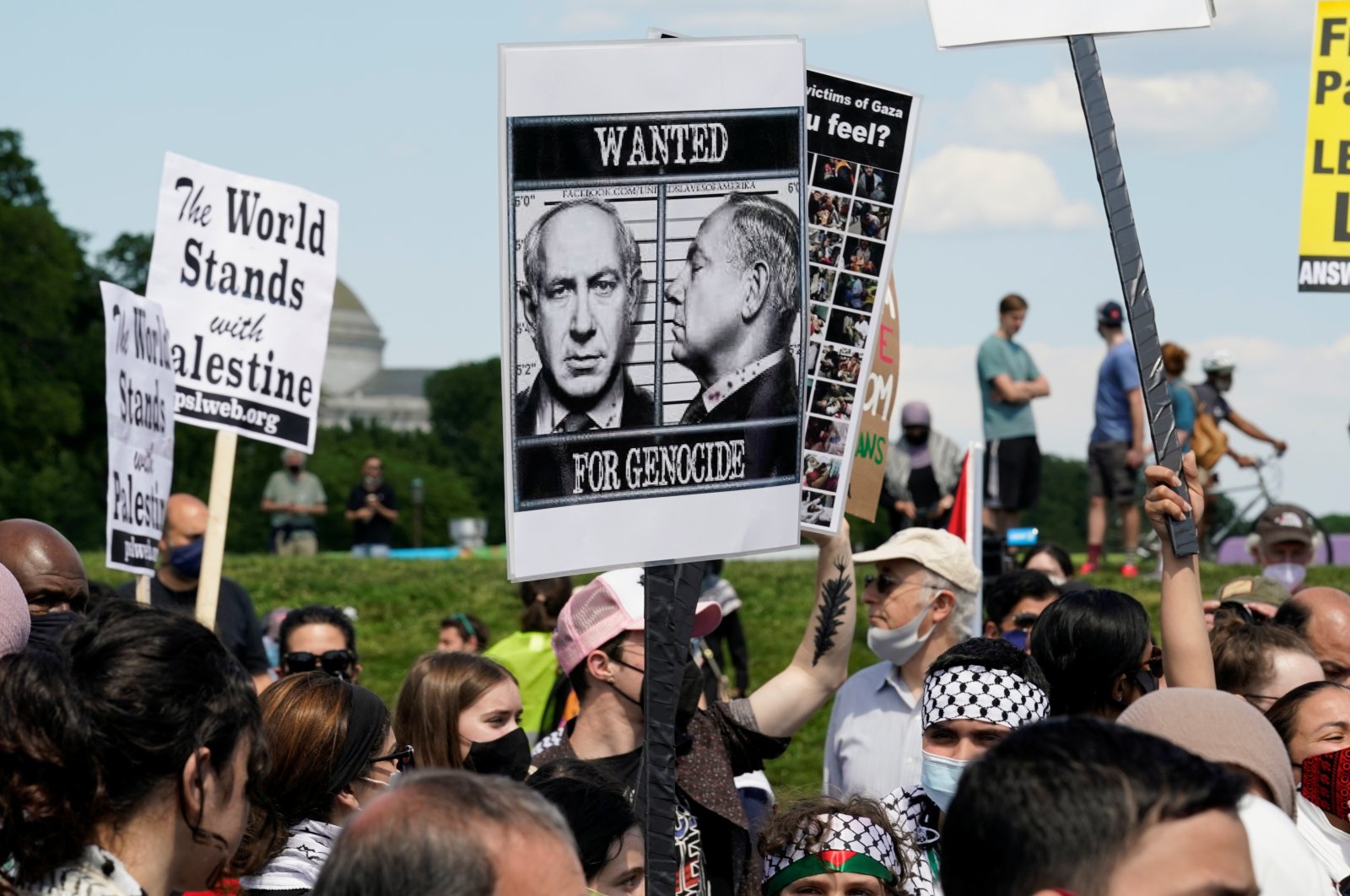 A pro-Palestinian demonstrator holds a placard with a photograph of Israeli Prime Minister Benjamin Netanyahu during a rally at the Washington Monument in Washington, U.S., May 15, 2021. (Reuters Photo)
by REUTERS May 15, 2021 11:33 pm

Blaming Hamas for starting a week of hostilities, Israeli Prime Minister Benjamin Netanyahu on Saturday said Israel would continue to strike Gaza as long as necessary and will do its best to avoid civilian casualties.

"The party that bears the guilt for this confrontation is not us, it's those attacking us," Netanyahu said in a televised speech. "We are still in the midst of this operation, it is still not over and this operation will continue as long as necessary."

"Unlike Hamas, which deliberately intends to harm civilians while hiding behind civilians, we are doing everything, but everything, to avoid or limit as much as possible harming civilians and to directly strike terrorists instead."