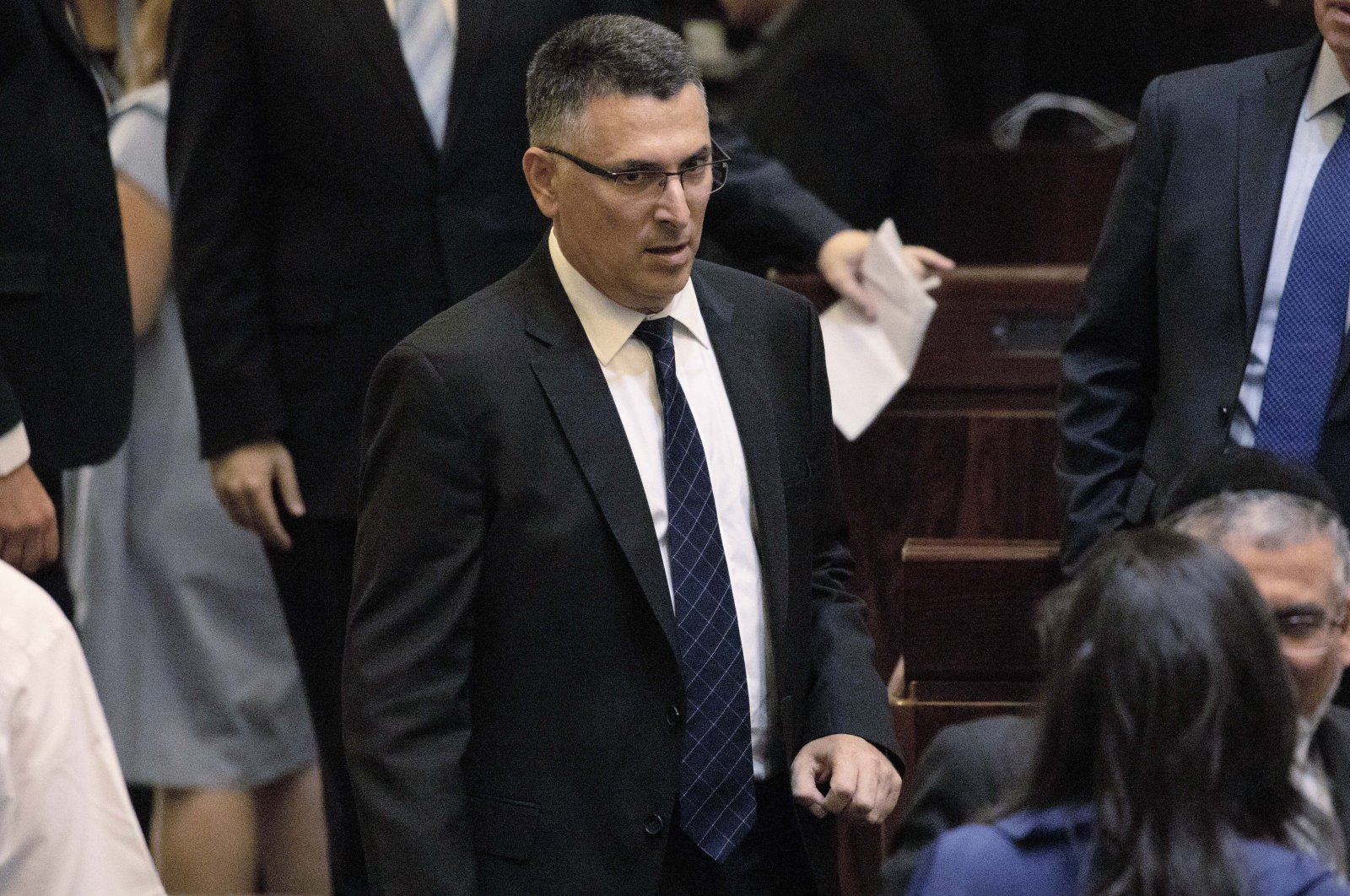 A leading rival of Israeli Prime Minister Benjamin Netanyahu in the right-wing Likud party announced his resignation from parliament Wednesday as he launches a new party to challenge the premier.

"I will create a new movement with the goal of replacing Netanyahu," Saar said in a virtual press conference late Tuesday. In a statement Wednesday, Saar announced his formal resignation from Israel's parliament, the Knesset, freeing him to embark on his "candidacy for prime minister." It is not yet clear if Israelis will again head to the polls in 2021.

Saar officially resigned from Israel's parliament, the Knesset, on Wednesday, ahead of embarking on his "candidacy for prime minister," a statement said.

It is not yet clear if Israelis will again head to the polls in 2021.

A Knesset committee tasked with reviewing that bill proposed March 16 as an election date, if parliament is ultimately dissolved.

But the bill must still pass through several legislative steps before final approval, and there is space for a wide range of political maneuverings before an election must be called.

Gantz charges that Netanyahu has acted only in his own political self-interest and placed fighting his ongoing corruption trial above the needs of ordinary Israelis suffering unprecedented economic hardship due to the pandemic.

Under the coalition agreement, Gantz, who is also the alternate prime minister, is to take over as premier in November 2021.

Gantz has said that the only way for Netanyahu to avoid another election is to agree on a 2021 budget. Netanyahu's critics say the veteran leader is refusing to agree on a budget to ensure the government collapses before he has to hand power to Gantz.

Saar, seen as close to ultra-Orthodox Jewish parties, is a former Netanyahu loyalist who served in his previous governments.

On several key issues, he stands to the right of Netanyahu, who has been in power since 2009.

Saar backs Israeli annexation of Jewish settlements in the occupied West Bank, a move Netanyahu agreed to freeze in exchange for diplomatic normalization deals with the United Arab Emirates (UAE) and Bahrain.

"Saar is offering the right-wingers who are fed up with Netanyahu an alternative for whom they'll have an easier time voting," he wrote.

Right-wing political scientist Emmanuel Navon, who is supporting Saar, told AFP that Likud had become "a personality cult" under Netanyahu.

Saar's goal, according to Navon, is to reestablish a right wing that is rooted in conservative principles, not a party that is merely Netanyahu's "personal operation".

The prime minister went on trial in May on charges of bribery, fraud and breach of trust.

He has been accused of accepting improper gifts and offering to trade favors with media moguls in exchange for favorable coverage, but he denies wrongdoing. So far, the proceedings have focussed on procedural issues and he is next due to attend court in February.