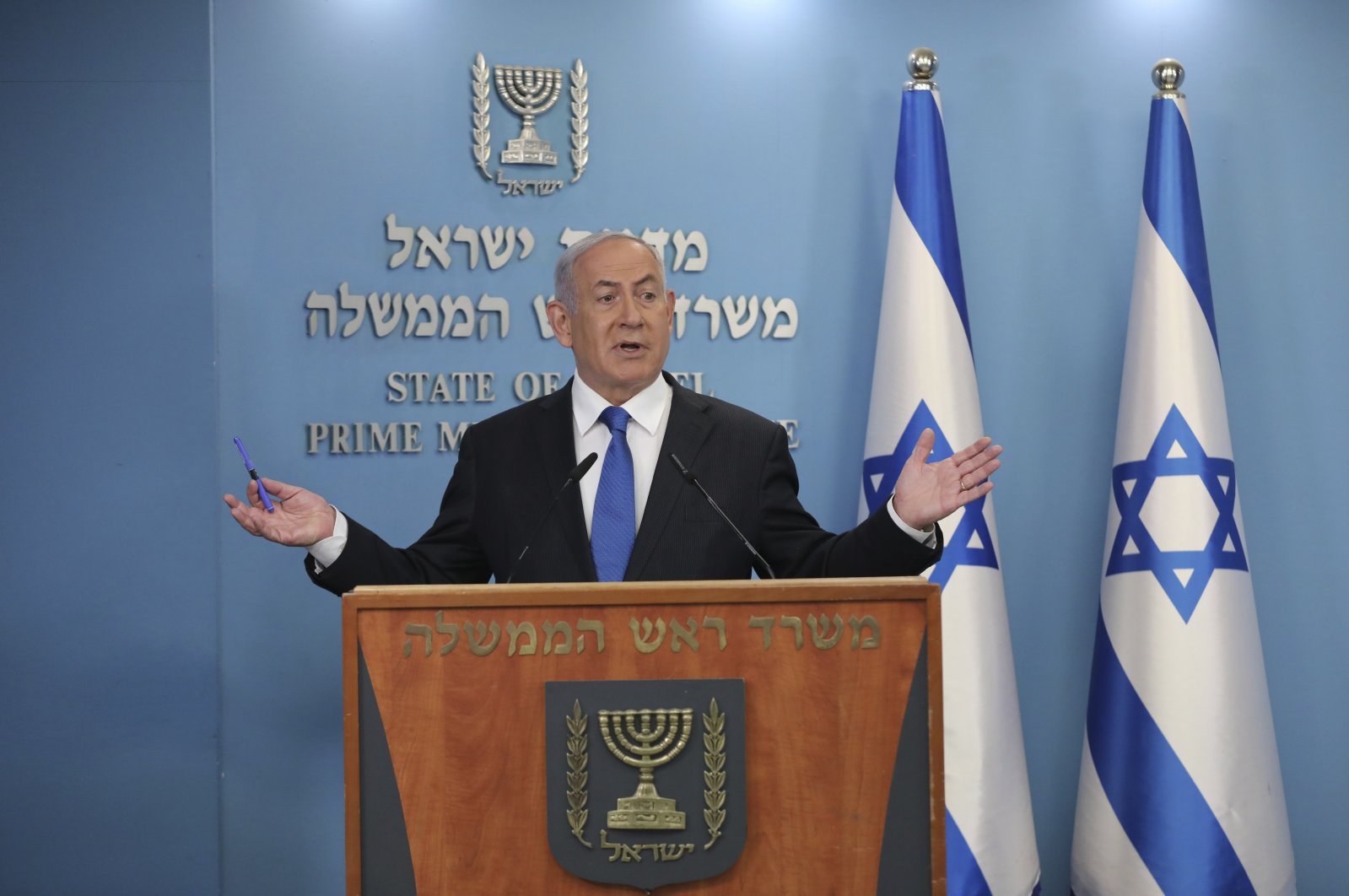 Prime Minister Benjamin Netanyahu on Monday said that Israel’s controversial annexation plan for the occupied West Bank was to be suspended "for a time being" and that it came at the request of the U.S. administration.

“This was an American demand to suspend the annexation of lands in the West Bank for a time being, and we agreed,” Netanyahu told Abu Dhabi-based Sky News Arabia.

The Israeli premier noted that the U.S. currently prioritizes the expansion of the peace circle in the region.

Netanyahu’s remarks come after Israel and the United Arab Emirates (UAE) announced Thursday that their repective countries would normalize diplomatic relations under a U.S.-sponsored deal.

The UAE is the first Gulf state and third Arab nation to have full diplomatic relations with Israel after Egypt and Jordan.

Abu Dhabi said it had succeeded in stopping the annexation plan thanks to the normalization agreement.

Palestinian groups denounced the deal, saying it does nothing to serve the Palestinian cause and ignores the rights of Palestinians.

Despite reports that the deal halted Israel’s controversial plan to annex parts of the occupied West Bank, Netanyahu confirmed his government's continued commitment to the annexation plan.

Separately, senior White House adviser Jared Kushner on Monday said the U.S. would not consent to Israeli annexations in the occupied West Bank for "some time," preferring to focus on the Israel-UAE normalization deal and wider regional peacemaking.

"Israel has agreed with us that they will not move forward without our consent. We do not plan to give our consent for some time," Kushner told reporters in a telephone briefing.

Netanyahu on Monday went on to stress his intention to enhance cooperation with the UAE in many fields including technology, energy, environment, natural resources and agriculture.

“Like here in Israel, we will import from the free zone in the UAE,” he asserted.

Netanyahu said that other Arab countries would soon conclude similar peace agreements with Israel, saying: “I am confident that the UAE will not be the last country to make peace with Israel.”

Conveying a message to Emiratis, Netanyahu said: “We are waiting for you. We are ready to make arrangements for Muslims to pray in the Al-Aqsa Mosque and other holy sites, as well as for us to visit you in the Emirates.”

For its part, Hamas warned Abu Dhabi's crown prince against responding to the visit.

"We warn against any response from Mohammed bin Zayed, to the Israeli invitation to visit the entity (Israel)," Sami Abu Zuhri, a spokesman for the group, said on Twitter.

The spokesman added that any response by bin Zayed would be considered as "blessing/approval for the Israeli crimes and an aggression against our Palestinian people."