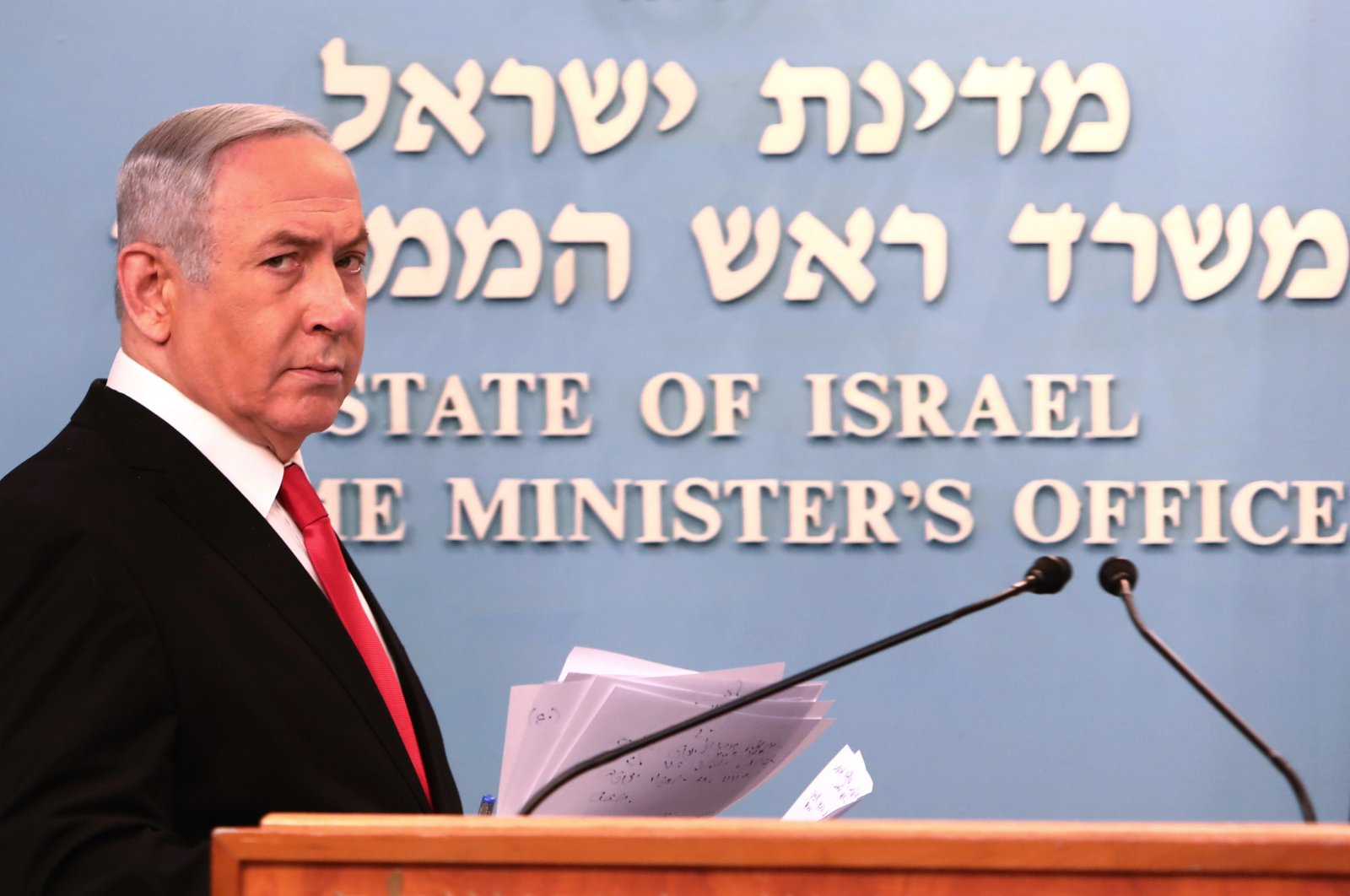 Israeli Prime Minister Benjamin Netanyahu on Sunday proposed a six-month "emergency government" led by himself to confront the coronavirus crisis and end a political deadlock after the country's third inconclusive election in less than a year. His move came after a Jerusalem district court announced that it was postponing Netanyahu's criminal trial for two months because of restrictions arising from the outbreak of the coronavirus.

The right-wing Likud party leader made the offer to his main political challenger, former armed forces chief Benny Gantz of the centrist Blue and White party, as Israel's president was poised to choose a candidate this week to try to put together a governing coalition.

Neither Likud nor Blue and White won enough seats in parliament in the March 2 election to secure a ruling majority on their own, or with the support of potential coalition partners.

Netanyahu said on Twitter that a "national emergency government... led by me" would, unlike Israel's current caretaker administration, be able to pass a budget and make "difficult decisions" in the face of an "international and a national crisis."

Israel's longest-serving leader also proposed that as an alternative to a six-month government, he and Gantz could join forces in a four-year "unity" administration. Under that blueprint, Netanyahu would be prime minister for the first two years, and Gantz would then take over.

Gantz signaled he was open to a unity government but cast doubt on Netanyahu's true intentions. Were Netanyahu sincere in his offer he would send a negotiating team to Blue and White rather than make proposals via social media, Gantz tweeted.

Netanyahu was scheduled to appear in court Tuesday to face charges of fraud, breach of trust and accepting bribes in connection to a series of scandals. But following the emergency health measures the government enacted restricting the gathering of people in public places, the court announced that it was pushing back the hearing until May 24.

Netanyahu is accused of receiving expensive gifts from wealthy friends and offering to exchange favors with powerful media moguls. The long-ruling Israeli leader denies any wrongdoing and says he is the victim of a media-orchestrated witch hunt.

Netanyahu's lawyers had previously appealed for a delay, saying they needed more time to review evidence. But it was swiftly rejected on the grounds that the March 17 hearing was a procedural reading of the charges only and that the defendant's response was not needed.

But after Netanyahu announced a new series of coronavirus-related restrictions late Saturday, including the barring of gatherings of more than 10 people, the justice ministry announced a state of emergency in the courts as well.