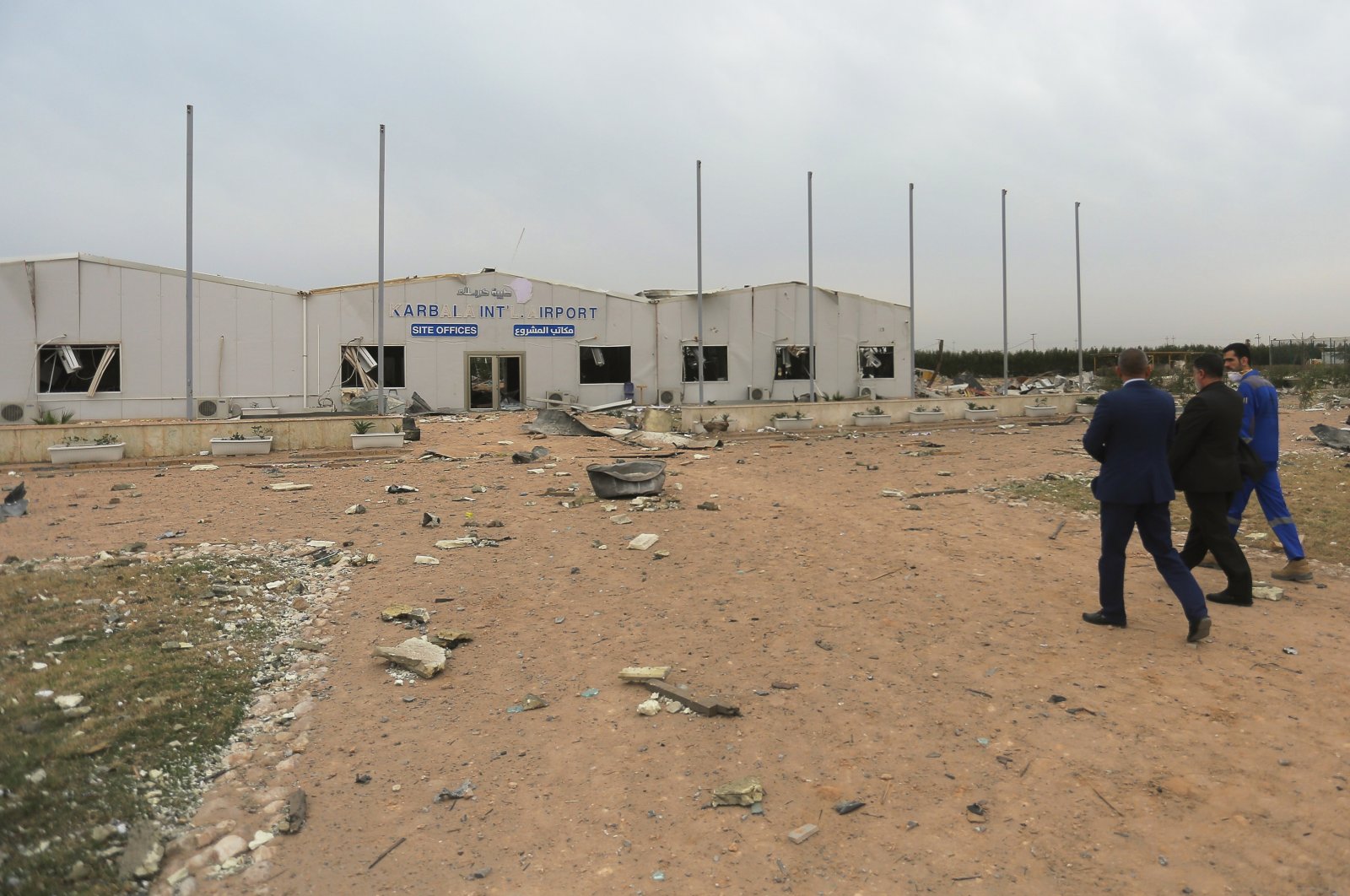 Destroyed buildings are seen at an airport complex under construction in Karbala, Iraq, Friday, March 13, 2020. (AP Photo)
by Associated Press Mar 14, 2020 11:28 am
RECOMMENDED

A barrage of rockets hit a base housing U.S. and other coalition troops north of Baghdad, Iraqi security officials said Saturday, just days after a similar attack killed three servicemen, including two Americans.

At least two Iraqi soldiers were wounded in the attack at Camp Taji, according to the Iraqi officials, who spoke on condition of anonymity in line with regulations.

The officials said over a dozen rockets landed inside the base. Some struck the area where coalition forces are based, while others fell on a runway used by Iraqi forces.

The was no immediate comment from the coalition regarding Saturday's attack.

The attack was unusual because it occurred during the day. Previous assaults on military bases housing U.S. troops typically occurred at night.

The military found seven rocket launchers and 24 unused rockets in the nearby Abu Izam area, it said in a statement, and promised to arrest those responsible.

The military said the U.S. or other foreign forces should not use the attack as pretext to take military action without Iraq's approval. It called on all foreign troops to quickly implement a parliamentary resolution calling for their withdrawal.

The previous rocket attack against Camp Taji on Wednesday also killed a British serviceman. It prompted American airstrikes Friday against what U.S. officials said were mainly weapons facilities belonging to Kataib Hezbollah, the Iran-backed militia group believed to be responsible.

However, Iraq's military said those airstrikes killed five security force members and a civilian, while wounding five fighters from the Popular Mobilization Forces, an umbrella organization including an array of militias, including some Iran-backed groups.

Iran-backed Shiite militia groups vowed to exact revenge for Friday's U.S. strikes, signalling another cycle of tit-for-tat violence between Washington and Tehran that could play out inside Iraq.

“We can’t forget that the PMF is a recognized entity within the Iraqi security forces; they aren’t isolated from the security forces and often are co-located on the same bases or use the same facilities,” said Sajad Jiyad, a researcher and former managing director of the Bayan Center, a Baghdad-based think tank.

“Now the (Iran-backed) groups who supported the initial strike in Taji, who were the most outspoken, feel obliged, authorized, maybe even legitimized to respond, ostensibly to protect Iraqi sovereignty but really to keep the pressure up on Americans,” he added.

“There are no red lines anymore," Jiyad said.

Wednesday's attack on Camp Taji was the deadliest to target U.S. troops in Iraq since a late December rocket attack on an Iraqi base, which killed a U.S. contractor. That attack set in motion a series of attacks that brought Iraq to the brink of war.

After the contractor was killed, America launched airstrikes targeting Kataib Hezbollah, which in turn led to protests at the U.S. Embassy in Baghdad.

A U.S. drone strike in Baghdad then killed Iranian Gen. Qassem Soleimani, a top commander responsible for expeditionary operations across the wider Mideast. Iran struck back with a ballistic missile attack on U.S. forces in Iraq, the Islamic Republic’s most direct assault on America since the 1979 seizing of the U.S. Embassy in Tehran.

The U.S. and Iran stepped stepped back from further attacks after the Soleimani incident. A senior U.S. official said in late January, when U.S.-Iran tensions had cooled, that the killing of Americans constituted a red line that could spark more violence.