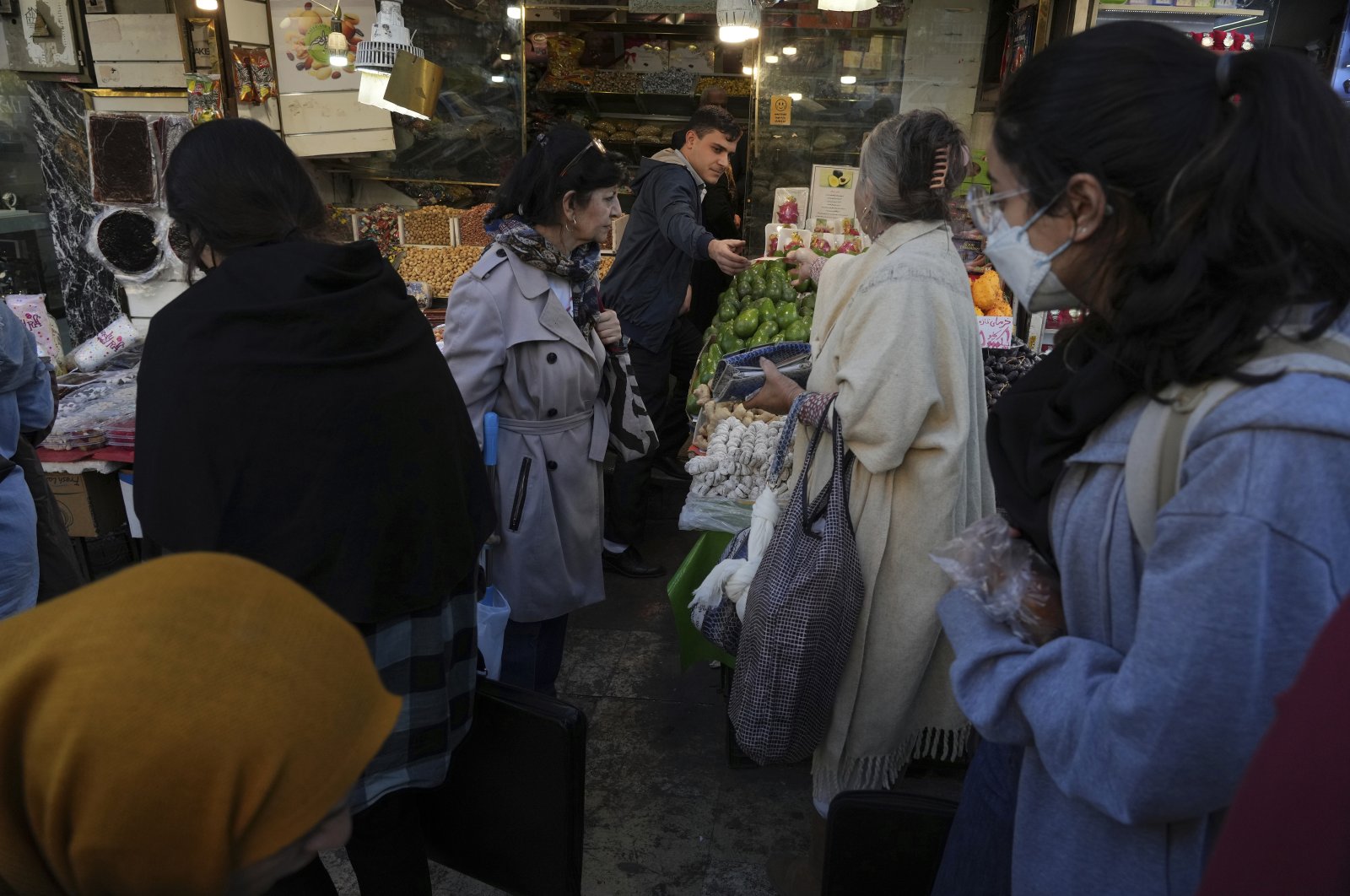 A Norway-based Iranian rights group has claimed some 72 people were killed by Iranian security forces in the past week alone in their crackdown on the protests sparked by Mahsa Amini's death.

The protests, sparked in mid-September by the death of Amini, 22, in morality police custody, have cut across ethnicities, social classes and provincial boundaries and turned into the biggest challenge to Iran's clerical leadership since the 1979 Islamic revolution.

Authorities have responded with an intensifying crackdown that has sparked an international outcry.

Iran has also launched repeated cross-border missile and drone strikes, most recently on Tuesday, against terrorist groups it accuses of stoking the protests from their bases in neighboring Iraq.

The Iran Human Rights (IHR) said Tuesday that 416 people had been killed by security forces nationwide in Iran itself, including 51 children and 21 women.

It said 72 people had lost their lives in the past week alone, including 56 in western Kurdish-populated areas where there has been an upsurge in protest activity in recent days.

Several towns in Kurdish-populated western Iran, including Mahabad, Javanroud and Piranshahr, have seen large protests, often starting at the funerals of those previously slain in demonstrations.

Ahead of a special session of the U.N. Human Rights Council Thursday in Geneva devoted to Iran, U.N. Human Rights Chief Volker Türk described the situation as "critical" amid a "hardening of the response by security forces," spokesman Jeremy Laurence said.

Laurence voiced particular concern at the authorities' "apparent refusal to release the bodies of those killed to their families," and deplored them for making such releases "conditional on the families not speaking to the media or agreeing to give a false narrative on the cause of death."

Hengaw said that five people were killed in Javanroud on Monday alone after thousands gathered for funerals for victims of the crackdown who were killed at the weekend.

The group said it had confirmed the killing of 42 Kurdish citizens of Iran in nine cities over the last week, almost all killed by direct fire.

Monitors also accused Iran of imposing a nationwide mobile internet blackout on Monday at the height of protest activity.

Monitor Netblocks said Tuesday that the mobile internet had been restored after a "3.5-hour cellular data blackout" on Monday that also coincided with Iran's football team refusing to sing the national anthem at their opening World Cup game.

Freedom of expression group Article 19 expressed alarm that "reports of extreme state brutality continue out of Kurdistan alongside nationwide internet disruptions and shutdown."

Hengaw meanwhile posted a video of protesters trying to remove birdshot pellets from the body of a protester with a knife, saying people were afraid to go to the hospital for fear of being arrested.