No alternative to 2-state solution in Palestine: Jordan's king 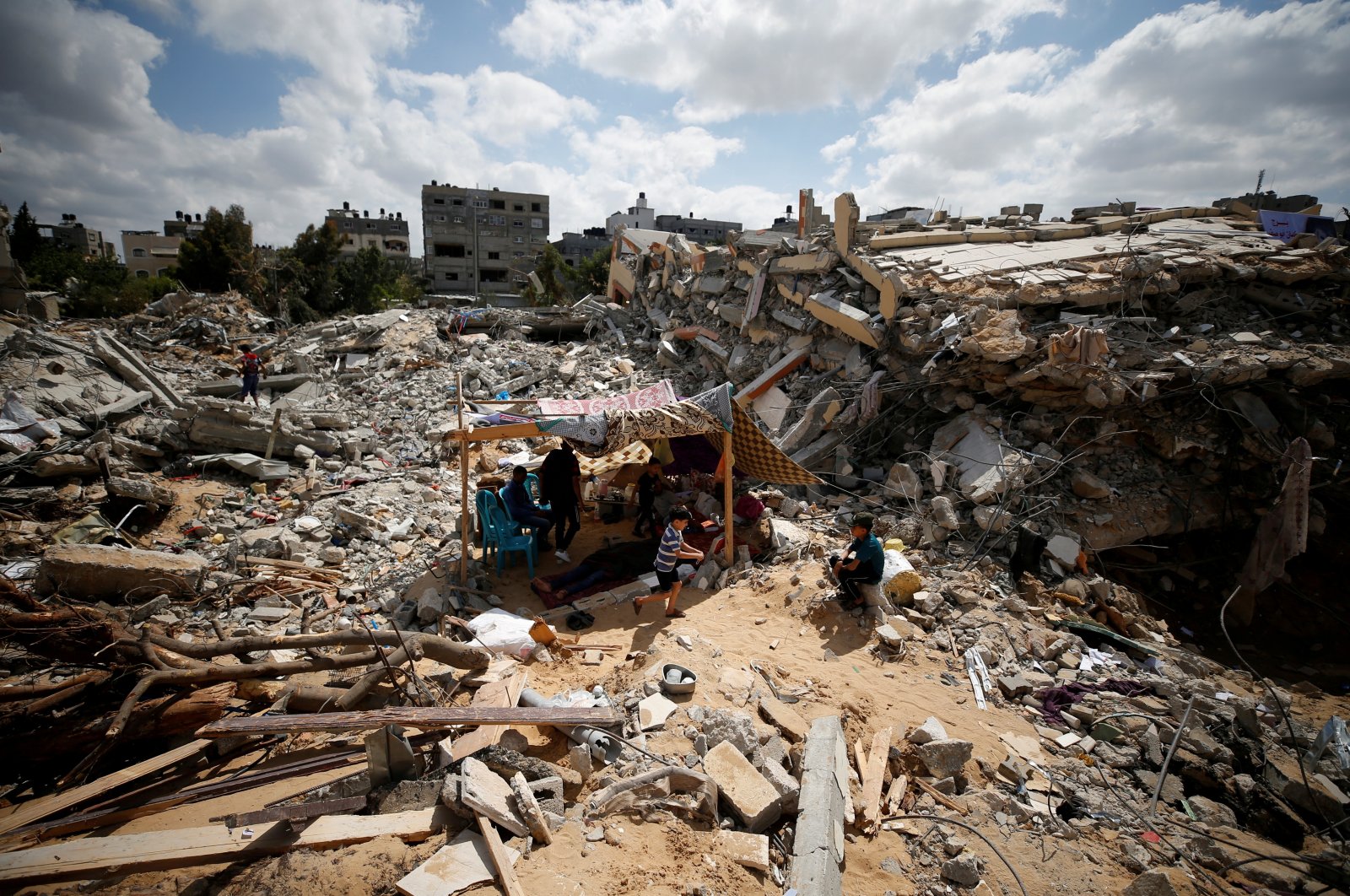 Palestinians sit in a makeshift tent amid the rubble of their houses that were destroyed by Israeli airstrikes during Israel's latest violence on the Gaza Strip, Palestine, May 23, 2021. (Reuters Photo)
by Agencies May 23, 2021 7:15 pm

There is no other alternative to a two-state solution in achieving a just and comprehensive peace in Palestine, Jordan’s king said Sunday.

King Abdullah II said Jordan “puts all its diplomatic relations and capabilities at the service of the Palestinian cause,” state news agency Petra reported.

The king noted that it is important for the Gaza cease-fire to be translated into an extended truce.

Meanwhile, Egypt’s foreign minister is to visit Jordan Sunday to discuss ways to build on the cease-fire in the Gaza Strip, de-escalate tensions in the Palestinian territories and reviving the Middle East peace process, a foreign ministry statement said.