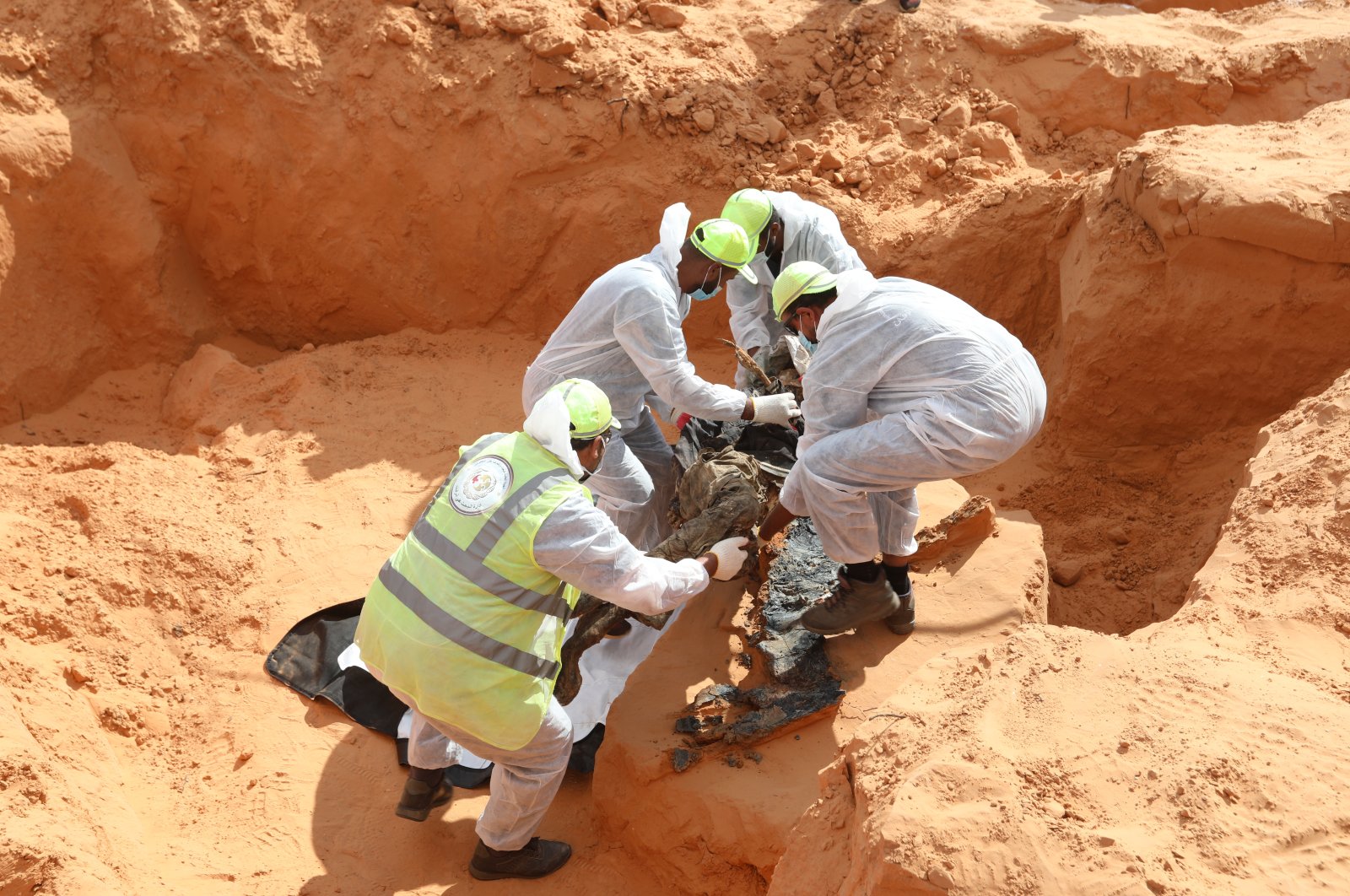 The Libyan government continues to unearth more corpses from mass graves in the city of Tarhuna, 90 kilometers (56 miles) northeast of the capital Tripoli, likely left behind by the retreating forces of the putschist Gen. Khalifa Haftar.

Teams with the General Authority for Research and Identification of Missing Persons have exhumed an additional 17 corpses from five mass graves discovered in the last three days in Tarhuna's agricultural Rabit district.

So far, a total of 112 corpses have been found in more than 20 mass graves in Tarhuna since it was recaptured by the U.N.-recognized Libyan government forces in June.

Libyan teams continue their excavation work in a wider area now in the search for more bodies.

Last week, some 14 bodies were found in the five mass grave sites, while two more bodies were dug in two separate locations on Sunday, Lutfi Tewfik Misrati, the head of an office investigating disappereances in the country, told Anadolu Agency (AA).

On Saturday, Interior Minister Fathi Bashagha called for a national and international investigation into Haftar's crimes.

"The horrible acts committed by the Kaniyat militias, the pro-Khalifa Haftar 9th Brigade, are acts of terrorism," he said in a statement on Twitter.

The Libyan government has discovered several mass graves in Tripoli and Tarhuna in the wake of Haftar's defeat in his recent offensive on Tripoli.

The Libyan authorities say that Haftar's militia and allied mercenaries have committed several war crimes and crimes against humanity in the period between April 2019 and June 2020.

Libya has been ravaged by civil war since the ouster of late dictator Moammar Gadhafi in 2011. The Libyan government was founded in 2015 under a U.N. led agreement, but efforts for a long-term political settlement failed because of Haftar's military offensive.

Turkey also backs the legitimate Government of National Accord (GNA) led by Sarraj.