Over 20 killed in Afghanistan since Thursday's Eid cease-fire 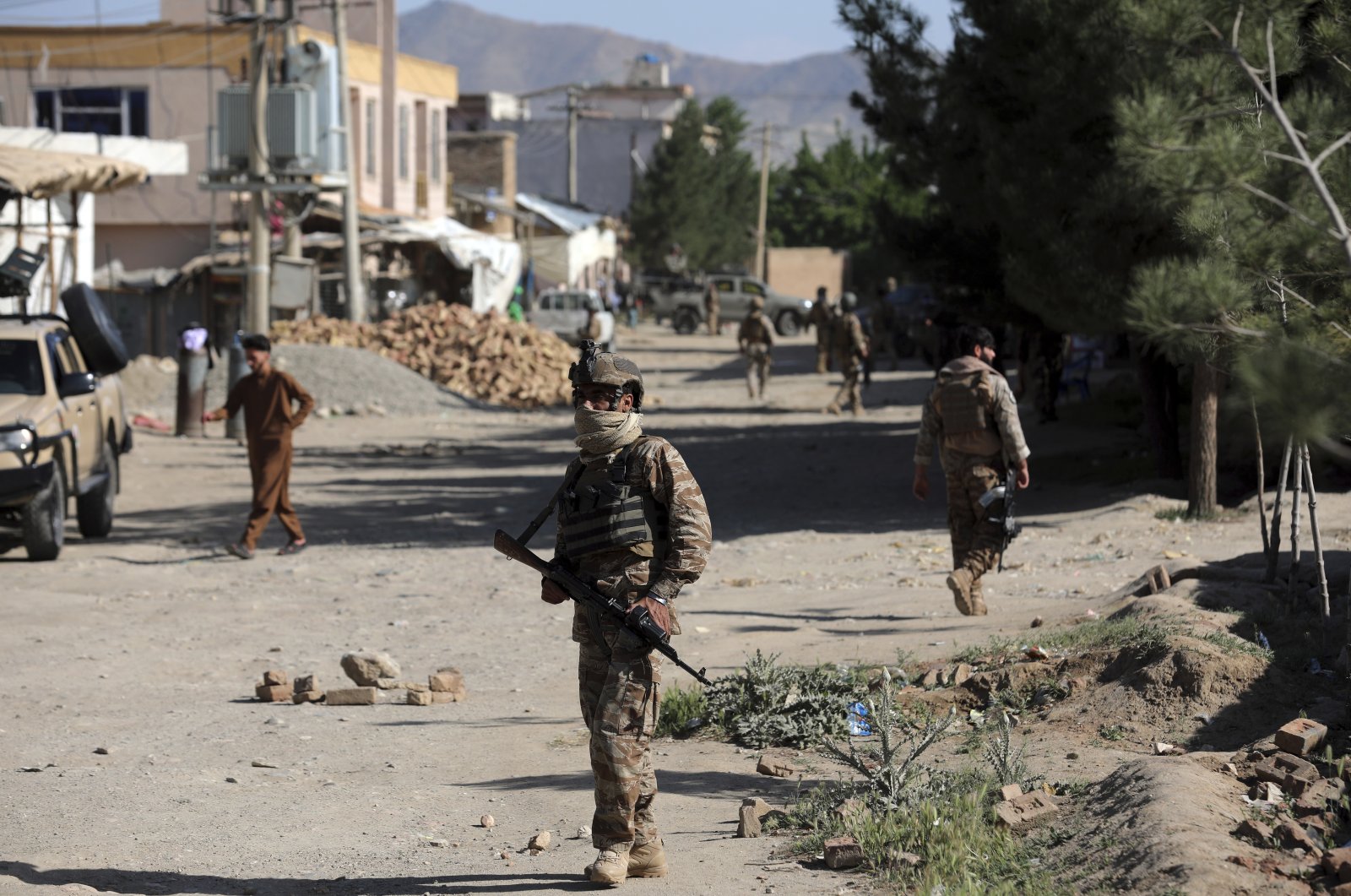 Afghan security personnel arrive at the site of a bomb explosion in Shakar Dara district of Kabul, Afghanistan, May 14, 2021. (AP Photo)
by German Press Agency - DPA May 15, 2021 8:17 pm
RECOMMENDED

Despite a cease-fire announced in honor of Eid al-Fitr, the holiday marking the end of the Islamic fasting month of Ramadan, at least 23 people have been killed in Afghanistan, according to officials. Nearly 40 others were wounded in various incidents since Thursday.

The majority of the incidents happened due to bomb blasts and not as a result of direct attacks.

The Taliban announced a three-day cease-fire in honor of the Muslim celebration of Eid al-Fitr to mark the end of the holy month of Ramadan, as has been the case in the last few years. The government has reciprocated.

On the first day of the Eid cease-fire, at least two civilians were killed and 14 others wounded in a mine explosion in the capital of northern Kunduz province, two provincial officials confirmed.

In southern Kandahar province, at least seven civilians were killed and three others were wounded in two explosions caused by landmines, the provincial police spokesperson told local broadcaster Tolonews.

On the second day, at least 12 worshippers, including the imam, were killed and 15 others wounded after a blast at a mosque in the Shakar Dara district of Kabul province. The Taliban denied their involvement.

The governor of southern Uruzgan province, Mohammad Omar Shirzad, claimed that the Taliban militants violated the cease-fire by conducting two attacks on a security convoy on the Kandahar-Uruzgan highway and in Tarin Kot City, leaving casualties.

One soldier was killed and three others were wounded in another roadside bomb blast in the Tagab district of Kapisa province, the provincial police spokesperson Shayeq Shorish said.

On the third day, a police officer and two civilians were wounded after a bomb hit a police traffic vehicle in the Surobi district of Kabul, a police spokesperson said.

In addition, several electricity pylons were blown up by unknown attackers in the capital Kabul and northern Parwan province.

No group has claimed responsibility for the incidents as of yet.

However, Fawad Aman, the Afghan defense ministry spokesperson claimed that the Taliban have violated the cease-fire by conducting attacks against people and Afghan forces in several provinces.

In the meantime, the government and the Taliban peace negotiators met in Qatar after a long pause, both sides announced on Friday, adding that the acceleration of negotiations was discussed.