Over 75K Palestinians displaced due to Israel's Gaza attacks: UN 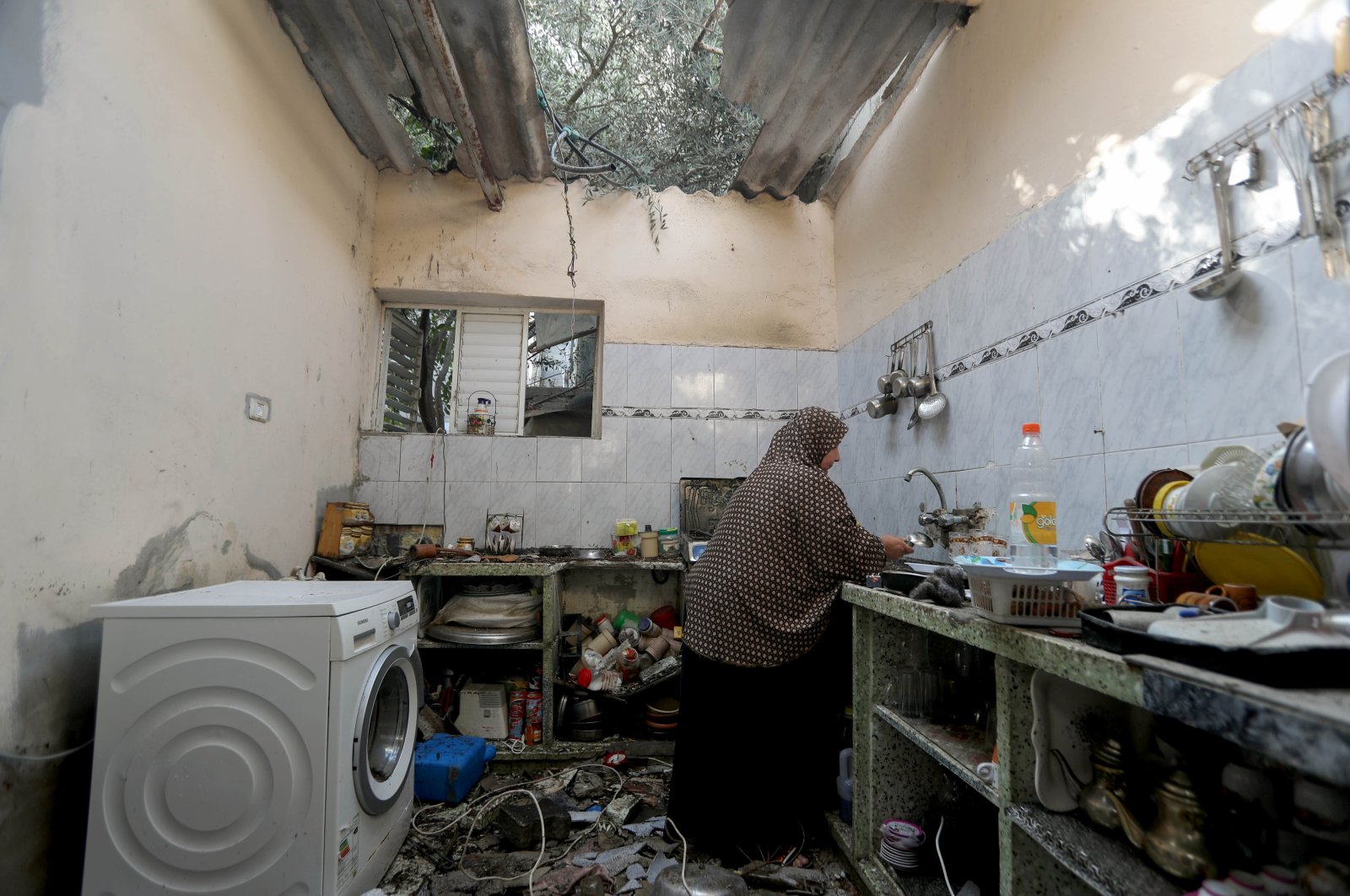 A Palestinian woman works in a kitchen inside a house damaged in an Israeli airstrike, amid Israeli attacks on Gaza, May 20, 2021. (Reuters Photo)
by Agencies May 20, 2021 10:08 am
RECOMMENDED

At least 75,000 Palestinians have been displaced due to the Israeli bombardment of Gaza, the United Nations said Thursday.

"Hostilities between Israeli forces and armed groups in Gaza continued for the ninth day yesterday, but at a lesser intensity. On the other hand, clashes between Palestinians and Israeli forces across the West Bank, including in East Jerusalem, intensified," he said.

"All parties to the fighting must agree to a humanitarian pause until a cease-fire is reached, to ensure access into and out of Gaza for humanitarian staff and critical goods, and allow for safe emergency relief distribution inside Gaza," he advised.

At least 227 Palestinians have been killed, including 64 children and 38 women, and 1,620 others injured in Israeli attacks on the Gaza Strip since May 10, according to the Palestinian Health Ministry. Health centers, media offices and residential neighborhoods have been targeted.

OCHA said that there have been 25 deaths in the West Bank as of May 19, including four children, and 6,309 injured.

Israel has reported 12 deaths, including two children, and 796 injured since May 19.

OCHA said that the cumulative number of internally displaced persons (IDPs) since May 10 stands at 75,000, including 47,000 seeking protection in 58 United Nations Relief and Works Agency for Palestine Refugees in the Near East (UNRWA) schools across Gaza.

Some 28,700 displaced people are staying with host families.

Another 230,000 people from Gaza City and Khan Younis have limited access to piped water due to increasing power cuts and damage to networks.

Around 700 meters (2,296 feet) of wastewater networks in Beit Lahia, Gaza City and Khan Younis were damaged, resulting in wastewater flows in the streets.

In addition, all fishing activity remains prohibited off the Gaza coast.

Recent tensions that started in East Jerusalem during the Muslim holy month of Ramadan spread to Gaza due to Israeli assaults on worshippers in the Al-Aqsa Mosque complex and the neighborhood of Sheikh Jarrah.