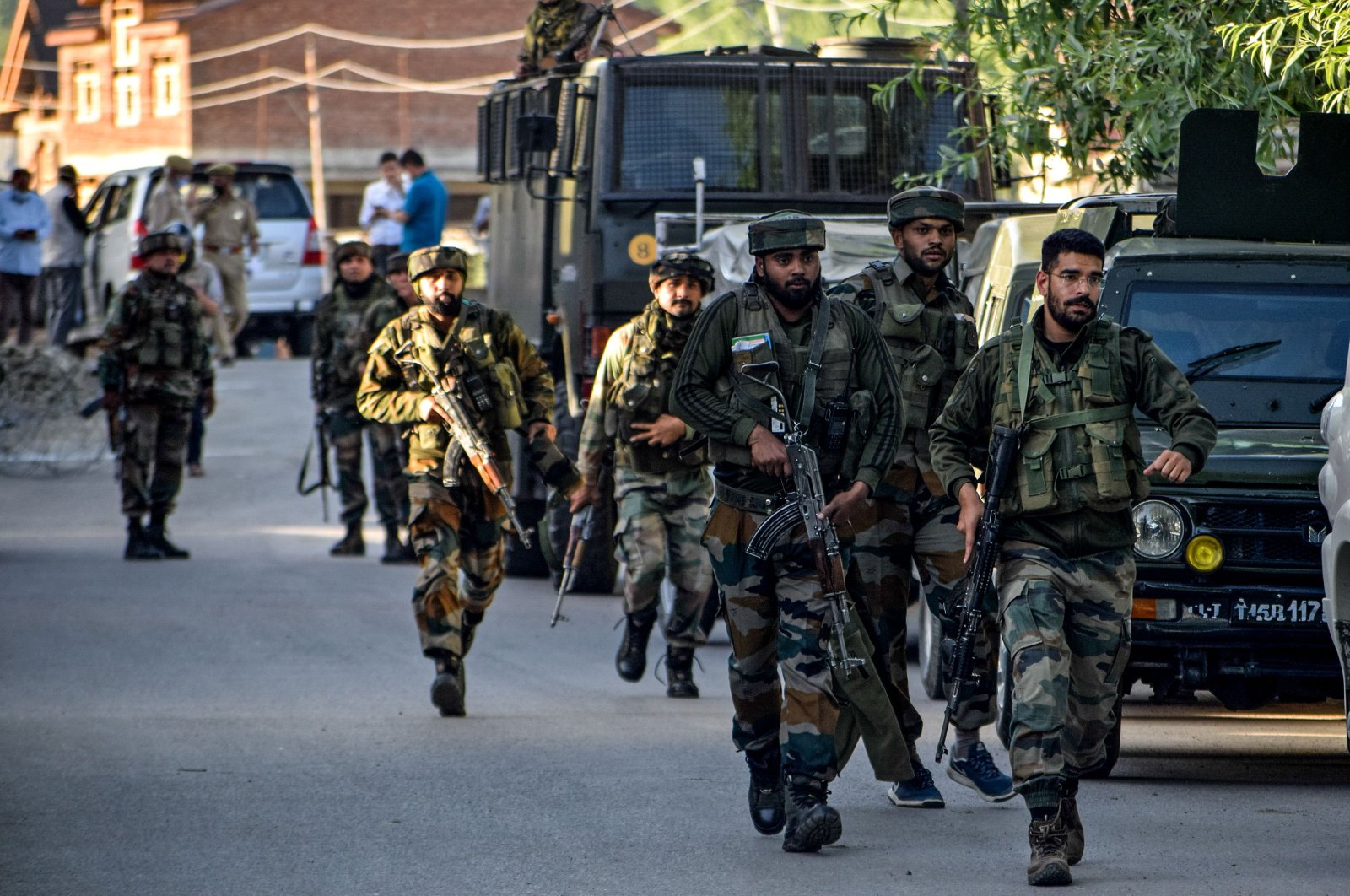 Security personnel arrive near the scene of a recent militant attack at Pandach Chowk area of central Kashmir's Ganderbal district on the outskirts of Srinagar on May 20, 2020. (AFP Photo)
by Anadolu Agency
May 24, 2020 9:02 pm

Pakistan's army on Sunday warned that any attempt to challenge the disputed status of Indian-administered Kashmir, including any move toward aggression, will be answered with full military might.

Bajwa, who spent Ramadan Bayram, also known as Eid al-Fitr, which marks the end of the Muslim holy month of Ramadan, with frontline soldiers at the Kashmir border, lauded their "professionalism, operational preparedness, and befitting response" to alleged violations of a 2003 cease-fire agreement by Indian border forces.

"Pakistan Army is observing Eid solemnly in solidarity with Kashmiris under Indian occupation particularly since the Aug. 5 illegal, inhuman lockdown, and ensuing atrocities," he went on to say, according to a statement from the army.

India, he added, is trying to shift global attention away from "worsening humanitarian crisis and violence" in Kashmir to the Line of Control by "targeting innocent civilians."

"Pakistan Army is fully alive to the threat spectrum, and will remain ever ready to perform its part in line with national aspirations," he said.

He said he hoped the international community would weigh in to ensure freedom of movement for U.N. observers inside Indian-administered Kashmir, as ensured by Pakistan in its controlled part of the valley, "so that the tragic consequences of ongoing atrocities and inhuman clampdown inside occupied territory is reported to the United Nations Security Council and the world at large."

"Indian occupying forces can never suppress the valiant spirit of Kashmiris who rightfully await plebiscite under U.N. resolution. Regardless of ordeal, their struggle is destined to succeed, InshaAllah (God willing)," he concluded.

Kashmir is held by India and Pakistan in parts but claimed by both in full. A small sliver of the region is also controlled by China.

Some Kashmiri groups in Jammu and Kashmir have been fighting against Indian rule for independence, or unification with neighboring Pakistan.

According to several human rights organizations, thousands of people have been killed and tortured in the conflict in the region since 1989.