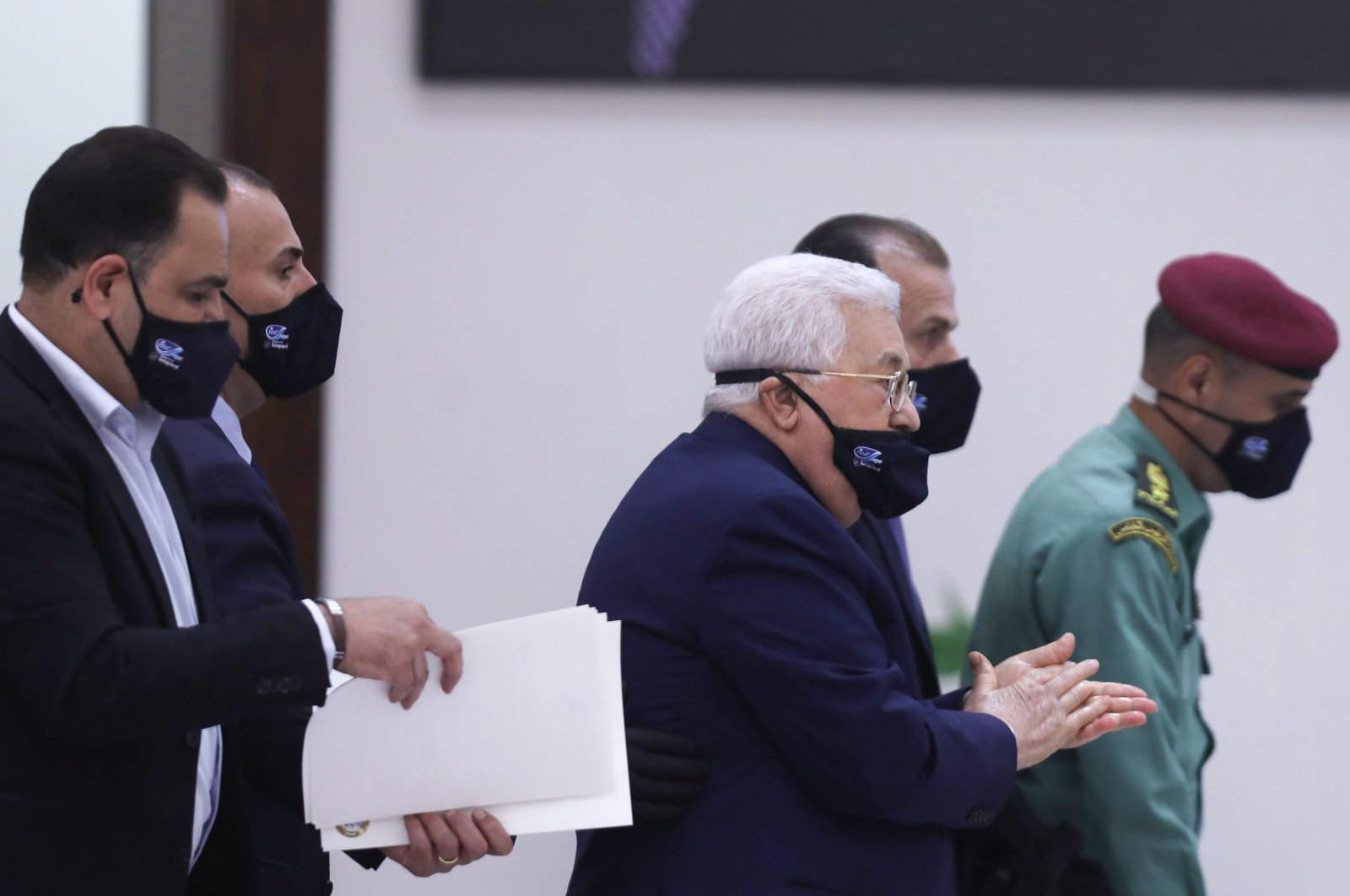 Palestinian President Mahmoud Abbas (C) leaves while wearing a protective mask due to the COVID-19 pandemic following the Palestinian leadership meeting at his headquarters in the West Bank city of Ramallah, Palestine, May 19, 2020. (AFP Photo)
by Anadolu Agency May 21, 2020 1:12 pm

The Palestinian government refused to receive an aid shipment coming from the United Arab Emirates, according to a Palestinian news agency.

Citing informed sources, Maan News Agency, known for being close to the Palestinian Authority, said the decision came as the aid arrived via an Israeli airport.

Earlier this week, an Emirati flight carrying medical aid for Palestinians landed in an Israeli airport.

The aid shipment came although the Gulf country has no official ties with Tel Aviv.

"The UAE authorities did not coordinate with the State of Palestine before sending the aid," the government sources said, adding that "Palestinians refuse to be a bridge (for Arab countries) seeking to have normalized ties with Israel."

"Sending them directly to Israel constitutes a cover for normalization," they added.

Unlike Jordan and Egypt, both of which signed peace treaties with Israel in 1978 and 1994, respectively, other Arab states officially deny having ties with Israel, which has been illegally occupying Palestinian territories for decades.