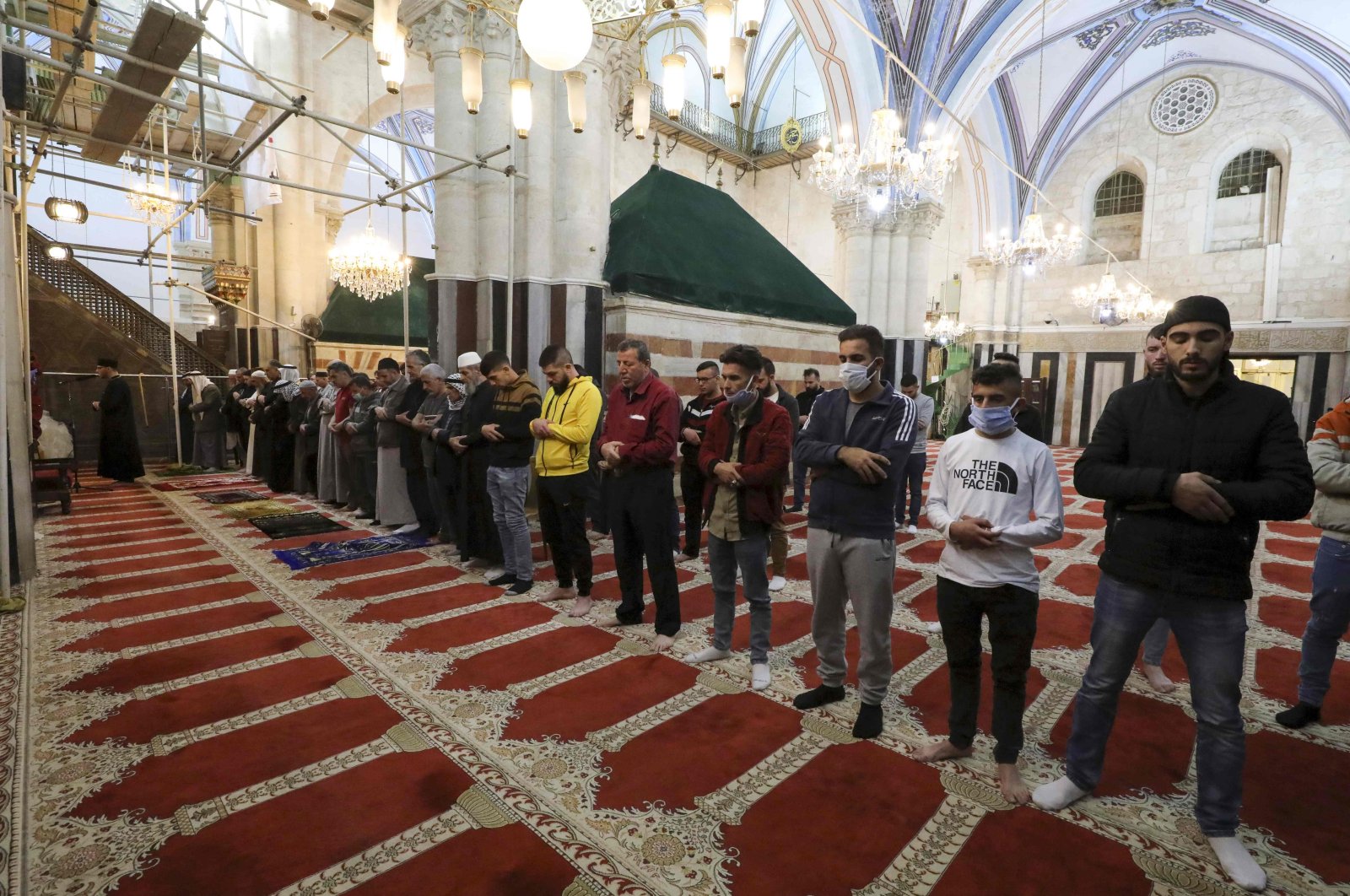 Palestine on Tuesday reopened a prominent church and mosque in the occupied West Bank as part of coronavirus lockdown measures easing.

The Ibrahimi Mosque in Hebron and the Church of the Nativity in Bethlehem opened for worshipers for the first time in three months.

Hefzi Abu Sneineh, director of endowments for Hebron province, told Anadolu Agency (AA) that the Israeli authorities allowed 50 worshippers to enter the mosque due to the pandemic.

He added that the morning prayer was performed three times to allow more people to pray.

The Church of the Nativity also reopened its doors to worshipers and visitors amid tight security.

Minister of Tourism and Antiquities Rula Maayah told AA that reopening the church is a glimmer of hope for the beginning of a return to normal life, especially since the church was receiving millions of pilgrims and tourists from all over the world.

The Church of the Nativity is the most prominent Christian holy site in Palestine, as it was built on the site where Jesus is believed to have been born.

On Monday, Palestinian Prime Minister Mohammad Shtayyeh announced the opening of places of worship starting from Tuesday, as part of easing preventive measures against the coronavirus.

As of Tuesday, Palestine recorded a total of 602 coronavirus cases, including five deaths and 475 recoveries.