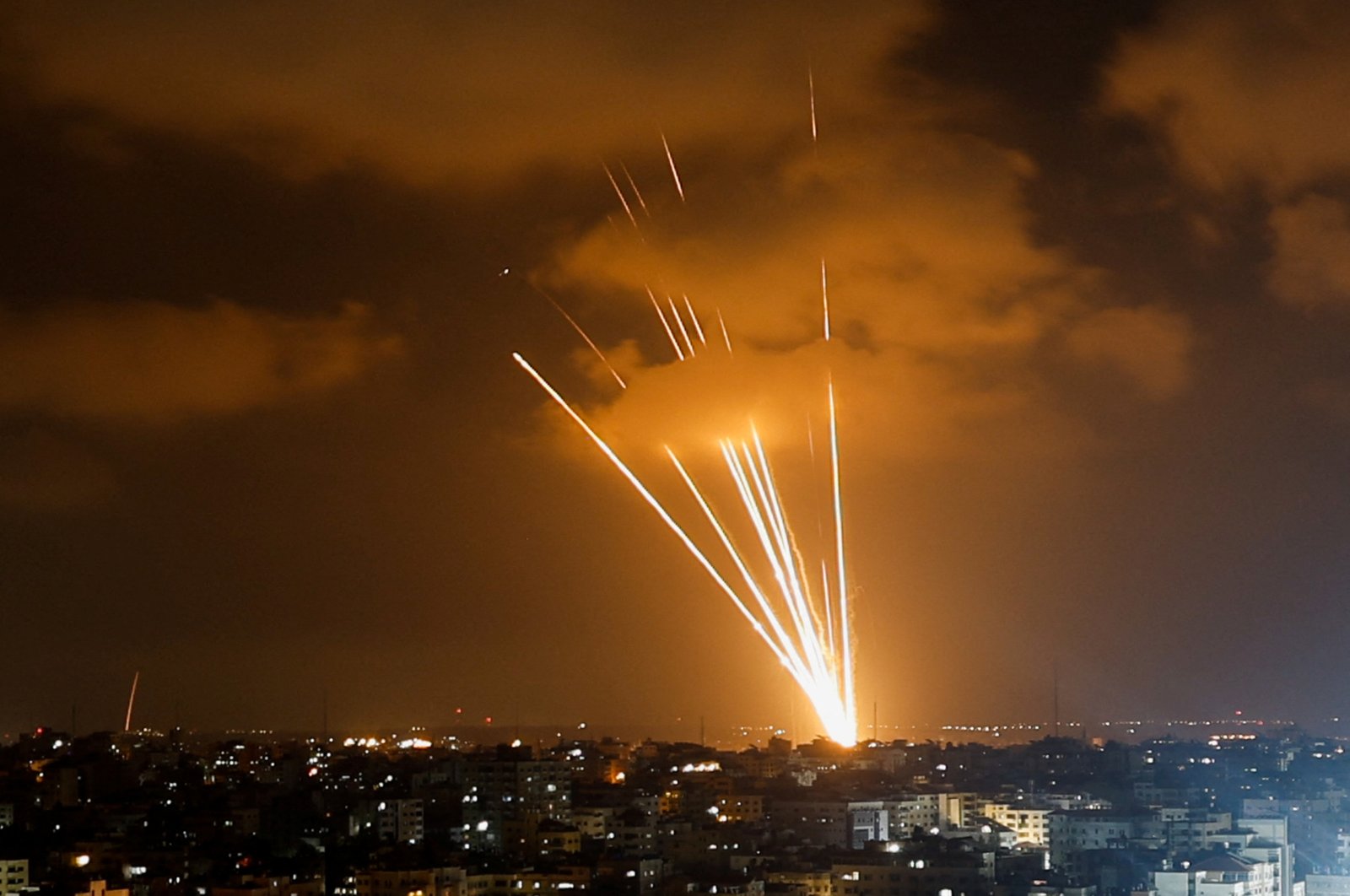 The Gaza-based Islamic Jihad movement retaliated by firing dozens of rockets into Israel after one of its senior members and nine civilians were killed in an airstrike Friday.

As darkness fell, Israeli authorities said sirens had been sounded in southern and central areas, while images broadcast by Israeli television stations appeared to show a number of missiles being shot down by air defense systems.

In Tel Aviv, Israel's economic center, witnesses said they could hear booms but there were no reports of sirens.

Islamic Jihad, a group with a similar ideology to Hamas, which is in charge of Gaza, said it had fired more than 100 rockets Friday into Israeli cities, including Tel Aviv. Israel's ambulance service said there were no reports of casualties.

The strikes came a little more than a year after an 11-day war between Israel and Hamas in May 2021, which killed at least 250 people in Gaza and 13 in Israel and left the blockaded enclave's economy shattered.

Earlier, local health officials in Gaza said at least 10 people, including a 5-year-old child, had been killed and 55 wounded in the Israeli airstrikes, which came after days of escalating tensions following the arrest of a Palestinian militant leader during the week.

An Israeli spokesperson said the strikes had killed Islamic Jihad commander Tayseer al-Jaabari and around 15 "terrorists" but said the military did not have a final casualty total.

"Israel carried out a precise counterterror operation against an immediate threat," Israeli Prime Minister Yair Lapid said in a televised statement in which he pledged to do "whatever it takes to defend our people."

"Our fight is not with the people of Gaza. Islamic Jihad is an Iranian proxy that wants to destroy the State of Israel and kill innocent Israelis," he said.

The Israeli military said in a Twitter post that its warplanes targeted Islamic Jihad sites in Gaza that "severely affect the organization's ability to develop military capabilities."

An Islamic Jihad official confirmed that al-Jaabari, whom the Israeli military described as the main coordinator between Islamic Jihad and Hamas, had been killed in the strikes, which hit several targets around the densely populated strip.

Smoke rose from a building where al-Jaabari was apparently killed and glass and rubble were strewn across the street amid the sound of ambulances racing to other sites.

As mourners prepared to hold funerals for those killed in the attacks, hundreds, some holding Palestinian flags, marched through the streets of Gaza, while queues formed outside bakeries and supermarkets as people stocked up on food and staples.

The strikes came after Israel arrested Bassam al-Saadi, a senior leader of Islamic Jihad, during a raid in the occupied West Bank city of Jenin earlier this week.

It subsequently closed off all Gaza crossings and some nearby roads over fears of retaliation from the group, which has a stronghold in Gaza, further restricting Palestinian movement.

"There are no red lines in this battle and Tel Aviv will fall under the rockets of resistance, as well as all Israeli cities," he said.

Hamas' armed wing issued a statement saying, "The blood of our people and our mujahideen will not go in vain."

United Nations Special Coordinator for the Middle East Peace Process Tor Wennesland warned that the "dangerous" escalation risked creating the need for more aid at a time when world resources were stretched by other conflicts.

"The launching of rockets must cease immediately, and I call on all sides to avoid further escalation," he said.

Egypt said it was mediating between Israel and the Palestinians.

Islamic Jihad, one of a cluster of Palestinian militant groups, was founded in Gaza in the 1980s and opposes political dialogue with Israel. Considered close to Iran, it is separate from Hamas but generally cooperates closely with the movement.

The Israeli military spokesperson said authorities expected there would be rocket attacks against the center of Israel but said Iron Dome anti-missile batteries were operational. He said special measures had been imposed in Israeli areas 80 kilometers (50 miles) around Gaza.

He said plans to allow fuel trucks into Gaza to keep the area's sole power plant operational had been dropped at the last minute as intelligence picked up movements that indicated attacks on Israeli targets were imminent.

The lack of fuel is set to lead to more power cuts in Gaza, where residents already have just 10 hours of electricity a day, and further hit the economy of a region that depends on foreign aid and still struggles to recover from past wars.

A narrow strip of land where some 2.3 million people live on a patch of 365 square kilometers (140 square miles), Gaza has been a constant point of conflict ever since Hamas took control. Israel has fought five conflicts with Gaza since 2009.

The area has since been under blockade, with Israel and Egypt tightly restricting the movement of people and goods in and out.

"We have not yet been able to reconstruct what Israel had destroyed a year ago. People didn't have the chance to breathe, and here Israel is attacking again without any reason," said Mansour Mohammad-Ahmed, 43, a farmer from central Gaza.