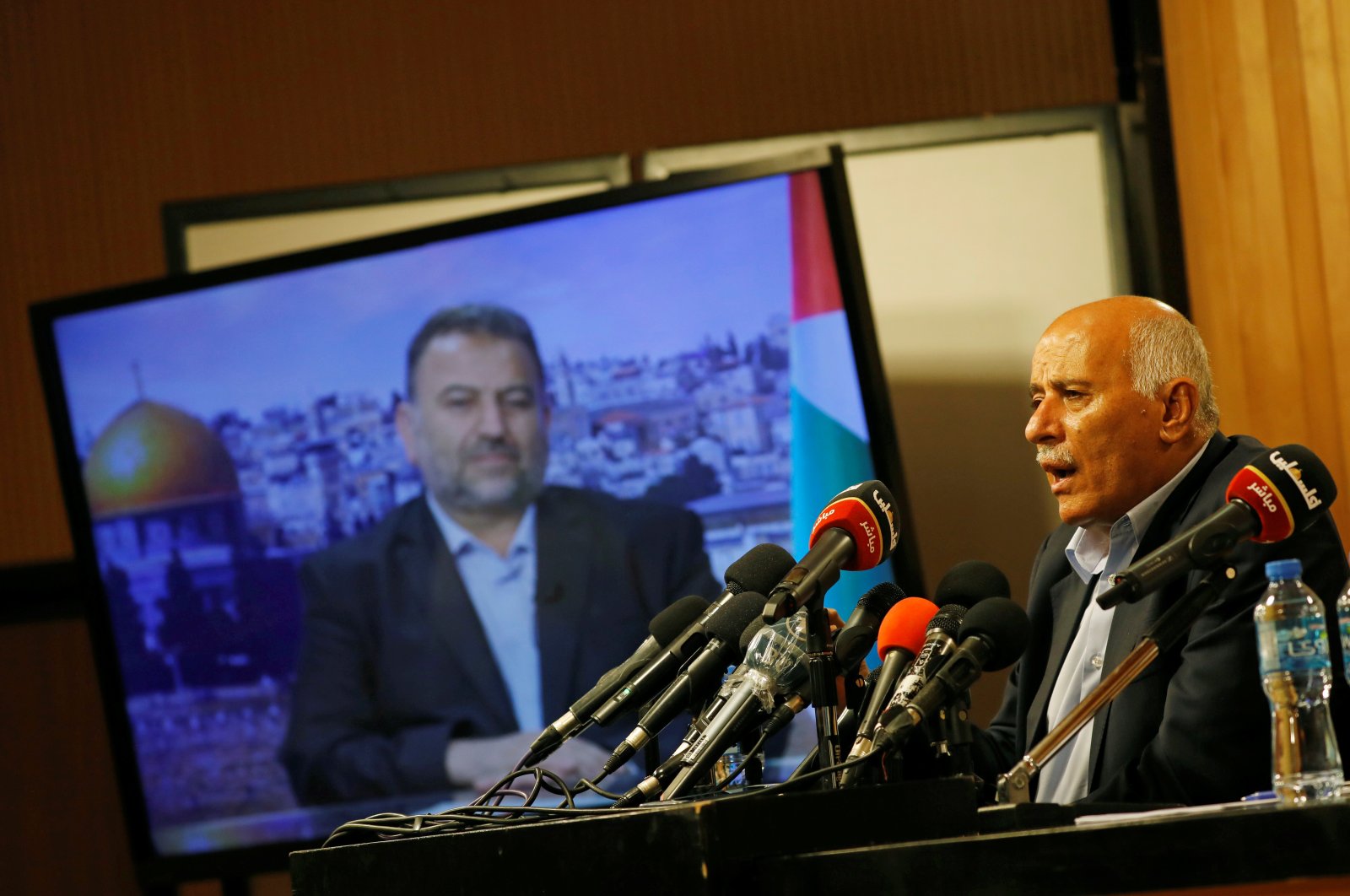 Rival Palestinian factions Fatah and Hamas pledged a united campaign against Israel's prospective plans to annex territory in the occupied West Bank, in a rare joint news conference on Thursday.

"We will put in place all necessary measures to ensure national unity" in efforts against annexation, senior Fatah official Jibril Rajub said in Ramallah at the news conference, also addressed by Hamas official Saleh Arouri by video link from Beirut.

"Today, we want to speak in a single voice," Rajub said.

Fatah, which controls the Ramallah-based Palestinian Authority, and the Hamas group that runs the Gaza Strip have been plagued by divisions for more than a decade.

Israel's coalition government agreed upon July 1 as the date from which it can begin implementing U.S. President Donald Trump's Middle East peace proposal, which paves the way for annexations of Jewish West Bank settlements and potentially the Jordan Valley.

Meanwhile, Israel's foreign minister said Wednesday he doubts Prime Minister Benjamin Netanyahu's plan to annex parts of the West Bank will start on its target date, casting further uncertainty over whether Israel would ultimately follow through on the explosive initiative that has drawn fierce international condemnation.

Netanyahu had aimed to start the process by Wednesday. The plan, unveiled in January, envisions bringing some 30% of the territory under permanent Israeli control while giving the Palestinians limited autonomy in the remaining land.

Israel annexed east Jerusalem following the 1967 Six-Day War and then the Golan Heights on the Syrian border in 1981, in moves never recognized by most of the international community.

While some settlers have urged Netanyahu to take similar action in the West Bank, some hardliners oppose the Trump plan as it envisions the creation of a Palestinian state across roughly 70% of the West Bank.

Despite the mounting headwinds, experts have stressed that Netanyahu may still move forward in the coming days, noting that he is keenly watching the U.S. presidential election and may be eager to act if he fears Trump will not win a second term.