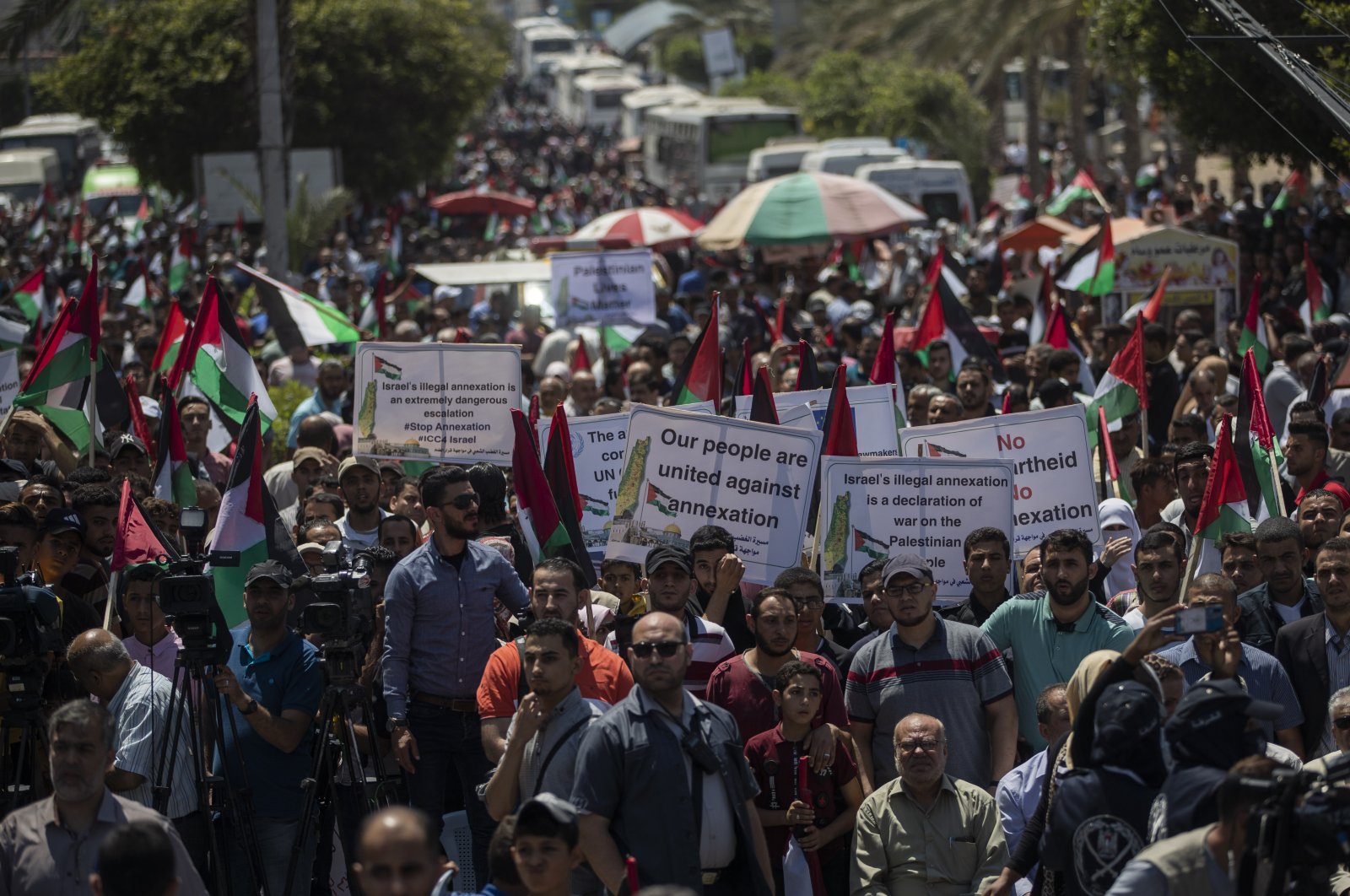 While no major announcement was expected on Israel's self-imposed kick-off date, Netanyahu's office said talks with U.S. officials "on the application of sovereignty" were ongoing.

Netanyahu was also discussing annexation with his security chiefs, it added, saying "further discussions will be held in the coming days."

Smaller demonstrations were held in the West Bank cities of Ramallah and Jericho, attended by a handful of left-wing Israeli politicians opposed to annexation.

Netanyahu supports the Trump plan, which has been roundly rejected by the Palestinians. But the veteran right-wing premier has not laid out how he intends to implement the U.S. proposals.

Writing in Israel's Yedioth Ahronoth newspaper on Wednesday, Britain's Prime Minister Boris Johnson said that although he was a "passionate defender of Israel," he viewed annexation as "contrary to Israel's own long-term interests."

"Annexation would represent a violation of international law," he said.

Australia, in a rare criticism of Israel, warned against "unilateral annexation or change in status of territory on the West Bank."

France, Germany, several other European states and the United Nations all oppose annexation.

Germany's parliament, however, passed a motion Wednesday warning against "unilateral sanctions or threats of sanctions" on Israel over annexation.

Such moves would "have no constructive effect" on the Israeli-Palestinian peace process, it said.

The EU cannot threaten sanctions against Israel without unanimous support among members.

Jordan, one of only two Arab nations that has diplomatic ties with Israel, has repeatedly warned against the move, saying annexation could trigger a "massive conflict."

Israel's defense minister and alternate Prime Minister Benny Gantz has said annexation must wait until the coronavirus crisis has been contained, amid a sharp spike in new Israeli and Palestinian cases.

Israel annexed east Jerusalem following the 1967 Six Day War and then the Golan Heights on the Syrian border in 1981, in moves never recognized by most of the international community.

While some settlers have urged Netanyahu to take similar action in the West Bank, some hardliners oppose the Trump plan as it envisions the creation of a Palestinian state across roughly 70% of the West Bank.

Despite the mounting headwinds, experts have stressed that Netanyahu may still move forward in the coming days, noting that he is keenly watching the U.S. presidential election and may be eager to act if he fears Trump will not win a second term.