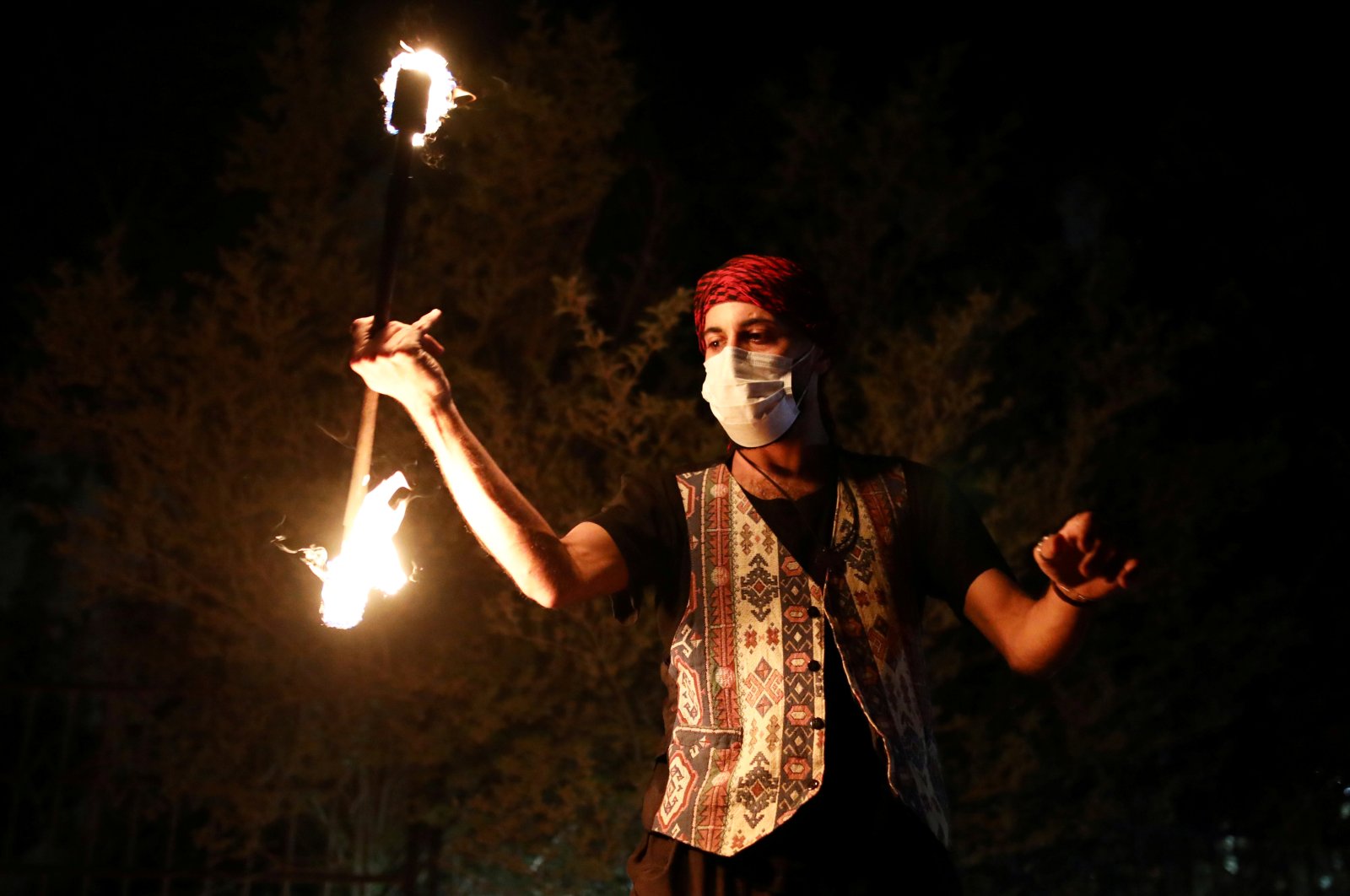 A man plays with fire next to a festive Ramadan float as it drives through a street in east Jerusalem to bring celebrations to people under the coronavirus-related movement restrictions, May 3, 2020. (Reuters)
by Reuters May 04, 2020 3:26 pm
RECOMMENDED

Fire leapt from the masked performer's twirling baton as the festive Ramadan float drove through the back streets of east Jerusalem, with children cheering and parents watching from balconies.

On the side of the wagon was the message – "Stay at home in your house. Ramadan deserves it."

Fear of the coronavirus has dampened the mood of the holy month in Jerusalem, as elsewhere, forcing Muslims to rethink traditions and find new approaches to religious and social rituals.

Amid movement restrictions, partial lockdowns and the suspension of public prayers at mosques – including Al-Aqsa Mosque and the Dome of the Rock – Al-Baha youth group realized there was little chance of audiences returning soon to their social and cultural shows.

So this year, each night after iftar, they hitch a car to a festively lit wagon topped by a Ramadan Fanoos (lantern) and drive around the streets of east Jerusalem neighborhoods such as Sheikh Jarrah, with musicians playing and singing Ramadan songs beneath street decorations.

"To be with the people and deliver happiness to them is a joy for me," said Wael Abu Saloum, 40, a musician and artist.

Some of the audience wore masks. Most stayed near their gates, but children ran alongside the float and families followed in cars as the procession snaked through back streets.

"It's so beautiful what they are doing," said Abed al-Karaki, 29, in Beit Hanina neighborhood. "For two months all the boys and girls have had to stay at home since what happened with coronavirus."