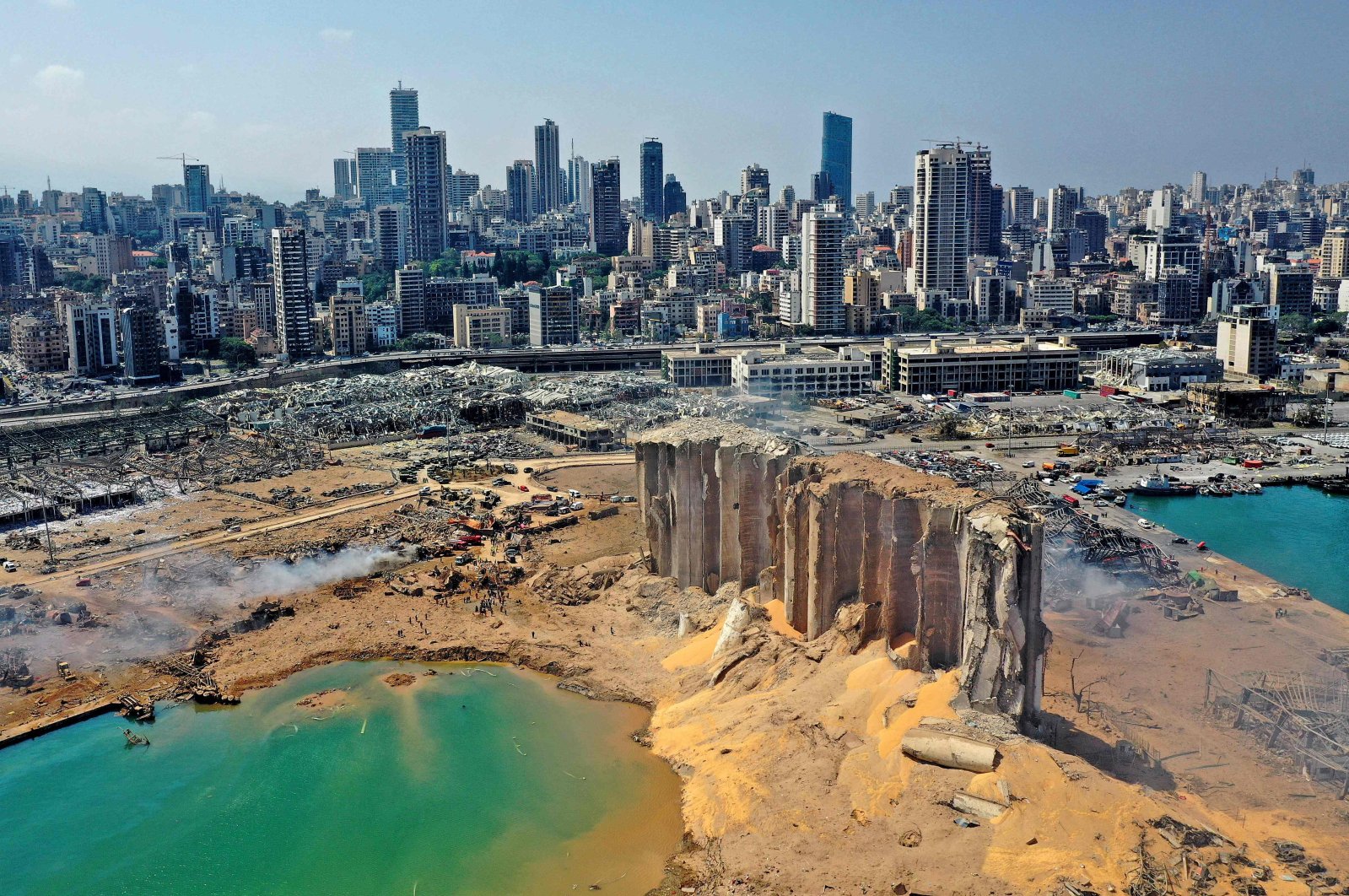 An aerial view shows the extensive damage at Beirut port's grain silos and the area around it, Aug. 5, 2020, one day after the massive explosion hit the heart of the Lebanese capital. (AFP Photo)
by REUTERS Aug 27, 2021 2:36 pm
RECOMMENDED

Lebanon's caretaker Prime Minister Hassan Diab, who failed to appear for questioning as part of the investigation into last year's Beirut port explosion, cannot be subpoenaed, the Lebanese Parliament told the judge handling the probe Friday.

Judge Tarek Bitar, leading the inquiry into the huge explosion, issued requests in July to question Diab and other top officials, including former ministers, who were charged by his predecessor with negligence over the blast.

All have denied any wrongdoing.

In a letter to the prosecutor, the secretary-general of parliament said the subpoena fell outside Bitar's jurisdiction.

The explosion on Aug. 4, 2020, was caused by a massive quantity of ammonium nitrate left unsafely at the port for years. It killed more than 200 people, injured thousands and devastated swathes of the capital.

Many people in Lebanon are furious that no senior officials have been brought to account.

The inquiry has repeatedly stalled with the first lead judge removed in February after a court granted the request of two of the former ministers he had charged with negligence for the disaster.

Influential factions have accused Bitar of bias. The powerful Shiite group Hezbollah this month accused him of playing politics.

Sunni politicians, including former Prime Minister Saad al-Hariri, have objected to the investigator's moves against Diab, saying the post of prime minister – reserved for a Sunni in the Lebanese sectarian political system – has been singled out.

In a statement late Thursday, former prime ministers, including Hariri, said President Michel Aoun, the Maronite Christian head of state, had known about the chemicals at the port and said he had done nothing effective to avoid the blast.

They said immunity should be lifted from Aoun, saying the investigation was being directed from the presidential palace.

Bitar has not commented on accusations that he is pursuing a political agenda.

After the blast, Aoun said he had been informed about the chemicals and directed the Supreme Defense Council, an umbrella group of security and military agencies chaired by the president, to "do what is necessary."

He has denied responsibility and said he was ready to testify.

Some lawmakers have been pressing for the probe into senior officials to be referred to a special council that hears cases against former presidents and ministers. Critics fear this will effectively derail the judicial inquiry.