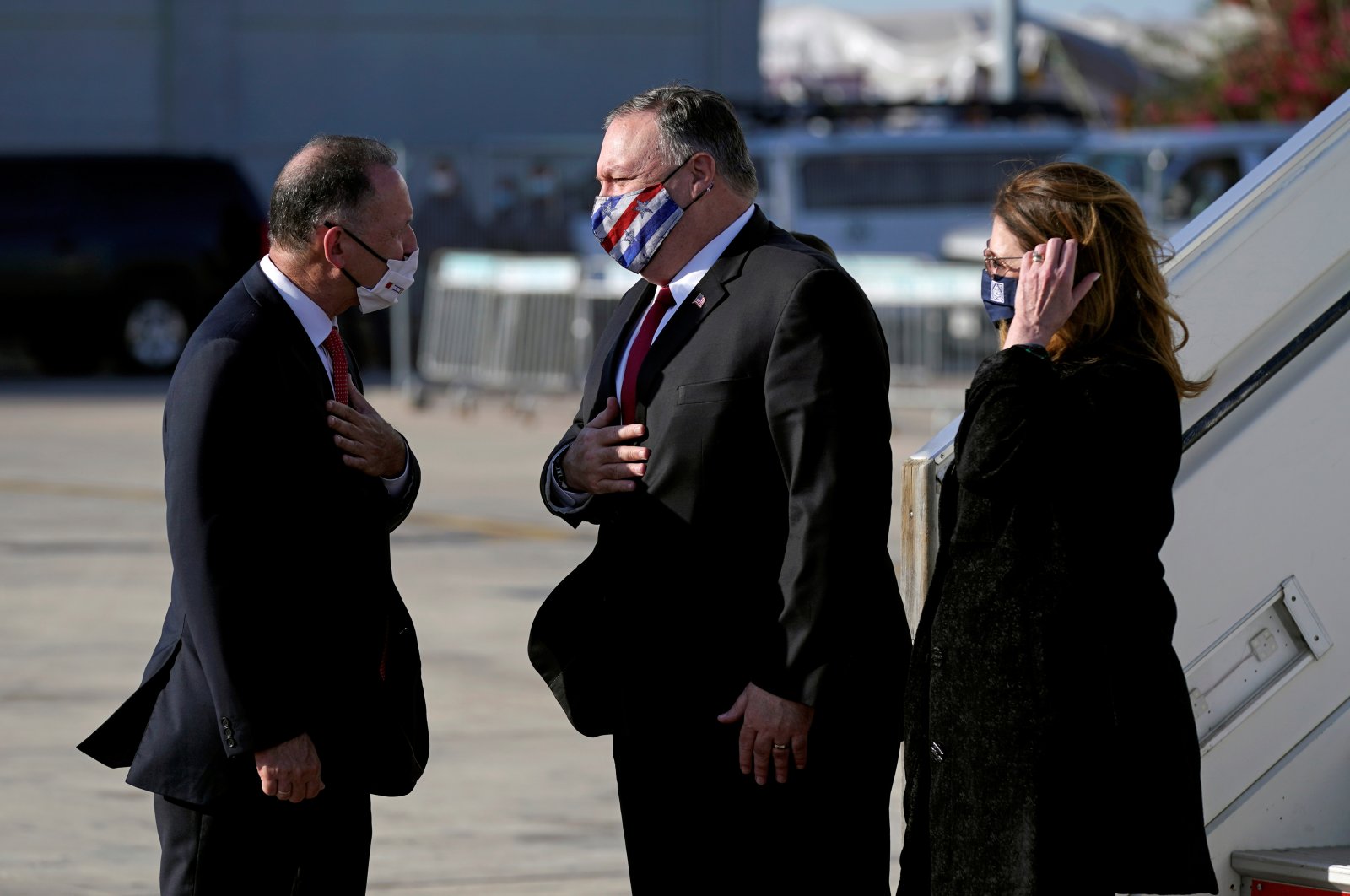 Mike Pompeo will become the first U.S. secretary of state to visit an illegal settlement in occupied West Bank, yet another gift to Israel in the final weeks of Donald Trump's presidency

The U.S. administration gives a parting gift to Israel in the final weeks of Trump's presidency as Secretary of State Mike Pompeo's expected visit to illegal Jewish settlements in the occupied West Bank this week will be the first time a top American diplomat has visited an Israeli settlement.

The Psagot winery, established in part on land the Palestinians say was stolen from local residents, is part of a sprawling network of Israeli settlements in the occupied West Bank that most of the international community views as a violation of international law and a major obstacle to peace.

Dozens of Palestinians protested Wednesday against Pompeo's visit to the occupied West Bank. Palestinians protested near Psagot, where Pompeo is expected to visit a vineyard that named a wine after him after he reversed U.S. policy on settlements last year, saying they are "not per se inconsistent with international law."

Protesters, among them Palestinian officials, denounced the visit as illegal and asserted that it would not legalize the settlements. Speaking at the demonstration, Deputy Chairman Mahmoud Aloul said his Fatah party would be "very happy to see this U.S. administration gone," calling it "an accessory to the occupation," as reported by Deutsche Presse Agentur (dpa).

Palestinians are seeking East Jerusalem as the capital of their future state, which would also include the West Bank and the Gaza Strip, though exact borders were to be agreed upon in bilateral negotiations with Israel. Israel captured the West Bank and east Jerusalem in the 1967 war, territories the Palestinians want for their future state. Since then, it has built some 130 settlements and dozens of smaller outposts, ranging from clusters of mobile homes on remote hilltops to fully developed towns. Over 460,000 Israeli settlers reside in the occupied West Bank and more than 220,000 live in annexed east Jerusalem.

Israeli settlement units in the occupied West Bank has ramped up following the 2016 U.S. election, the Associated Press reported in May 2019. The U.S.-based news agency scoured Israeli government data finding a 39% increase in 2017 on settlement infrastructure spending across the West Bank. That was the highest level in 15 years of Israeli Finance Ministry data, according to the AP.

Ahead of Pompeo's tour of the region, Israel announced to build 1,257 settlement units south of occupied Jerusalem, condemned by Palestinian experts, who say the move will "kill the two-state solution."

Israel's latest move drew further international criticism, with Turkey, the United Nations and the European Union voicing concern over the controversial move. Turkey has long urged the international community to stand against Israel's unilateral and illegal moves in the occupied Palestinian territories, stressing adherence to the two-state solution based on the 1967 border between the two nations.

Last November, the European Court of Justice (ECJ) ruled that European countries must label products originating in the settlements. The decision came after the Psagot winery, which produces 600,000 bottles a year and exports 70% of them, challenged an earlier ruling.

Israel lashed out at the decision to make the labels mandatory, saying it was unfair, discriminatory and would embolden the Palestinian-led boycott movement against Israel. A week after the ruling, Pompeo announced that the U.S. no longer considers Israeli settlements in the West Bank to be a violation of international law, reversing four decades of American policy. To express its gratitude, Psagot released a new wine called "Pompeo."

Pompeo's visit would mark a radical departure from past administrations, both Democratic and Republican, which frequently scolded Israel over settlement construction – to little effect. President Donald Trump has already broken with his predecessors by recognizing contested Jerusalem as Israel's capital and repudiating the decades-old U.S. position that settlements are inconsistent with international law. The administration has also recognized Israel's annexation of the Golan Heights, seized from Syria in the 1967 war, where Pompeo may also pay a visit.

Trump's Mideast plan, which overwhelmingly favored Israel and was immediately rejected by the Palestinians, would have allowed Israel to annex nearly a third of the West Bank, including all of its settlements.