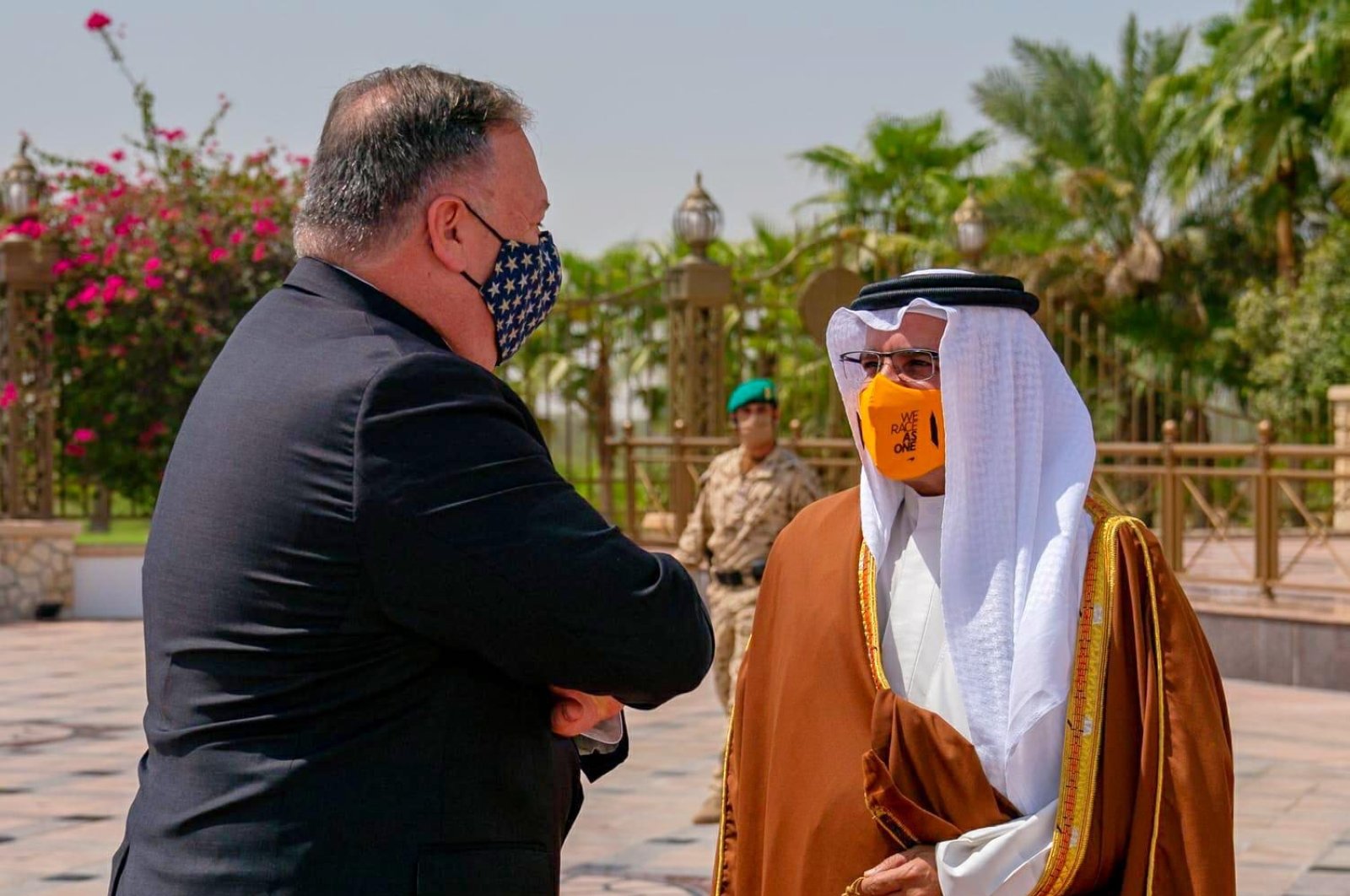 Pompeo already traveled to Israel and Sudan on this trip through the Middle East, one that included him offering a recorded message in Jerusalem supporting President Donald Trump's reelection campaign for the Republican National Convention. That speech cast aside his own advice to American diplomats to be apolitical and bulldozed a long tradition of nonpartisanship by previous secretaries of state.

Pompeo also said he discussed efforts to “advance greater unity among Gulf countries.” That is as his plane flew over Qatar on its way to the UAE, one of four Arab nations along with Bahrain now boycotting Doha over a yearslong political dispute. Typically, Bahraini and Emirati aircraft avoid Qatari airspace as they have closed their own airspace to Qatar Airways.

His meetings in Bahrain come after a U.S.-brokered deal announced Aug. 13 saw the UAE and Israel open diplomatic relations.

Bahrain, a small island nation just off the coast of Saudi Arabia in the Persian Gulf, has a historic Jewish community. The kingdom has slowly encouraged ties with Israel, with two U.S.-based rabbis in 2017 saying King Hamad himself promoted the idea of ending the boycott of Israel by Arab nations. That boycott had been in place to offer Palestinians support in their efforts to form an independent state.

In a statement after the meeting, the state-run Bahrain News Agency said King Hamad “stressed the importance of intensifying efforts to end the Palestinian-Israeli conflict.” The king said that includes a two-state solution for an independent Palestinian state with east Jerusalem as its capital – a longtime Arab stance.

Bahrain is also home to the U.S. Navy's 5th Fleet and remains a close security partner of the U.S.

Pompeo landed later Wednesday in Abu Dhabi, the capital of the seven-sheikhdom federation of the UAE. There, he met with his Emirati counterpart and the nation's national security adviser.