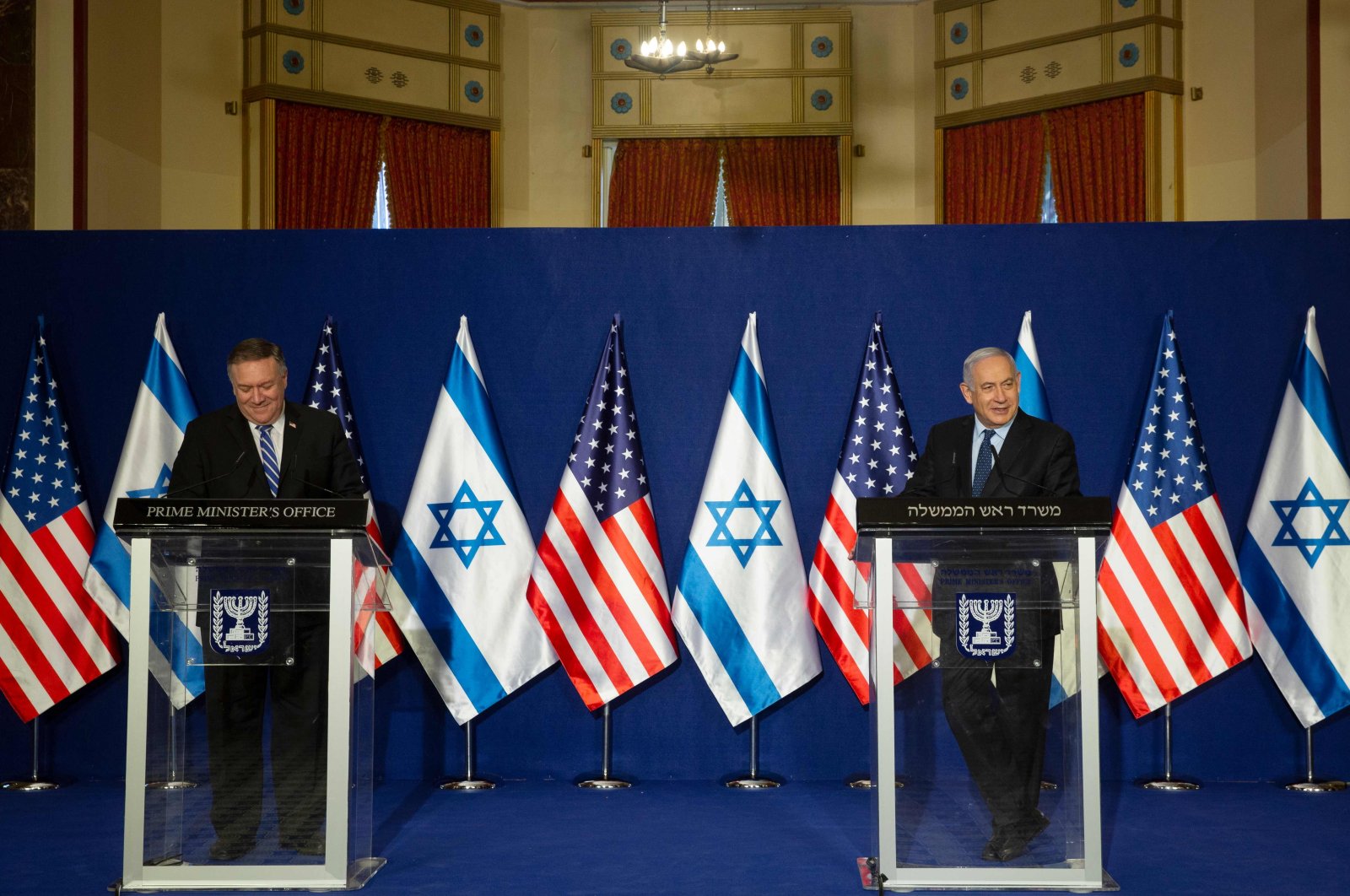 U.S. Secretary of State Mike Pompeo on Thursday became the first top U.S. diplomat to visit an Israeli settlement in the occupied West Bank, as the State Department announced that products from the settlements can be labeled “Made in Israel” in a major policy shift. The two moves reflected the Trump administration's acceptance of Israeli settlements, which the Palestinians and most of the international community view as a violation of international law and a major obstacle to peace.

"All producers within areas where Israel exercises the relevant authorities ... will be required to mark goods as 'Israel', 'Product of Israel', or 'Made in Israel' when exporting to the United States," Pompeo said in a statement Thursday, as reported by Agence France-Presse (AFP). He said the new guidelines apply "most notably" to Area C, the large part of the West Bank where Israel retains full civil and military control and where much of the settler population lives.

Over 460,000 Israeli settlers reside in the occupied West Bank and more than 220,000 live in annexed east Jerusalem.

Israel captured the West Bank and east Jerusalem in the 1967 war, territories the Palestinians want for their future state. Since then, it has built some 130 settlements and dozens of smaller outposts, ranging from clusters of mobile homes on remote hilltops to fully developed towns.

Pompeo also announced that the U.S. would brand the international Palestinian-led Boycott, Divestment and Sanctions (BDS) movement as “anti-Semitic” and bar any groups that participate in it from receiving government funding. It was not immediately clear which groups would be affected by the move.

BDS organizers cast their movement as a nonviolent way of protesting Israel's policies toward the Palestinians, modeled after the campaign that helped end apartheid in South Africa. In a statement, the BDS movement reiterated its rejection of “all forms of racism, including anti-Jewish racism,” and accused the U.S. and Israel of trying to silence advocacy for Palestinian rights.

Last November, the European Court of Justice (ECJ) ruled that European countries must label products originating in the settlements. The decision came after the Psagot Winery, which produces 600,000 bottles a year and exports 70% of them from the illegal settlement where it is located, challenged an earlier ruling. Israel lashed out at the decision to make the labels mandatory, saying it was unfair, discriminatory and would embolden the Palestinian-led boycott movement. A week after the ruling, Pompeo announced that the U.S. no longer considers Israeli settlements in the West Bank to be a violation of international law, reversing four decades of American policy.

Pompeo's visit Thursday marks a radical departure from past administrations, both Democratic and Republican, which frequently scolded Israel over settlement construction – to little effect. President Donald Trump has already broken with his predecessors by recognizing contested Jerusalem as Israel's capital and repudiating the decades-old U.S. position that settlements are inconsistent with international law. The administration has also recognized Israel's annexation of the Golan Heights, seized from Syria in the 1967 war, where Pompeo may also pay a visit.

Trump's Mideast plan, which overwhelmingly favored Israel and was immediately rejected by the Palestinians, would have allowed Israel to annex nearly a third of the West Bank, including all of its settlements.