Post-blast Lebanon only has 6-week supply of flour, UN reports 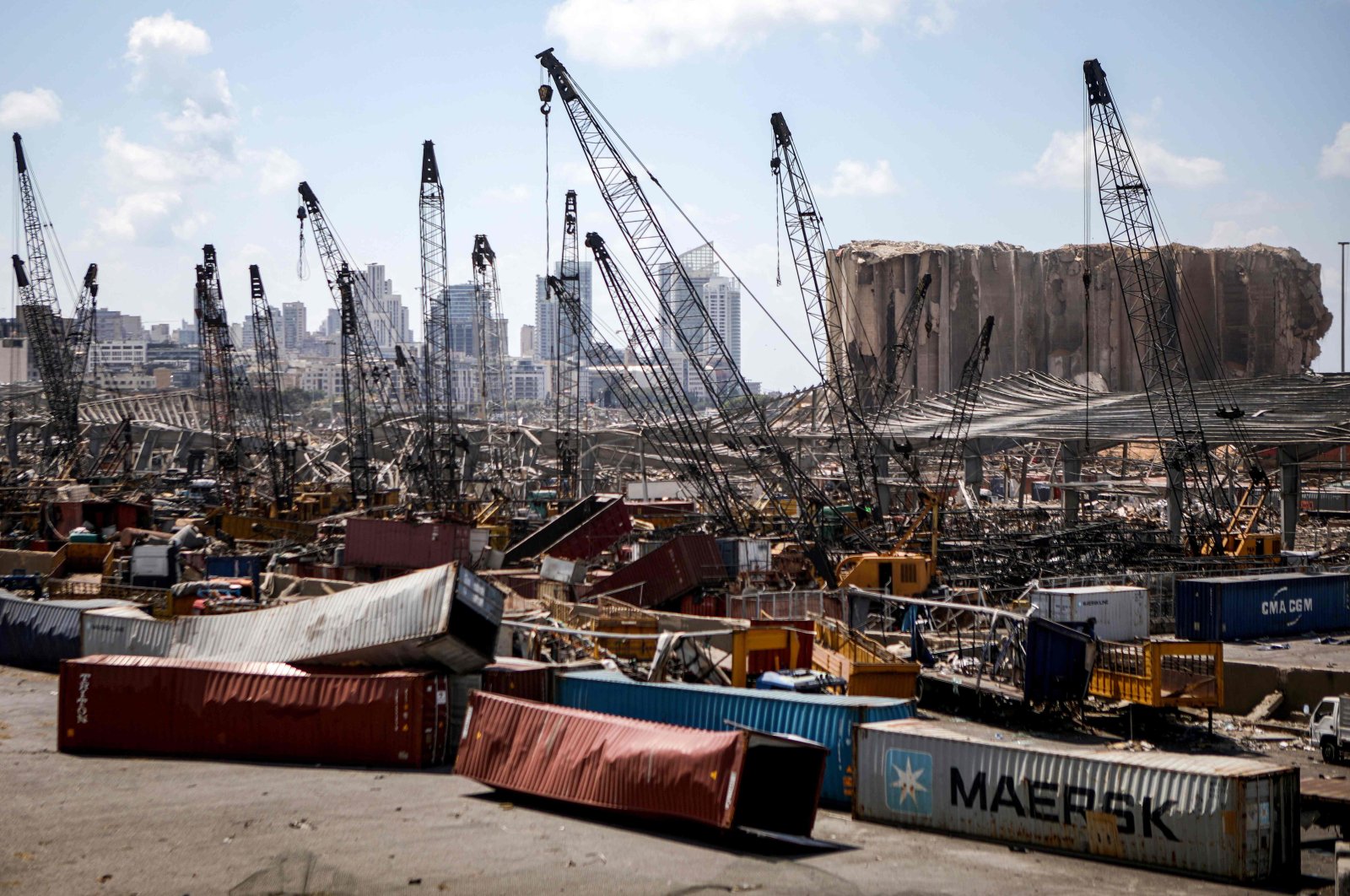 Destroyed freight containers sit under cranes against the backdrop of grain silos damaged in an explosion last week at the Port of Beirut in Lebanon's capital, Aug. 9, 2020. (AFP Photo)
by DAILY SABAH WITH AGENCIES Aug 12, 2020 2:11 pm

As the Beirut port explosion destroyed tons of wheat as well as Lebanon’s main grain silos, the country has a flour supply for only six weeks, the U.N. reported, revealing an already grim food security outlook

Growing food insecurity threatens crisis-hit Lebanon with current flour reserves estimated to cover market needs for only six weeks after the deadly blast at Beirut's port destroyed its only silo with all the private stocks held there, a United Nations report said on Tuesday.

The massive explosion of nearly 3,000 tons of ammonium nitrate in Beirut's port killed more than 170 people, injured about 6,000 others and caused widespread damage. The blast destroyed 15,000 metric tons of wheat as well as Lebanon’s main grain silos, meaning 85% of the country's food is imported and that it came through the Port of Beirut.

A Reuters report on Friday found the Lebanese government, unlike many wheat import-dependent nations, had not kept a strategic stockpile of wheat and all the private stocks of the grain held in the Beirut grain silo at the port were destroyed in the blast that rocked the city on Aug 4.

World Food Programme (WFP) Executive Director David Beasley underscored the urgency of quickly getting the port up and running. The country, which imports almost everything it uses, relies on container ships to bring in items ranging from refrigerated food cargos to clothing and other consumer goods. However, the U.N. stated that the Beirut port is expected to remain inoperable for at least a month. Damage at the port from the blast is under assessment and most traffic is being diverted to Tripoli, which has only about a third of Beirut's capacity.

Beirut's container port has an annual average capacity of just over 1 million TEUs (20-foot equivalent units), compared with Tripoli's 400,000 TEUs, which could be enlarged to 600,000 TEUs and a maximum of 750,000 TEUs if more cranes are installed, shipping data shows.

Lebanon consumes between 35,000 to 40,000 tons of wheat a month. The country has 32,000 tons of flour in addition to 110,000 tons that have arrived or will arrive in the coming two weeks, the economy minister said on Wednesday. "This means we have enough for four months," Raoul Nehme said in a tweet. The WFP is also sending 17,000 metric tons of flour as the first batch of a 50,000-metric ton supply plan.

For the Lebanese people, who have watched helplessly as their economy has collapsed in recent months, the devastating explosion in Beirut is one disaster too many. The deadly blasts struck at a time when Lebanon's currency has plummeted against the dollar, businesses have closed en masse and poverty has soared at the same alarming rate as unemployment. In recent months, the Lebanese pound has lost around 80% of its value against the dollar and prices have skyrocketed uncontrollably. Talks with the International Monetary Fund (IMF) for a bailout have faltered, and international donors have refused to unlock $11 billion pledged in 2018, pending major economic reforms and anti-corruption measures.

Nearly half of the Lebanese population now lives below the poverty line, according to official statistics. Economic difficulties were a key driver of mass protests that began last year against a political system widely seen as corrupt and inept. The economic crisis has been compounded by the loss of income caused by restrictions to stem the COVID-19 pandemic. Two-thirds of Lebanese households have seen their income drop, according to a WFP survey in June, while two-fifths of those questioned had gone into debt to buy food or pay rent.