Priest convicted in France may have abused dozens in Lebanon 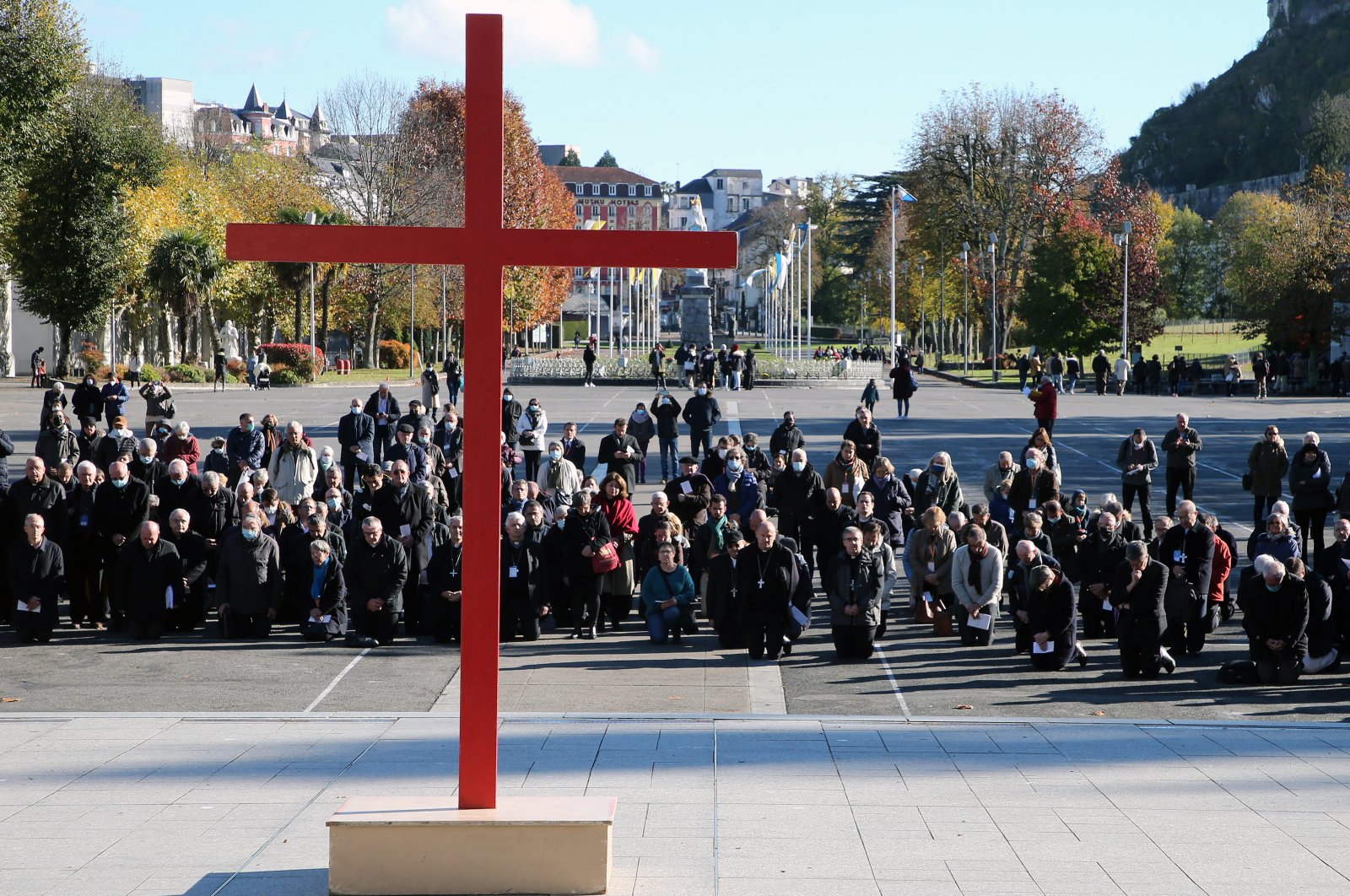 Bishops gesture on the forecourt of the Notre-Dame-du-Rosaire basilica in the sanctuary of Lourdes, southwestern France, Saturday, Nov. 6, 2021 during a ceremony, part of The Bishops' Conference, the first after a commission revealed the level of sex abuse within the Roman Catholic church in France. (AP Photo)
by Anadolu Agency Nov 13, 2021 3:34 pm
RECOMMENDED

A Lebanese priest sentenced in absentia to 15 years in prison by a French court for sexually abusing three girls in France is estimated to have sexually abused 50 people in France and twice that number in Lebanon, a French lawyer said.

The Caen Criminal Court in western France convicted 81-year-old priest Mansour Labaki on Nov. 8 for sexually abusing the girls in a dormitory he opened and managed for Lebanese orphans in Douvres-la-Delivrande between 1991 and 1998.

A case was filed in April 2013 by one of the victims, who was sexually assaulted at the age of 13.

Labaki has stayed in Lebanon since then and has never attended the hearings. He does not have the right to appeal the decision and will be imprisoned if he enters France.

"I'm afraid as long as the Lebanese government does not hand over Labaki, France has no chance of sending him to prison," Solange Douminic, who has been the victim's lawyer since 2013 and one of the main lawyers of the case, told Anadolu Agency.

"He never came (to court) because he knew he would be arrested," the lawyer said, adding that it is believed he sexually abused or raped many more.

"We were able to count that 50 people were subjected to sexual abuse or rape as part of the investigation (in France)," Douminic said. "We can easily imagine that this number is double in Lebanon."

Earlier, Labaki had denied all accusations against him, calling them a conspiracy.

Celeste Akiki, Labaki's niece and one of three victims in question, said in a previous statement that her uncle has strong links with religious authorities, which is why he remains unharmed in Lebanon.