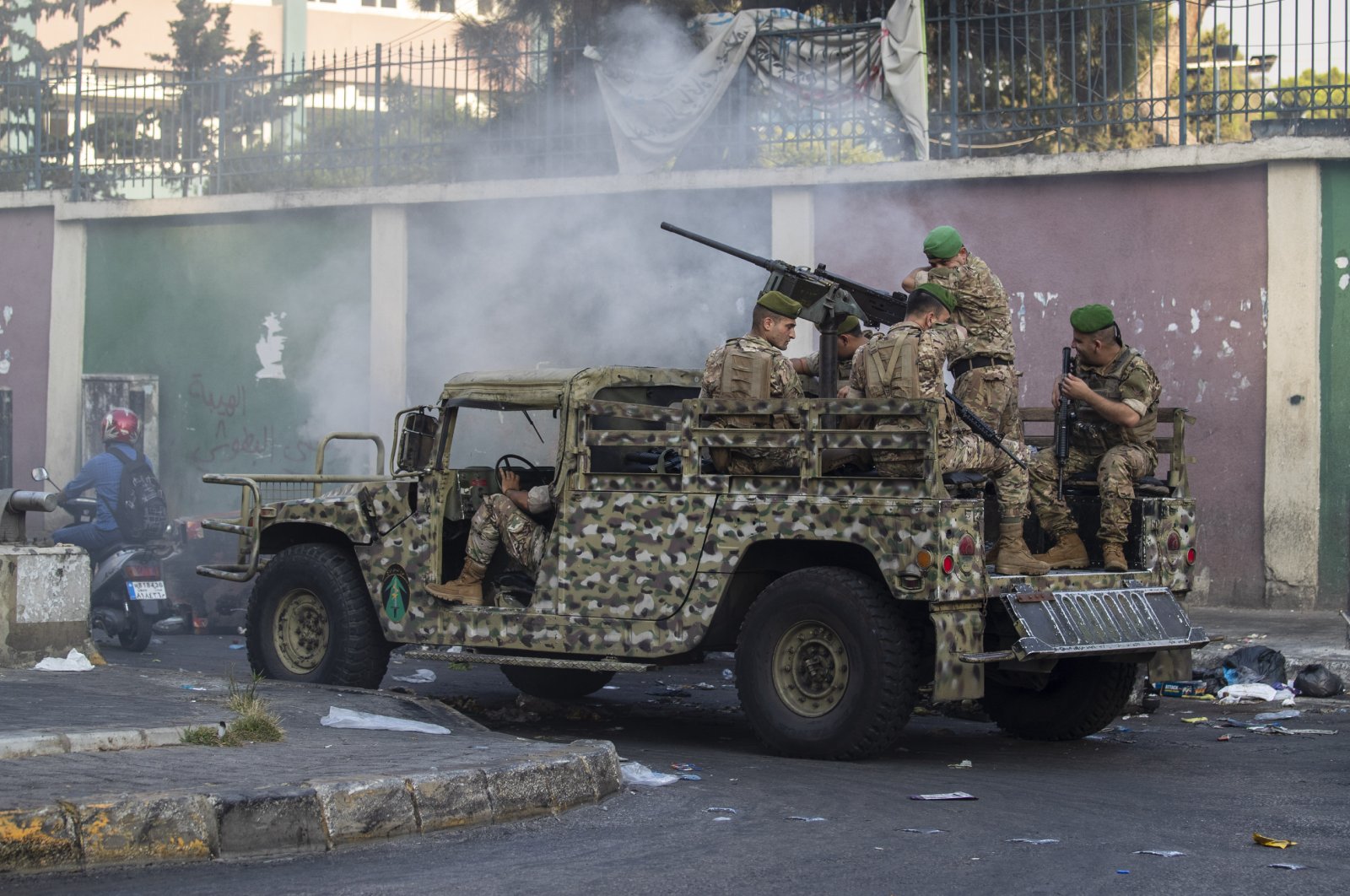 An army vehicle passes by garbage containers and tires that were set on fire by anti-government protesters, Beirut, July 2, 2020. (AP Photo)
by Compiled from Wire Services Jul 06, 2020 2:56 pm
RECOMMENDED

Lebanese protesters blocked several roads in the capital Beirut on Monday, amid growing anger over deteriorating economic conditions in the country. In a statement, Lebanon's traffic control room said demonstrators burned tires and blocked roads in the capital in protest of frequent power blackouts. Drivers also staged a protest outside the headquarters of the Interior Ministry in the Sanayeh area of Beirut to demand the cancellation of mechanics and inspection fees. They also called for reducing fuel prices.

Meanwhile, dozens of laid-off teachers staged a sit-in in front of the Ministry of Education in Beirut against what they describe as "arbitrary dismissals in educational institutions."

Lebanon is suffering from high unemployment, slow growth and one of the highest debt ratios in the world. With this economic failure, protesters have intensified their demonstrations against the government and the political system in general. Lebanon – one of the most indebted countries in the world with sovereign debt of more than 170% of (gross domestic product) GDP – went into default in March. It started talks with the International Monetary Fund (IMF) in May in a bid to unlock billions of dollars in financial aid.

The main displeasure of the Lebanese people appears to be with the current political system. From October to January, mass protests were held demanding fundamental change to the political system. Former Prime Minister Saad Hariri, who included Hezbollah members in his Cabinet, resigned in late October in the face of major street protests. His resignation led to another crisis, as parties failed to reach a compromise for a new government. The movement was initially launched in reaction to a proposed tax on internet call services such as WhatsApp but has since gained momentum as anger continues to grow against the ruling elite and the country's political system at large. At the national level, the protests aim to address the deterioration of economic opportunities in the country. High unemployment, high tax rates, a lack of infrastructure, energy shortages and limited access to basic needs have all been sources of public frustration.

The coronavirus pandemic has exacerbated the situation in the country, with the government extending measures to curb the spread of the virus.

Lebanese politicians are pleading with them to come to the rescue again. Prime Minister Hassan Diab on Tuesday called on them to “come with dollars.” Christian party leader Samir Geagea suggested each expatriate family abroad to “adopt” a family in Lebanon for $200 a month to stave off hunger. One lawmaker sparked outrage by saying Lebanon is now “cheap” in an attempt to attract expatriates and tourists after the currency collapse.