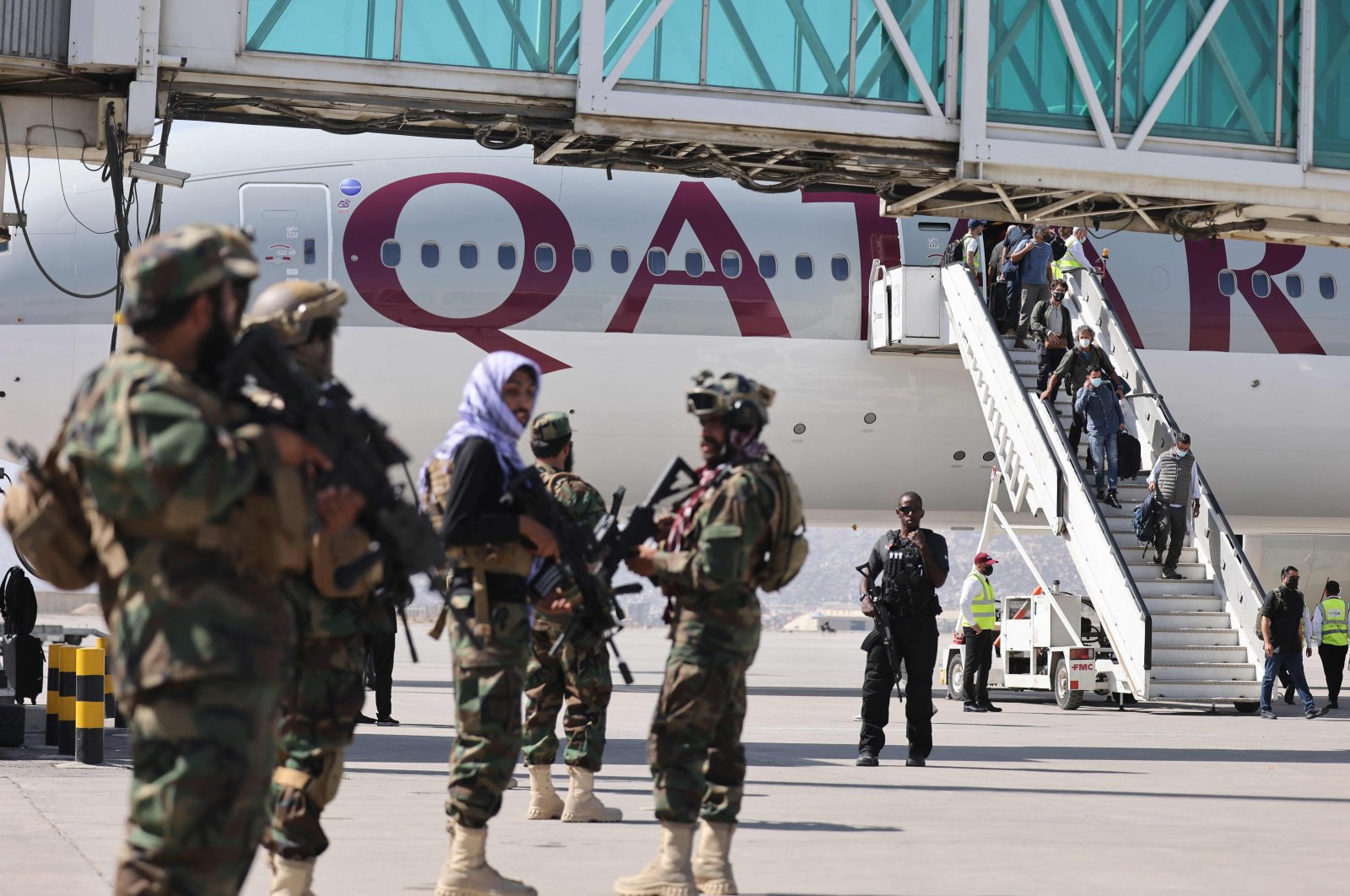 Fighters of the Taliban Badri 313 military unit stand guard as passengers on board a Qatar Airways aircraft disembark at the airport in Kabul, Afghanistan, Sept. 14, 2021. (AFP File Photo)
by REUTERS Sep 19, 2021 6:16 pm
RECOMMENDED

A second Qatari official said there were 236 passengers, making it the largest evacuation flight since the withdrawal of U.S. and allied forces ended on Aug. 31.

"Qatar will continue its collaboration with international partners on efforts that ensure freedom of movement in Afghanistan, while working with various parties on the ground towards more general progress in the country moving forward," the second official said.

The passengers will initially stay in a compound in the Qatari capital Doha that is hosting Afghans and other evacuees.

Qatar has emerged as a key interlocutor between the West and the Taliban. The Gulf state is a close U.S. ally, hosting the largest American military base in the Middle East, and has hosted a Taliban political office since 2013.

Many thousands of Afghans remain desperate to get out, afraid of what Taliban rule might hold. The Taliban have repeatedly said foreigners and Afghans with proper travel documents could leave. But their assurances have been met with skepticism, even with the departure of the Qatar flight.

U.S. lawmakers, veterans groups and others are pressing the Biden administration to ensure that former Afghan military interpreters and others who could be in danger of Taliban reprisals for working with the Americans are allowed to leave.