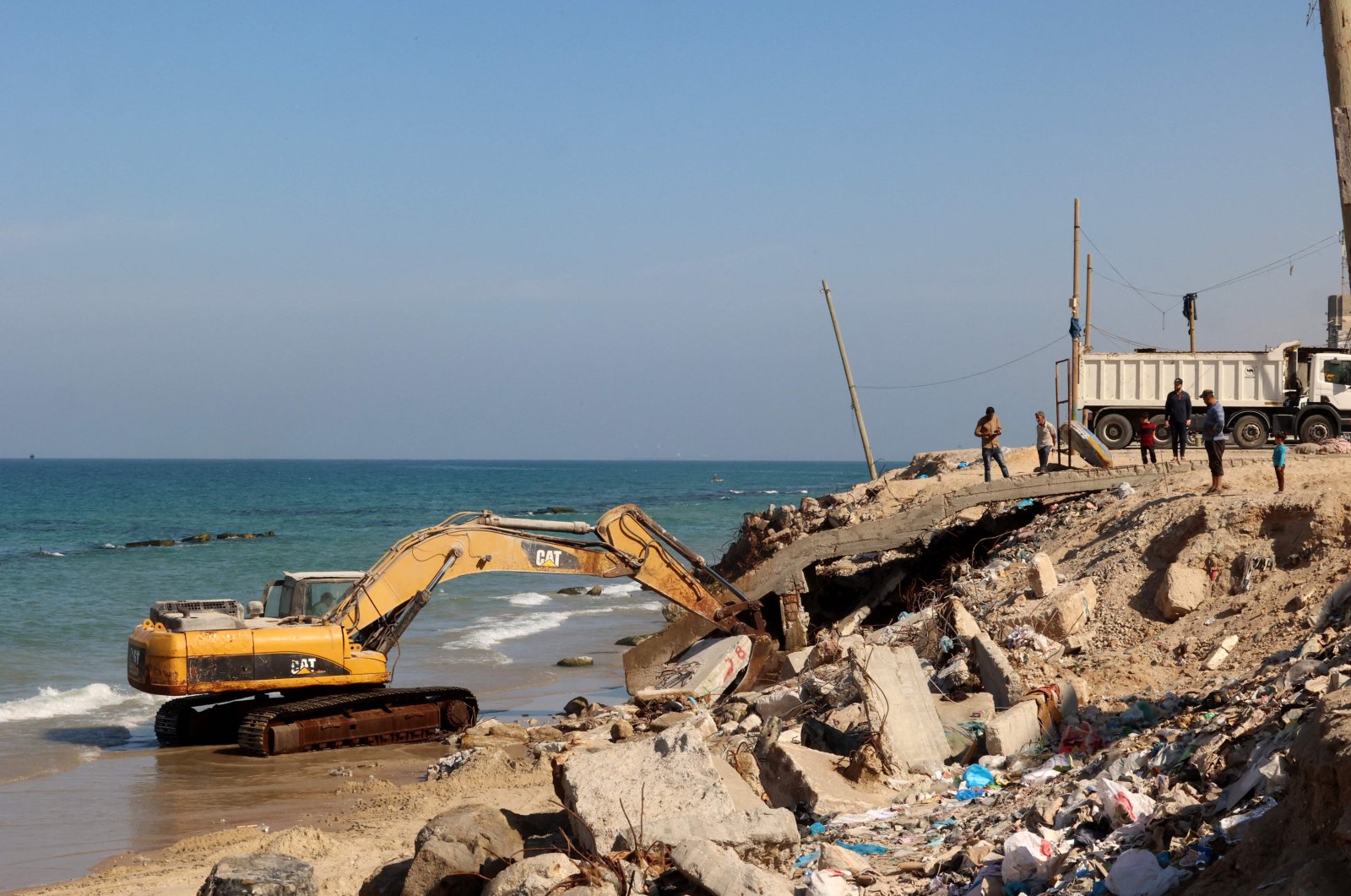 Palestinian workers operate a bulldozer to set up stilts in the Mediterranean sea to protect the beach from drifting, using simple materials available in the besieged Gaza Strip, Nov. 11, 2021. (AFP Photo)
by Agencies Nov 18, 2021 12:23 am

Qatar and Egypt have reached an agreement to supply fuel and basic building materials to the Gaza Strip, the Qatari foreign ministry said Wednesday.

The announcement was made by the Qatari minister of state for foreign affairs in Oslo on Wednesday, it added.

Gaza has been under a tightened Israeli blockade since 2007 in which most basic goods still enter the region under highly restricted measures.

On the issue of talks between the Palestinians and the Israelis, he said Egypt wants to see the new Israeli government and the Palestinian leadership in Ramallah start some kind of political dialogue.

Peace talks between the Palestinian and Israeli sides collapsed in 2014 after Israel retracted from its decision to release the fourth batch of former prisoners and for refusing to halt its settlement plans.

The Egyptian intelligence chief also revealed that he will visit Israel later this month for talks with Prime Minister Naftali Bennett and other senior officials, adding he will also meet with Palestinian President Mahmoud Abbas in Ramallah in the central West Bank.