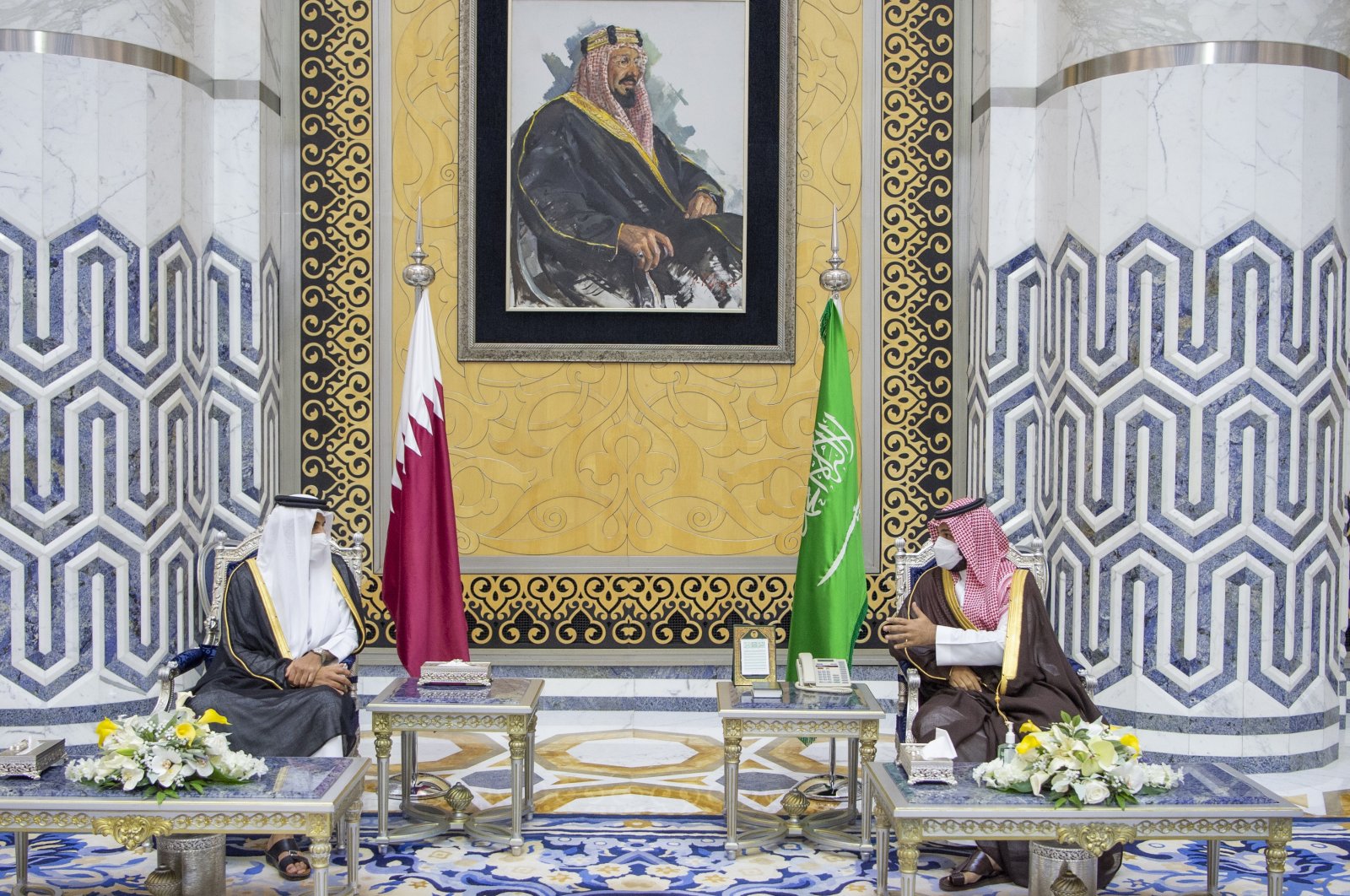 Qatar's emir arrived in Saudi Arabia Monday in his first visit to the country since signing a declaration to end a bitter three-year rift.

They later held talks on "bilateral relations and the means to enhance them in different fields," the state-run Qatar News Agency said.

The meeting highlights how ties between the neighbors are improving following a decision earlier this year by Saudi Arabia to end its more than three-year-long embargo of the wealthy Gulf state. It also signals a Saudi reset in foreign policy as a new administration led by President Joe Biden reassess United States-Saudi ties.

Qatar's emir was last in Saudi Arabia for a high-level Gulf Arab summit that took place in January and which concluded with a declaration to ease the rift. It was his first visit to the kingdom since ties had frayed in mid-2017.

Qatar, which is hosting the FIFA World Cup next year, emerged from the spat largely unscathed and resolute in the face of the assault. The campaign, led by the United Arab Emirates, Saudi Arabia, Egypt and Bahrain, achieved little in the face of forcing Qatar to change its policies and pushed the gas-rich nation in closer alliance with Turkey and Iran.

Qatar rejected the quartet's demands, which included that it shutters its Al Jazeera news network, expel a small contingency of Turkish troops from its territory and cut ties with the Muslim Brotherhood. Doha, meanwhile, continued to strengthen its relationship with Washington and denied the allegations made by the quartet that it supports "extremists."

While direct flights and business ties were set to resume between Qatar and the quartet nations, the Qatar-based Al Jazeera Arabic and English news websites continue to be blocked in the UAE.

Meanwhile, Turkish Foreign Minister Mevlüt Çavuşoğlu is traveling to Saudi Arabia for a two-day visit as Turkey seeks to mend ties with the kingdom that hit an all-time low over the 2018 killing in Istanbul of Saudi journalist Jamal Khashoggi.

The visit is the first by a high-level Turkish official since the killing of Khashoggi by Saudi agents inside the kingdom’s consulate.