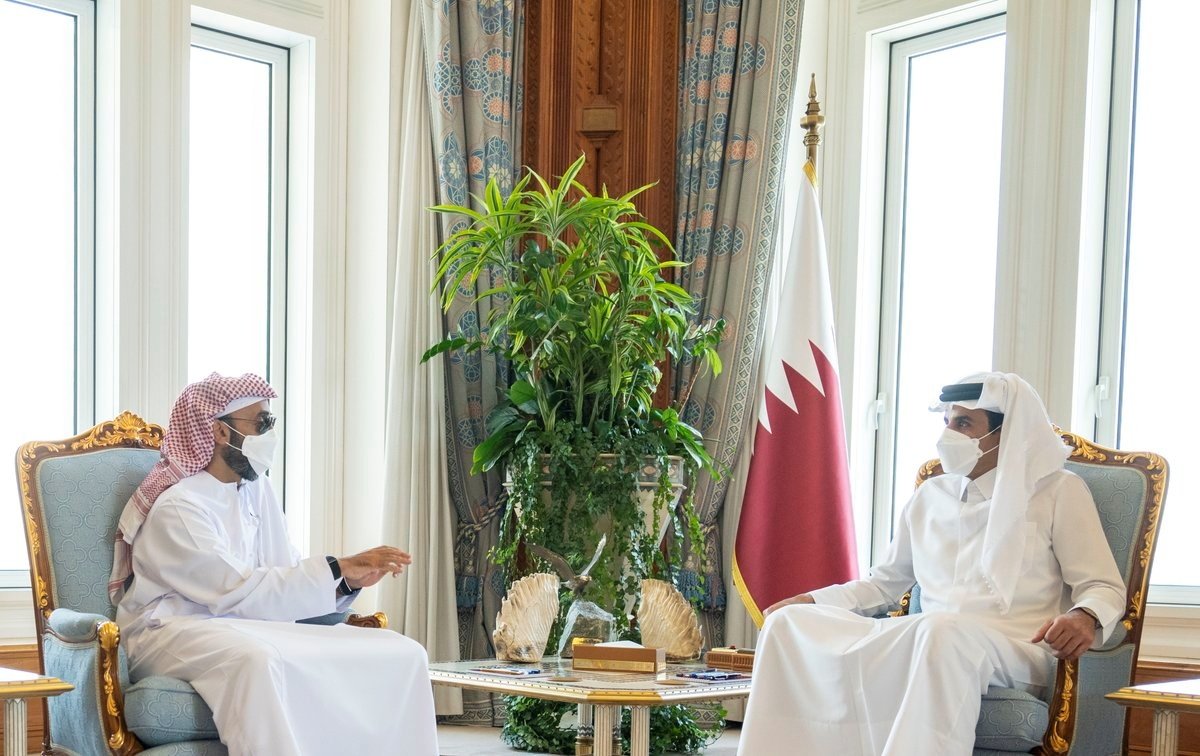 Emir of Qatar Sheikh Tamim bin Hamad Al Thani met with a brother of the de facto ruler of the United Arab Emirates (UAE) on Thursday, a statement by the Qatari ruler's office said.

Saudi Arabia, the UAE, Bahrain and Egypt agreed in January to end the dispute that had led them to sever ties with Qatar in 2017 over accusations that Doha supported terrorism. Doha denied the charges.

Riyadh and Cairo have led efforts to mend ties and appointed ambassadors to Qatar, while Abu Dhabi and Manama have yet to do so. All but Bahrain have restored travel and trade links.

Saudi Arabia and the UAE have sought to contain regional tensions, including with their rival Iran, as the United States on which they have long relied for security reduces its military involvement in the wider region.

The two nations could gain from investment by small but wealthy Qatar, the world's top supplier of liquefied natural gas.

Sheikh Tahnoun's visit to Doha follows another rare trip that he made last week to Turkey, an ally of Qatar. The UAE has been at odds with Turkey on several regional issues, including over the conflict in Libya where the two states have backed rival sides.

Turkey has also moved to overcome tensions with Saudi Arabia and Egypt that have hurt the Turkish economy.

Another senior Emirati official said last week the UAE was "building bridges" as it focuses on economic development in its domestic and foreign policy.