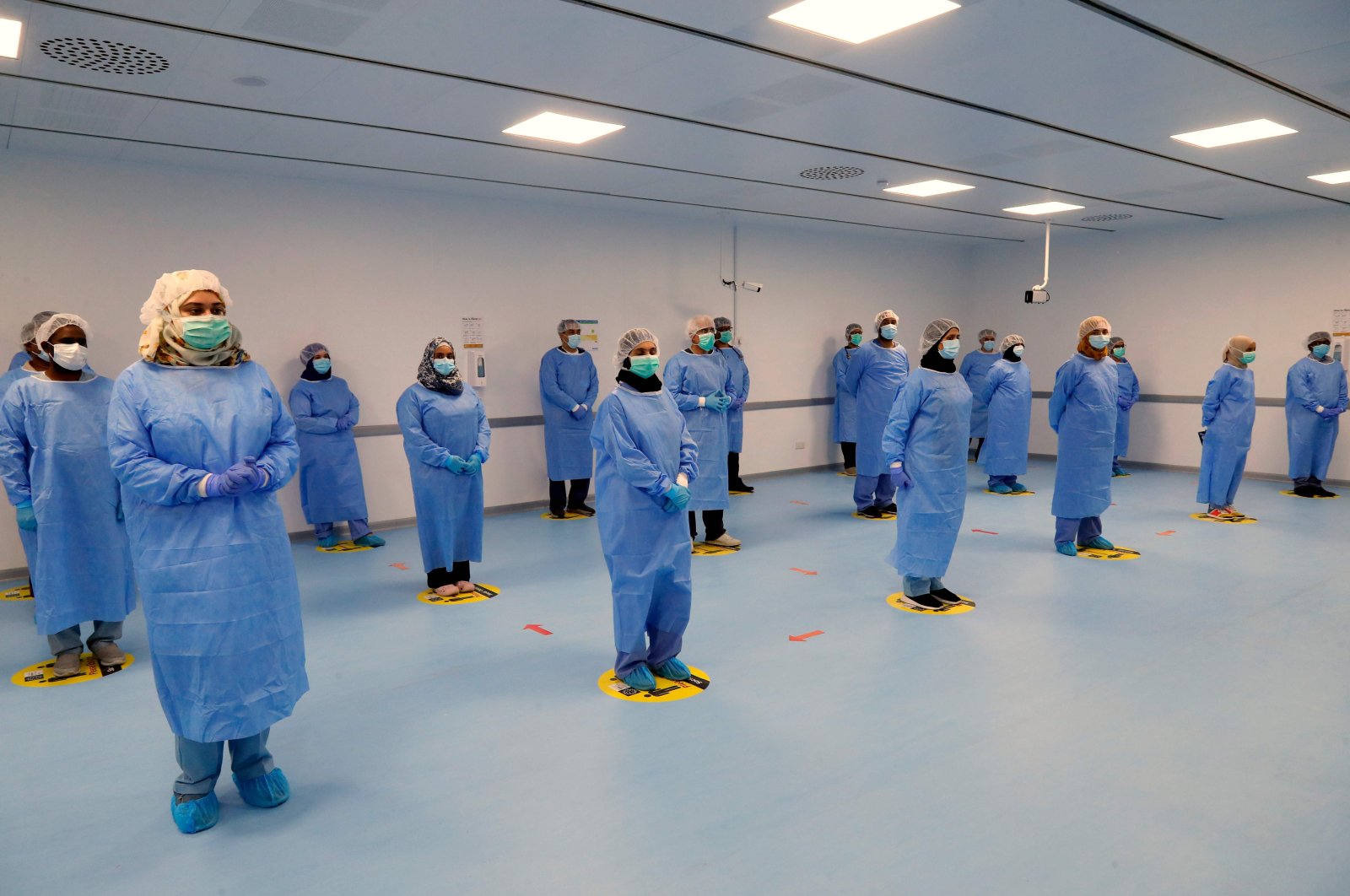 A field hospital in Doha set up by Qatari authorities to treat people infected with the coronavirus is pictured, May 11, 2020. (AFP Photo)
by French Press Agency - AFP May 17, 2020 10:02 am
RECOMMENDED

Qatar on Sunday began enforcing the world's toughest penalties of up to three years' imprisonment for failing to wear masks in public, as it battles one of the world's highest coronavirus infection rates.

Only the micro-states of San Marino and the Vatican had higher per capita infection rates, according to the European Centre for Disease Prevention and Control.

Violators of Qatar's new rules will face up to three years in jail and fines of as much as $55,000.

Drivers alone in their vehicles are exempt from the requirement, but several expats told Agence France-Presse (AFP) that police were stopping cars at checkpoints to warn them of the new rules before they came into force.

Wearing a mask is currently mandatory in around 50 countries, although scientists are divided on their effectiveness.

Authorities in Chad have made it an offense to be unmasked in public, on pain of 15 days in prison. In Morocco, similar rules can see violators jailed for three months and fined up to 1,300 dirhams ($130).

Qatari authorities have warned that gatherings during the Muslim fasting month of Ramadan may have increased infections.

Abdullatif al-Khal, co-chair of Qatar's National Pandemic Preparedness Committee, said Thursday that there was "a huge risk in gatherings of families" for Ramadan meals.

"(They) led to a significant increase in the number of infections among Qataris," he said.

Mosques, along with schools, malls and restaurants remain closed in Qatar to prevent the disease's spread.

But construction sites remain open as Qatar prepares to host the 2022 World Cup, although foremen and government inspectors are attempting to enforce social distancing rules.

Officials have said workers at three stadiums have tested positive for the highly contagious respiratory virus. Masks have been compulsory for construction workers since April 26.

Tens of thousands of migrant laborers were quarantined in Doha's gritty Industrial Area after a number of infections were confirmed there in mid-March, but authorities have begun to ease restrictions.

Khal said that most new cases were among migrant workers, although there has been a jump in infections among Qataris. He said the country had not yet reached the peak of its contagion.

Rights groups have warned that Gulf laborers' cramped living conditions, communal food preparation areas and shared bathrooms could undermine social distancing efforts and speed up the spread of the virus.