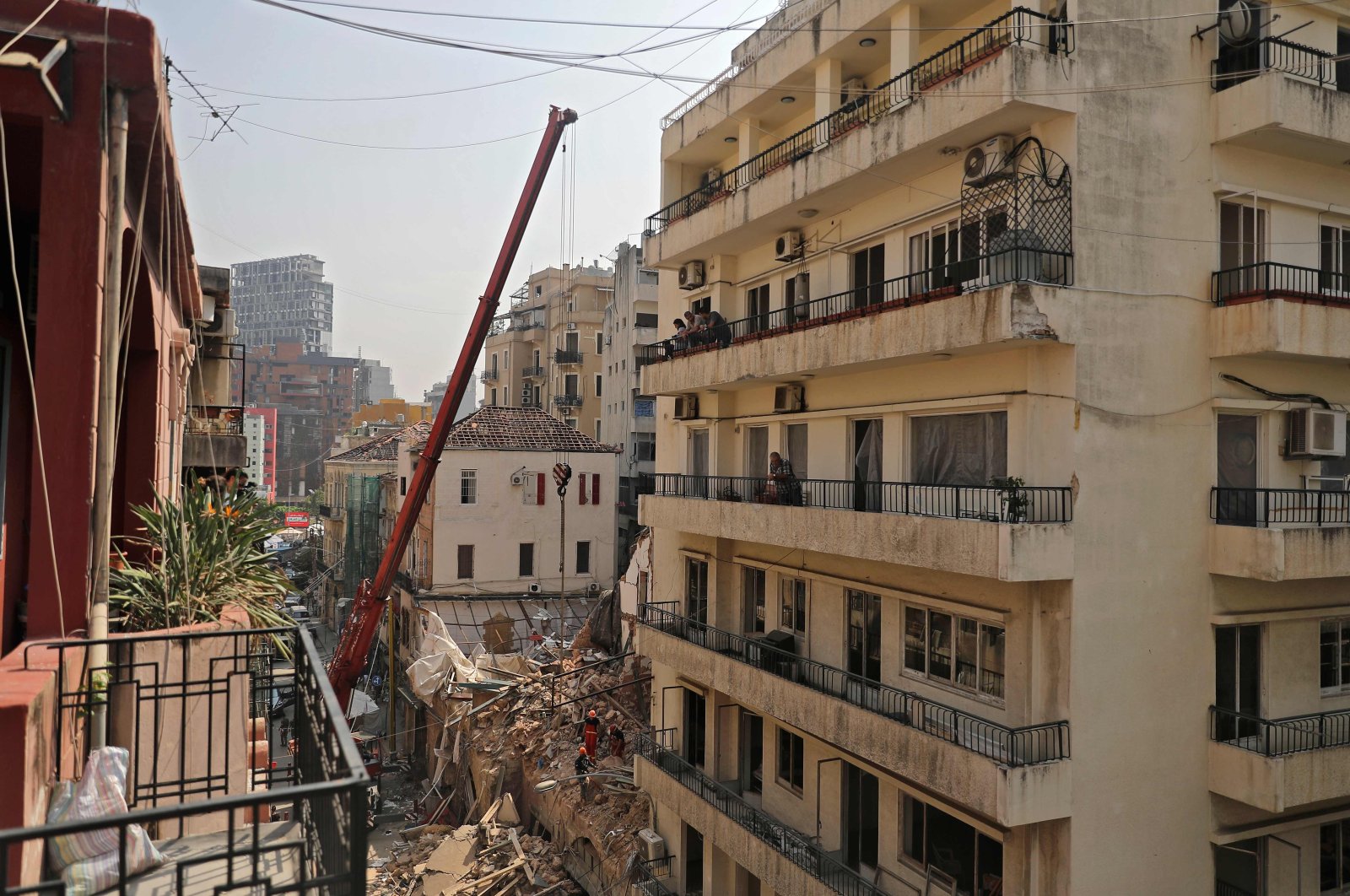 Emergency crews scoured rubble Friday for a possible survivor in Beirut after the detection of a pulse drew crowds hopeful of a miracle one month on from a devastating explosion.

The search was taking place exactly a month since the massive blast that killed 190 and wounded thousands of people and traumatized a country that had already been suffering for months under a severe economic crisis and financial collapse.

On Aug. 4, a massive blast ripped through Beirut's port, killing at least 190 people and injuring another 6,000. Seven people are still unaccounted for, according to the Health Ministry.

The search operation unfolding in Beirut's historic Gemmayzeh district on a street once filled with crowded bars and restaurants has gripped the nation for the past 24 hours. The idea, however unlikely, that a survivor could be found a month later gave hope to people who followed the news on television, wishing for a miracle.

Search operations first began Thursday afternoon after a sniffer dog belonging to a Chilean search and rescue team called TOPOS detected something while the team was touring Gemmayzeh, and rushed toward the rubble. Images of the black and white 5-year-old dog named Flash have circulated on social media with people describing him as a hero. Lebanese broadcaster MTV said the rescue workers had detected a sign of life again on Friday, but that it was weaker than the previous day.

After hours of searching, the work was suspended briefly before Thursday midnight, apparently to search for a crane. That sparked outrage among protesters who arrived at the scene claiming the Lebanese army had asked the Chilean team to stop the search. In a reflection of the staggering divide and people's lack of trust in authorities, some protesters donned helmets and started searching the rubble themselves while others called for cranes.

Members of Lebanon’s Civil Defense team returned an hour after midnight and resumed work. The army issued a statement Friday in response to the criticism, saying the Chilean team stopped work half an hour before midnight fearing that a wall might collapse on them. It added that army experts inspected the site and two cranes were brought in to remove the wall after which the search resumed.

Lebanon, already mired in an economic crisis before the port blast laid waste to swathes of the capital, is not equipped for disaster management. The country lacks the equipment and expertise to handle advanced search and rescue operations which are now being supported by experts from Chile, France and the United States.