Rescuers sift through Beirut debris as hope fades for survivors 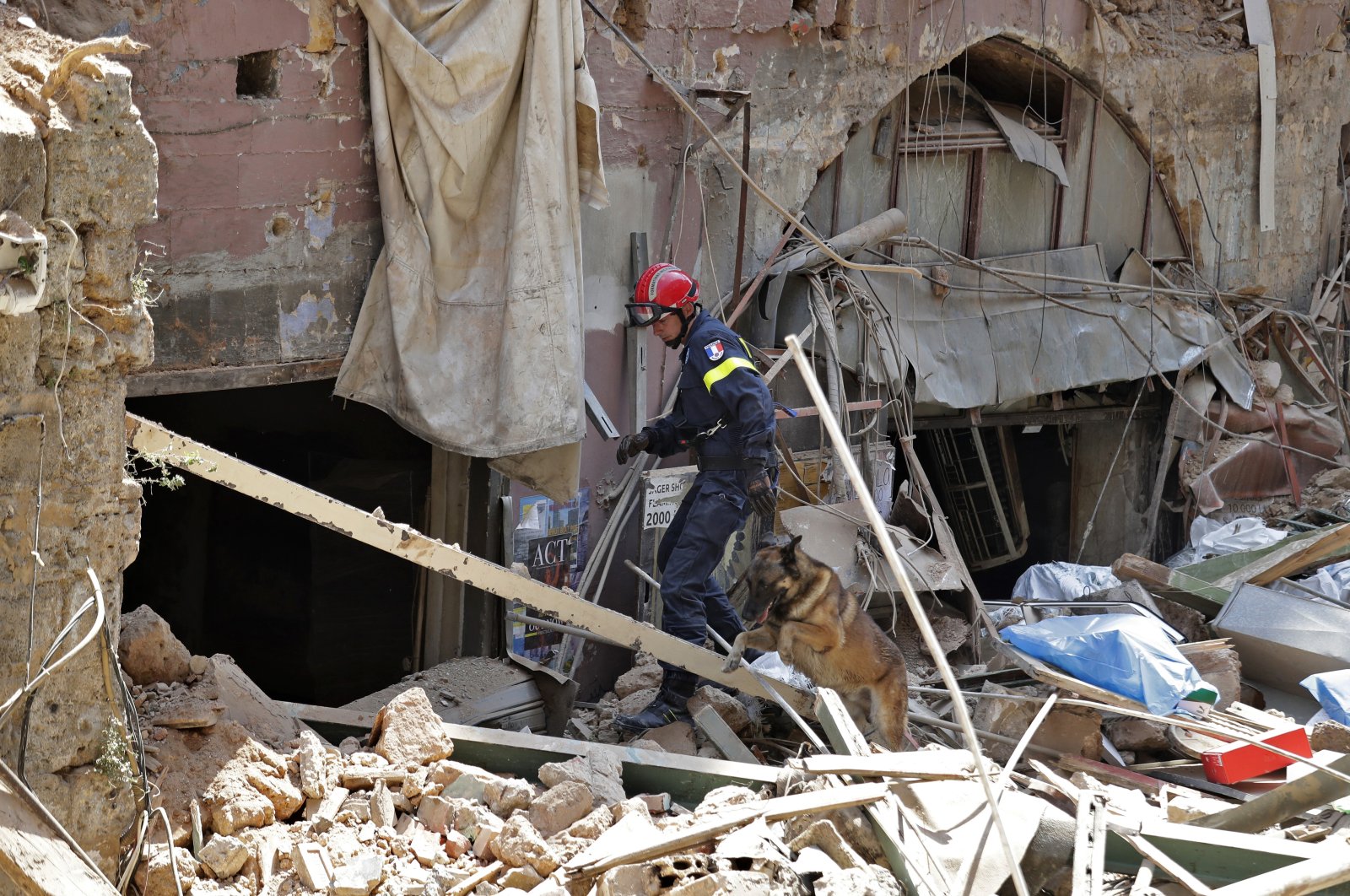 A French fireman and a rescue dog search in the rubble of a building after the Tuesday explosion at the seaport of Beirut, in Beirut, Lebanon, Thursday, Aug. 6, 2020. (AP Photo)
by German Press Agency - DPA Aug 07, 2020 10:43 am
RECOMMENDED

Lebanese rescue workers and army soldiers were struggling on Friday to remove huge items of debris in search for possible survivors at Beirut's port following the massive blast that ripped through the area killing at least 149 people.

The area was a beehive of activity with cranes and bulldozers attempting to move away large pieces of debris at the hangar that is believed to have housed the 2,750 tons of ammonium nitrate that blew up on Tuesday after being stored there for years.

The blast killed more than 149 people, wounded approximately 5,000 and forced more than 250,000 out of their damaged homes.

The Lebanese Red Cross believes there are still 100 people missing, most of whom were working at Beirut's port.

"We are doing our best as we are hoping to find people alive and trapped, but all we have found so far are the remains of people beyond recognition," said a rescue worker, who said he has been working non-stop for the past 48 hours.

"Some foreign countries are sending help, but it might be too late for the people who may still be trapped under the debris," he said.

Angry locals, including relatives of people who are still missing at the port stood at the site shouting, "This government is a failure!"

"The blast took place on Tuesday, and they are still working slowly. If people were alive and trapped under the rubble they are dead by now," one protester said.

Late Thursday dozens of protesters scuffled with security forces in central Beirut after they tried to break a security barrier leading to the Lebanese parliament.