Rift between US, UNSC members widens over restoration of Iran sanctions 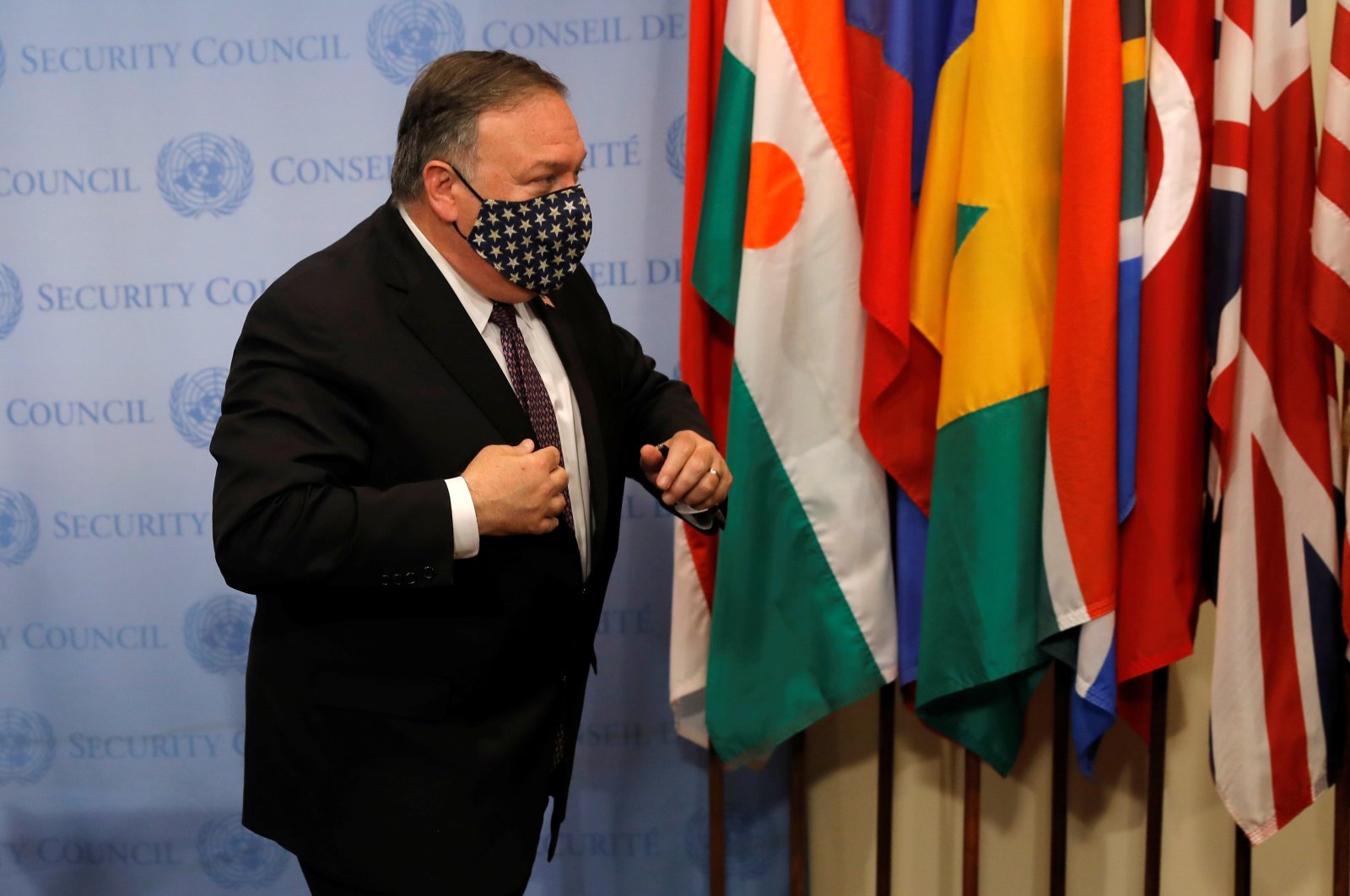 The Trump administration ran into immediate opposition after its top diplomat officially informed the United Nations it is demanding the restoration of all U.N. sanctions on Iran, with allies and opponents declaring the U.S. action illegal and doomed to failure.

U.S. Secretary of State Mike Pompeo insisted Thursday that the U.S. has the legal right to "snap back" U.N. sanctions even though President Donald Trump pulled out of the 2015 nuclear deal between Iran and six major powers that was endorsed by the U.N. Security Council.

Russia and China, along with European allies Britain, France and Germany, who often disagree, are united in declaring the U.S. action "illegal" on grounds that you can’t withdraw from a deal and then use the resolution that endorsed it to reimpose sanctions. How this dispute plays out in the weeks ahead remains to be seen, but Thursday’s U.S. move set the stage for a showdown in the United Nations that could lead to a crisis of credibility for the Security Council, its most important and powerful body.

The procedure, never before used, comes after the U.S. suffered a humiliating defeat at the Security Council last week when it failed to muster support for a resolution to extend a conventional arms embargo on Iran. The snapback aims to restore all international sanctions against Iran that were lifted as part of the nuclear agreement with Tehran in exchange for it agreeing not to develop nuclear weapons. But it also threatens to sink that historic deal, known officially as the Joint Comprehensive Plan of Action (JCPOA), which Britain, France and Germany, along with Russia and China, are trying to save.

Britain, France and Germany released a joint statement saying they would not support the action "which is incompatible" with efforts to preserve the JCPOA. "We call on all UNSC members to refrain from any action that would only deepen divisions in the Security Council or that would have serious adverse consequences on its work," they said. The European trio says it has serious concerns about the conventional arms embargo expiring on Oct. 18 but believes the safest way to keep Iran in check is through the JCPOA.

Pompeo accused them of a "failure of leadership" and said their actions would "endanger" people living in the Middle East and their own citizens as well.

Iran’s foreign minister in a letter to the U.N. Security Council said the U.S. has no right to demand the restoration of U.N. sanctions against Iran, the Foreign Ministry's website said Friday. Mohammad Javad Zarif said the U.S. lost the right to make demands in 2018 when it withdrew from the nuclear deal between Iran and major world powers. He also said America's unilateral pullout violated a U.N. resolution that required signatories to avoid any damage to the deal.

Zarif said the Security Council should stop the U.S.'s unilateral "misuses" of council resolutions, saying "the people of Iran expect the council to force the U.S. to be accountable" for its "damages" to Iran. The U.S. imposed unilateral sanctions on Iran and sent the country’s economy into free fall following its pullout from the deal.