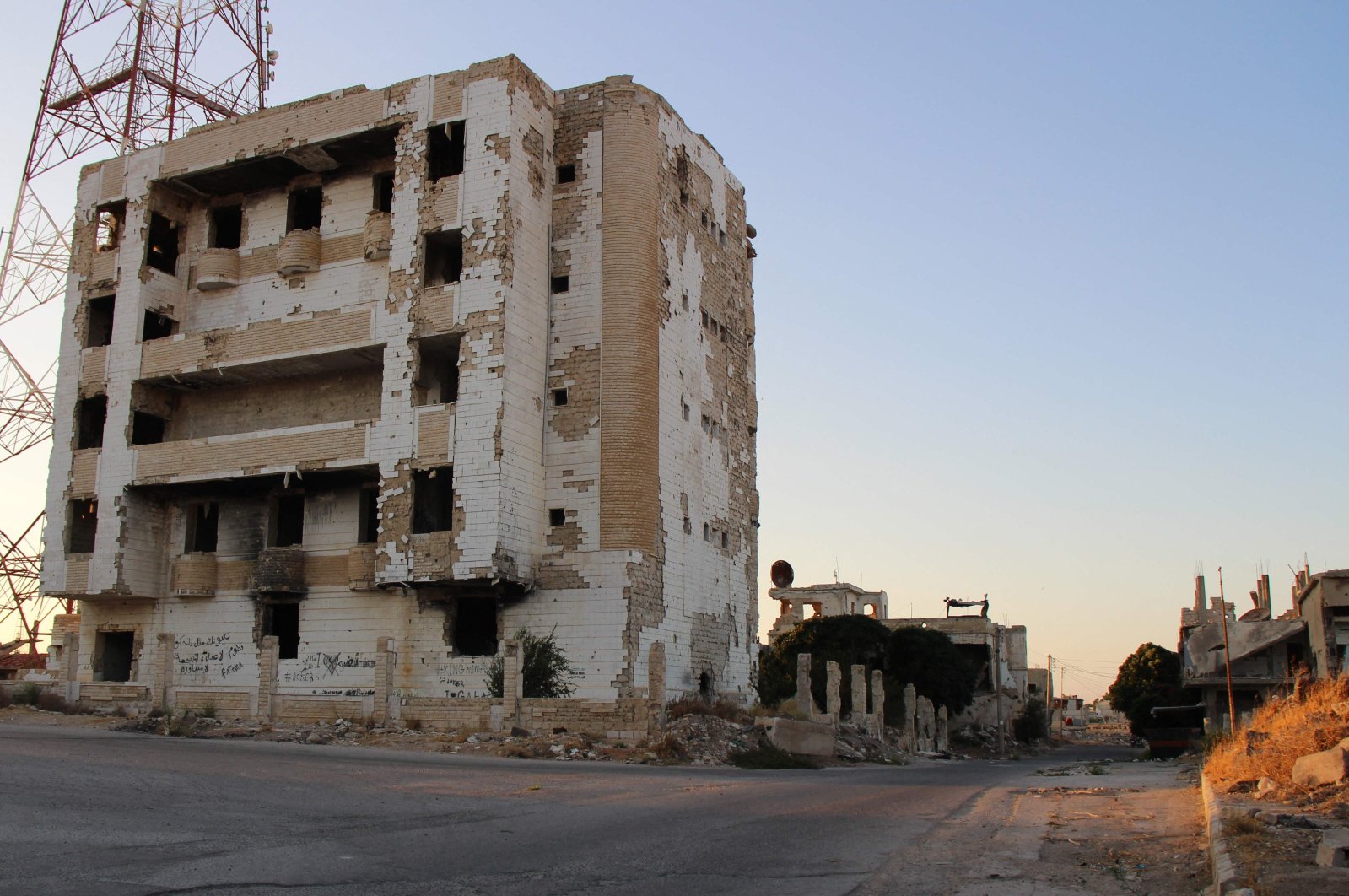 Rights group Amnesty International on Friday urged the Bashar Assad regime to immediately allow humanitarian aid into an opposition holdout under "siege" in the southern city of Daraa.

The United Nations has warned of food shortages in opposition-held Daraa al-Balad, which is surrounded by Russia-backed regime fighters seeking to retake control of the area. Clashes had raged between both sides in recent weeks before a shaky Moscow-brokered truce deal saw dozens of opposition fighters quit the area this week.

"The Syrian government must immediately lift the siege to facilitate unfettered access for humanitarian organizations and allow the medical evacuation of the sick and injured," said Amnesty's Syria researcher Diana Semaan.

She called on all sides to "grant safe passage to civilians wanting to flee the area."

The rights group said the regime now rarely approved medical evacuations, while many of the ill or wounded feared they would be detained or face reprisals if they stepped into regime-held territory. One woman told Amnesty last week the shops were almost empty of all food. Her cousin had died because he was not granted permission to leave for urgent medical treatment, she told the rights group.

The U.N. humanitarian agency OCHA said Tuesday that 38,600 people – more than half of them children – had fled Daraa al-Balad and had been registered in and around the city. Amnesty said the exodus happened after the government briefly opened a checkpoint for people to leave the area. Around 20,000 people remained inside with scarce supplies, it said.

The Syrian Observatory for Human Rights, a Britain-based war monitor with sources inside Syria, said regime forces fired mortar rounds at Daraa al-Balad on Friday. There was no sign of any resumption of the evacuation of opposition under the truce deal, it added. The Observatory had said that 53 people, mostly "fighters who rejected the reconciliation deal," left on Thursday.

Syria's state news agency said the number had been 45 and included family members. Thursday's evacuation came two days after an initial smaller group of opposition fighters boarded buses bound for the rebel-held north of the country, according to the Observatory.

The wider province of Daraa, seen as the birthplace of Syria's uprising in 2011 and held for years by opposition forces, was returned to government control in 2018. Some rebels left under a previous Moscow-backed ceasefire at the time, but others kept their weapons and remained in control of several areas, including Daraa al-Balad.

Daraa is where the country’s conflict began a decade ago. Russia mediated a new deal to end the recent fighting in Daraa. Insurgents who reject the Russia-brokered deal will have to leave the region. On Tuesday night, the first batch of fighters consisting of 10 gunmen left the area and headed to opposition-held parts in the country’s north, according to the Observatory. Pro-regime news outlets reported that some opposition fighters had left and that shortly afterward other gunmen opened fire leaving several people wounded.

The Observatory confirmed that the shooting occurred but blamed regime forces. After dozens more opposition fighters leave the city of Daraa in the coming days, regime forces are expected to enter the old part of the city known as Daraa al-Balad. It has for years been an opposition stronghold and has been under tight government siege for weeks. Opposition fighters who accept the deal will have to hand over their weapons in return for amnesty. On Tuesday, U.N. Special Envoy for Syria Geir Pedersen, in a briefing to the Security Council, called on all parties to end the violence immediately and to meet their obligations under international humanitarian law to protect civilians and the civilian infrastructure. "Immediate, safe and unimpeded humanitarian access is needed to all affected areas and communities, including Daraa al-Balad,” Pedersen said.

Syria’s 10-year conflict has left about half a million people dead and half the country’s prewar population of 23 million displaced, more than 5 million of them as refugees outside the country.