Rockets hit Iraqi air base with US troops, killing 1, injuring 8 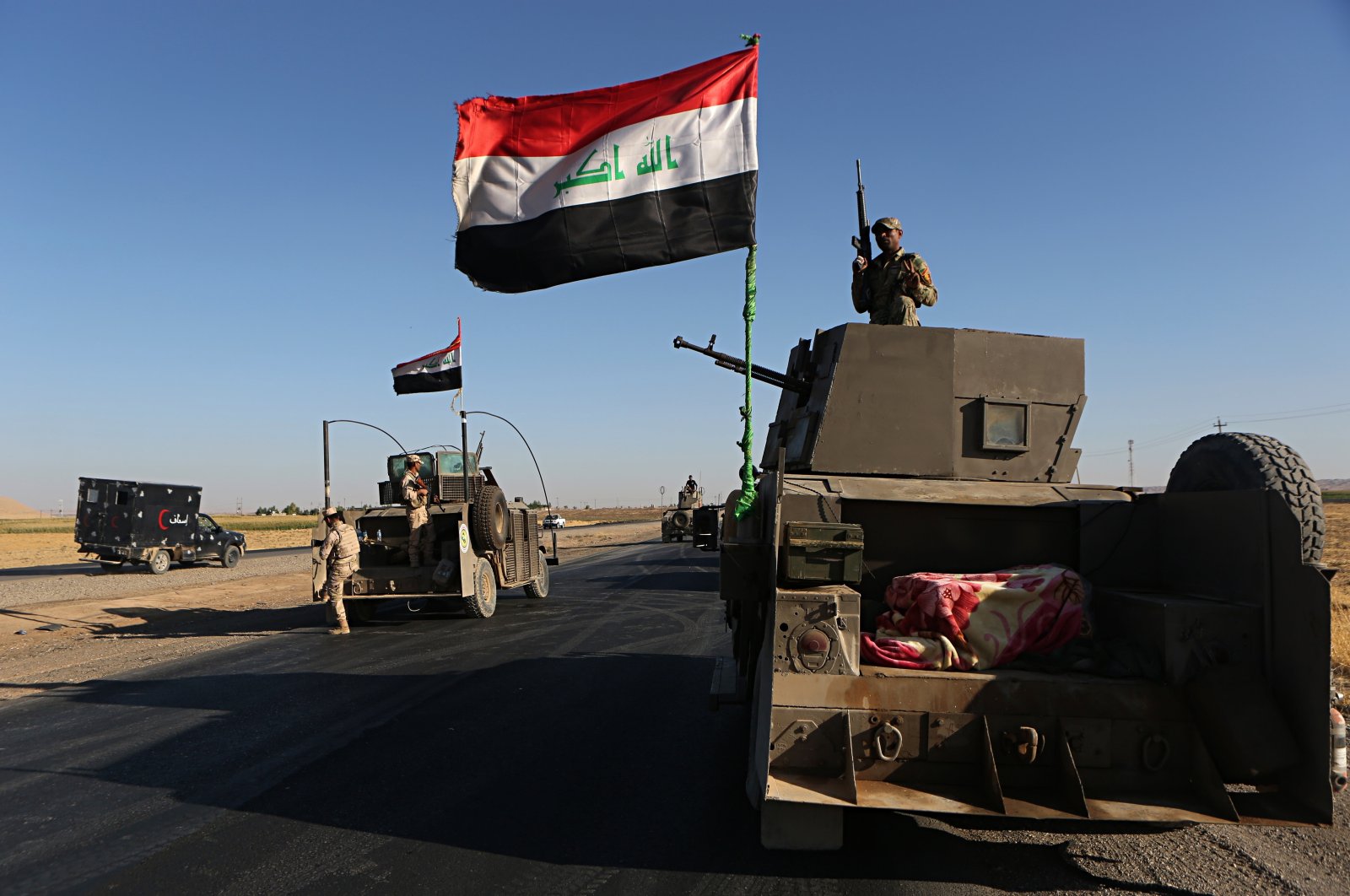 Over a dozen rockets struck outside an airport where U.S. forces are based in northern Iraq late Monday, killing one U.S.-led coalition contractor and wounding at least eight other people, Iraqi security and coalition officials said, sparking fears of new hostilities.

At least three rockets hit areas between the civilian Irbil international airport in northern Iraq's Kurdistan region and the nearby base hosting U.S. troops at 9:30 p.m. No one immediately claimed responsibility.

The contractor with the U.S.-led coalition who was killed after a barrage of rockets struck near an airport in northern Iraq was not an American national, a coalition spokesperson U.S. Army Col. Wayne said Tuesday.

According to The Associated Press (AP) at least two civilians were also wounded and the rockets damaged cars and other property, security officials said, without providing more details.

The rockets were launched from an area south of Irbil near the border with Kirkuk province and fell on some residential areas close to the airport. The officials spoke on condition of anonymity in line with regulations.

Iraqi President Barham Saleh condemned the attack, saying in a statement posted online that it marked a "dangerous escalation."

U.S. Secretary of State Antony Blinken called for an investigation and promised to "hold accountable those responsible," as Agence France-Presse (AFP) reported.

"We express our condolences to the loved ones of the civilian contractor killed in this attack, and to the innocent Iraqi people and their families who are suffering these ruthless acts of violence," he said in a statement.

Attacks targeting Irbil airport are rare, with Monday's rockets the first to strike the area in five months.

Rocket attacks have frequently targeted the U.S. presence in Baghdad, including the U.S. Embassy, as well as convoys ferrying materials for the U.S.-led coalition. The frequency of attacks diminished late last year ahead of U.S. President Joe Biden’s inauguration, though now Iran is pressing America to return to Tehran's 2015 nuclear deal.

The U.S. under the previous Trump administration blamed Iran-backed groups for carrying out the attacks. Tensions soared after a Washington-directed drone strike that killed top Iranian Gen. Qassem Soleimani and powerful Iraqi militia leader Abu Mahdi al-Muhandis last year. Trump had said the death of a U.S. contractor would be a red line and provoke U.S. escalation in Iraq.

The December 2019 killing of a U.S. civilian contractor in a rocket attack in Kirkuk sparked a tit-for-tat fight on Iraqi soil that brought the country to the brink of a proxy war. U.S. forces have been significantly reduced in Iraq to 2,500 personnel and no longer partake in combat missions with Iraqi forces in ongoing operations against the Daesh group.