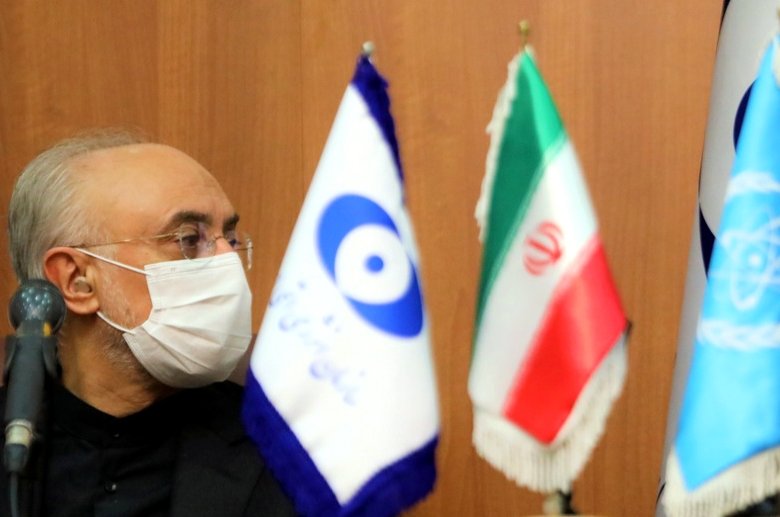 Russia and Iran have blasted the Trump administration after they unilaterally declared that sanctions against Tehran were back in action. The spokesperson for the Iranian foreign ministry called upon the world countries to 'speak in one voice' against the U.S.

Russia and Iran blasted the United States Sunday after Washington unilaterally declared U.N. sanctions against the Middle Eastern country were back in force. Iran called on the rest of the world to unite against the Trump administration.

"We expect the international community and all the countries in the world to stand against these reckless actions by the regime in the White House and speak in one voice," Iranian foreign ministry spokesperson Saeed Khatibzadeh told a news conference in Tehran.

"The illegitimate initiatives and actions of the United States by definition cannot have international legal consequences for other countries," the foreign ministry said in a statement.

Washington has said it will "impose consequences" on any country not complying with the sanctions, although the U.S. is one of the only nations that believe they are in force.

"The whole world is saying nothing has changed," Khatibzadeh said, adding that sanctions were in place only in the "imaginary world" of U.S. Secretary of State Mike Pompeo.

"This is much ado about nothing, and I believe these are the most bitter days and hours for the United States," he added.

Calling Washington "isolated" and "on the wrong side of history," Khatibzadeh said Tehran's message for it was to "return to the international community, to your commitments, stop rebelling, and the world will accept you."

According to Pompeo, the U.N. sanctions were back in force from Sunday.

The move relies on the controversial "snapback" mechanism, which the U.S. claims allows any of the partners to the 2015 nuclear agreement to reimpose U.N. sanctions if Tehran violates its obligations.

America's top diplomat said the U.S. welcomes the return of the sanctions.

"Today, the United States welcomes the return of virtually all previously terminated U.N. sanctions" on Iran, Pompeo said in a statement.

The Trump administration also promised to "impose consequences" on any U.N. member state that does not comply with the sanctions, even though it is one of the only countries in the world that believes they are in force.

The threat is formidable as those deemed to be in defiance by Washington will be denied access to the U.S. financial system and markets.

"If U.N. member states fail to fulfill their obligations to implement these sanctions, the United States is prepared to use our domestic authorities to impose consequences for those failures and ensure that Iran does not reap the benefits of U.N.-prohibited activity," Pompeo stated.

He promised that measures would be announced in the coming days against "violators."

The U.S. faces widespread opposition over its move to reimpose international sanctions on Iran, which has been progressively stepping up its nuclear activities since Washington pulled out of the Joint Comprehensive Plan of Action, the deal that saw sanctions being lifted in return for Tehran's nuclear nonproliferation.

The sanctions were lifted in 2015 when Iran agreed not to seek to build nuclear weapons.

U.S. President Donald Trump said that the landmark accord, negotiated by his predecessor Barack Obama, was insufficient and withdrew America from the agreement in 2018. He then renewed and even strengthened Washington's bilateral sanctions.

With 45 days to go until the Nov. 3 election, Trump could unveil his measures during his speech at the U.N. General Assembly (UNGA) Tuesday.

Washington, however, is almost alone on the issue as other world powers – China, Russia and even the U.S.' own European allies – have challenged the claim.

"Any decision or action taken with a view to reinstalling (the sanctions) would be incapable of legal effect," France, Britain and Germany said in a joint letter sent Friday to the U.N. Security Council (UNSC) and of which Agence France-Presse (AFP) obtained a copy.

How did the United Nations arrive at this spectacular standoff between the leading superpower and the rest of the planet? To answer that, one has to go back at least one month.

In mid-August, the Trump administration suffered a resounding defeat in the UNSC when it tried to extend the embargo on conventional weapons being sent to Tehran, which was due to expire in October.

Pompeo made an unusually vehement attack on France, Britain and Germany, accusing them of "siding with Iran's ayatollahs." Then on Aug. 20, he announced a controversial move known as the "snapback," which aimed to reestablish all sanctions against Tehran a month later.

At the moment, the U.S. is insisting it is still a participant in the agreement that it stormed out of but only so that it can activate the "snapback" option.

Virtually every other member of the UNSC disputes Washington's ability to execute this legal pirouette, and the group has not taken the measure any further.

This dialogue of the deaf, however, has gone on unabated since the Trump administration behaves as if the international sanctions are in place, while the rest of the international community continues to act as if nothing has changed.

Washington is hammering home that the arms embargo has been extended "indefinitely" and that many activities related to Tehran's nuclear and ballistic missile programs are now subject to international sanctions.

"I don't see anything happening," said one U.N. diplomat. "It would be just a statement. It's like pulling a trigger and no bullet coming out."

Another diplomat deplored the "unilateral" U.S. act, saying that "Russia and China are sitting, happy, eating popcorn, watching" the "huge destabilizing fallout" between Washington and its European partners.

If the U.S. were to carry out the threat of secondary sanctions, however, tensions could continue to spiral.