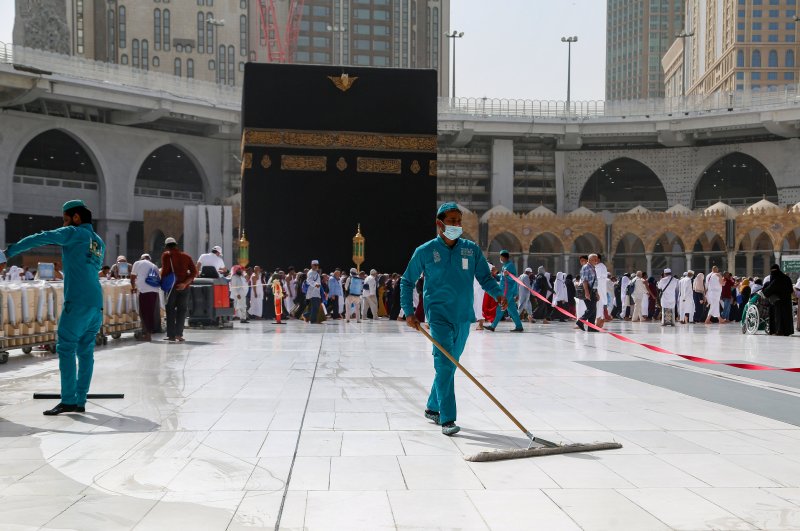 Cleaners wear protective face masks following the outbreak of the coronavirus, as they swipe the floor at the Kaaba in the Grand Mosque in the holy city of Mecca, Saudi Arabia, March 3, 2020. (Reuters Photo)
by Compiled from Wire Services Mar 04, 2020 4:09 pm

Saudi Arabia on Wednesday suspended the year-round umrah pilgrimage to the holy cities of Mecca and Medina over coronavirus fears, the interior ministry said.

The Gulf state has decided "to suspend umrah temporarily for citizens and residents in the kingdom," the ministry said in a statement published in the official Saudi Press Agency (SPA).

The measure is part of the precautionary measures the government has taken to reduce the spread of the coronavirus, SPA added.

It comes a week after Riyadh banned foreigners from traveling to Saudi Arabia to complete the umrah pilgrimage.

Saudi Arabia registered its first infection Monday, saying the patient was a Saudi national who arrived from Iran via Bahrain.

Health Ministry spokesman Mohammed Abdel-Aali told a news conference Tuesday that some 70 people the man interacted with since arriving in the kingdom have been isolated and that their test results are expected within hours.