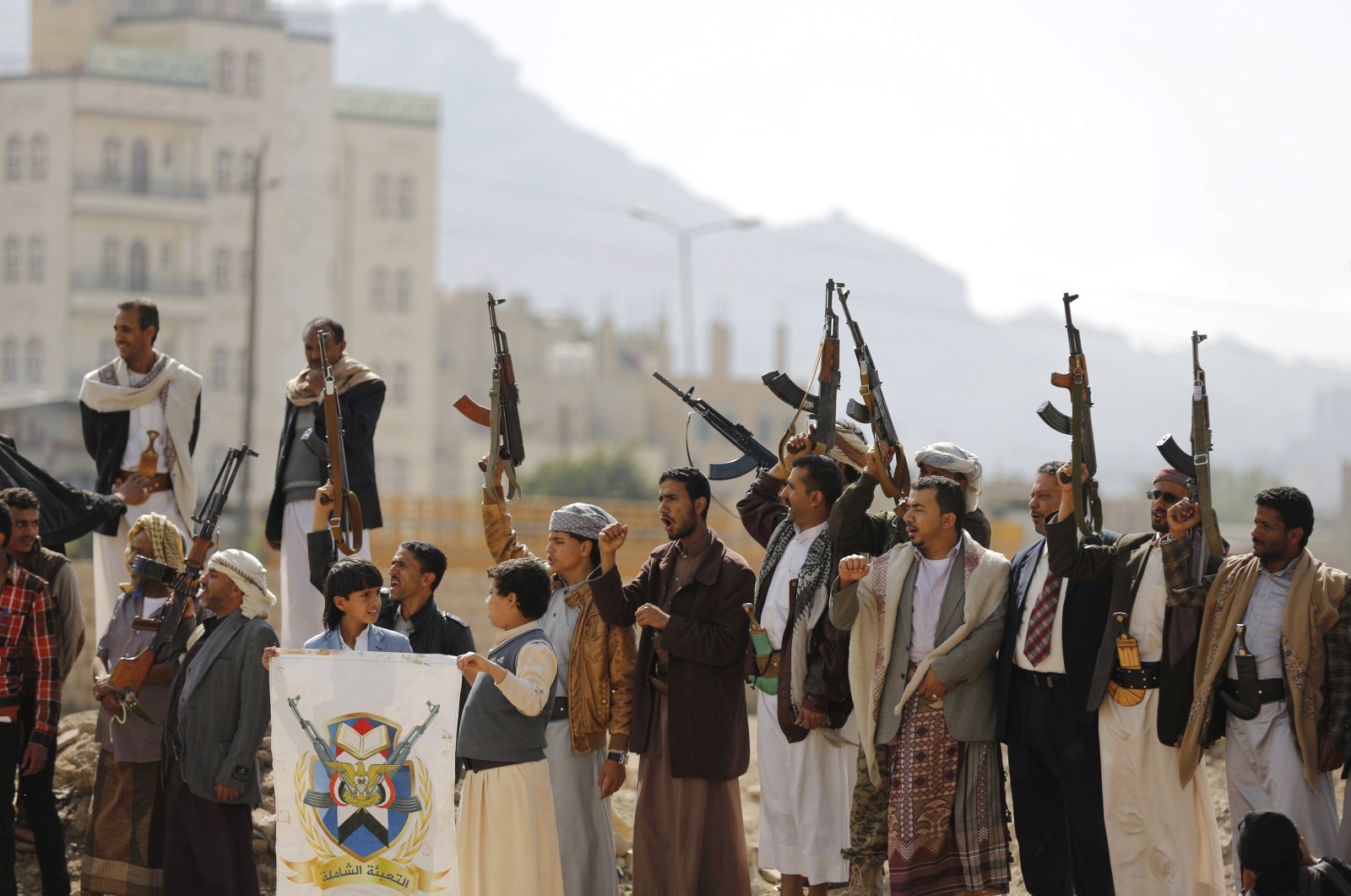 Tribesmen loyal to the Houthi movement shout slogans and raise their weapons during a gathering to show their support for the group, in Sanaa, Yemen, Dec. 15, 2015. (Reuters)
by Agencies Mar 22, 2021 5:50 pm
RECOMMENDED

Saudi Arabia announced a plan Monday to propose Houthi rebels in Yemen a cease-fire in the country's yearslong war and reopen a major airport in Yemeni capital of Sanaa.

The move by Saudi Arabia follows Houthi rebels stepping up a campaign of drone and missile attacks targeting the kingdom's oil sites, briefly shaking global energy prices amid the coronavirus pandemic. It also comes as Riyadh tries to rehabilitate its image with the U.S. under President Joe Biden.

Houthi rebels dismissed Saudi Arabia's ceasefire offer as "nothing new" and insisted an air and sea blockade be lifted first, after the kingdom made a series of proposals to end the war, as Agence France-Presse (AFP) reported.

"Saudi Arabia must declare an end to the aggression and lift the blockade completely, but putting forward ideas that have been discussed for over a year is nothing new," said Houthi spokesman Mohammed Abdulsalam on Monday, according to the rebel's Al-Masirah television.

Saudi Arabia has waged a war that saw it internationally criticized for airstrikes killing civilians and embargoes exacerbating hunger in a nation on the brink of famine. Whether such a plan will take hold remains another question.

"It is up to the Houthis now,” Saudi Foreign Minister Prince Faisal bin Farhan told journalists in a televised news conference in Riyadh, according to remarks carried by The Associated Press (AP). "The Houthis must decide whether to put their interests first or Iran’s interests first.”