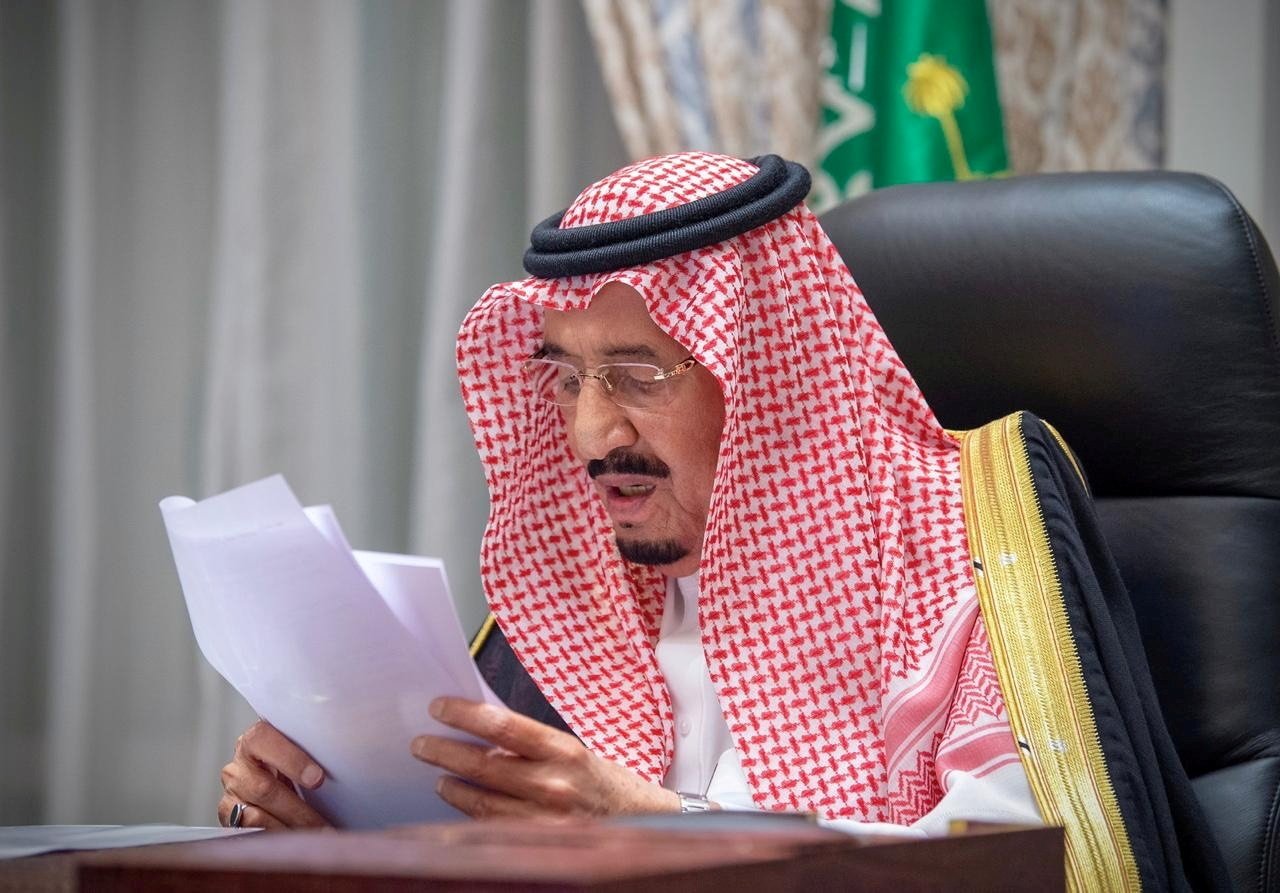 The speech, which outlined the country's policy priorities and achievements, was delivered virtually by the 82-year-old monarch to the advisory Shura Council in the presence of Crown Prince Mohammed bin Salman (MBS).

On foreign policy, he stressed that threats from Iran remain a top concern. He accused Iran of supporting terrorism and fueling sectarianism in the region. Although the king made no mention of it in his speech, another issue facing the kingdom next year will be its relationship with a new U.S. administration led by Biden, according to an Associated Press (AP) report.

"Saudi Arabia affirms the danger of the Iranian regime's regional project," he said.

Riyadh appears wary of Biden's pledge to revisit the nuclear pact between major powers and Iran, a landmark deal that was negotiated when he served as vice president under Barack Obama.

The king's remarks come a day after the Vienna-based International Atomic Energy Agency (IAEA), warned that Iran's stockpile of enriched uranium has risen to more than 12 times the limit permitted under the 2015 deal since Trump unilaterally withdrew from it.

The kingdom is at war with Iranian-backed Houthi fighters in Yemen, who captured Sanaa, the capital, in 2014, forcing the internationally recognized government to flee. The following year, a Saudi-led coalition supporting the government intervened to battle the rebels and curb Iran's influence in what has turned into a stalemated regional proxy war. Since then, more than 100,000 people – fighters and civilians – have been killed, while the conflict has created the world's worst humanitarian disaster.

During his presidency, Trump blocked a Congressional effort to end U.S. military assistance in Saudi Arabia's war in Yemen and defended the Saudi crown prince in the face of scathing criticism over the killing of writer Jamal Khashoggi by Saudi agents in late 2018.

A full day after statements began pouring in from world leaders, the king and Crown Prince Mohammed congratulated Biden on his election win in separate cables late Sunday, noting the "deep historical relations" that exist between the two nations – even as Trump refuses to publicly concede.

In his remarks, King Salman also reaffirmed his support for an independent Palestinian state with east Jerusalem as its capital, though he also welcomed efforts aimed at bringing an end to the conflict that has spanned decades. He spoke at a time that neighboring United Arab Emirates (UAE) and Bahrain are normalizing relations with Israel in moves condemned by the Palestinians.

King Salman praised the country's presidency for its work this year and for holding its position among the 20 wealthiest countries in the world, the Group of 20 – a point the kingdom has repeatedly stressed. However, prominent human rights organizations have called on the major economies of the G-20 to press Saudi Arabia to free activists detained unlawfully and provide accountability for past abuses.

Human Rights Watch (HRW) said Monday that the G-20 handed this year's presidency to Riyadh "despite the Saudi government's unrelenting assault on fundamental freedoms, including jailing and harassing public dissidents and human rights activists, unlawful attacks on civilians in Yemen, and flouting international calls for accountability for the murder by state agents of the Saudi journalist Khashoggi."

The United Nations High Commissioner for Human Rights (UNHCR) holds Saudi Arabia responsible for "deliberately" killing Khashoggi, noting that there is documented evidence for the investigation of senior officials, including MBS.

Less than two weeks before the virtual summit on Nov. 21, HRW demanded Riyadh allow U.N. experts access to assess attacks on civilians in Yemen and an independent, international body to investigate Khashoggi's murder.

MBS had denied ordering Khashoggi's killing but in 2019 acknowledged some personal accountability by saying it happened on his watch.