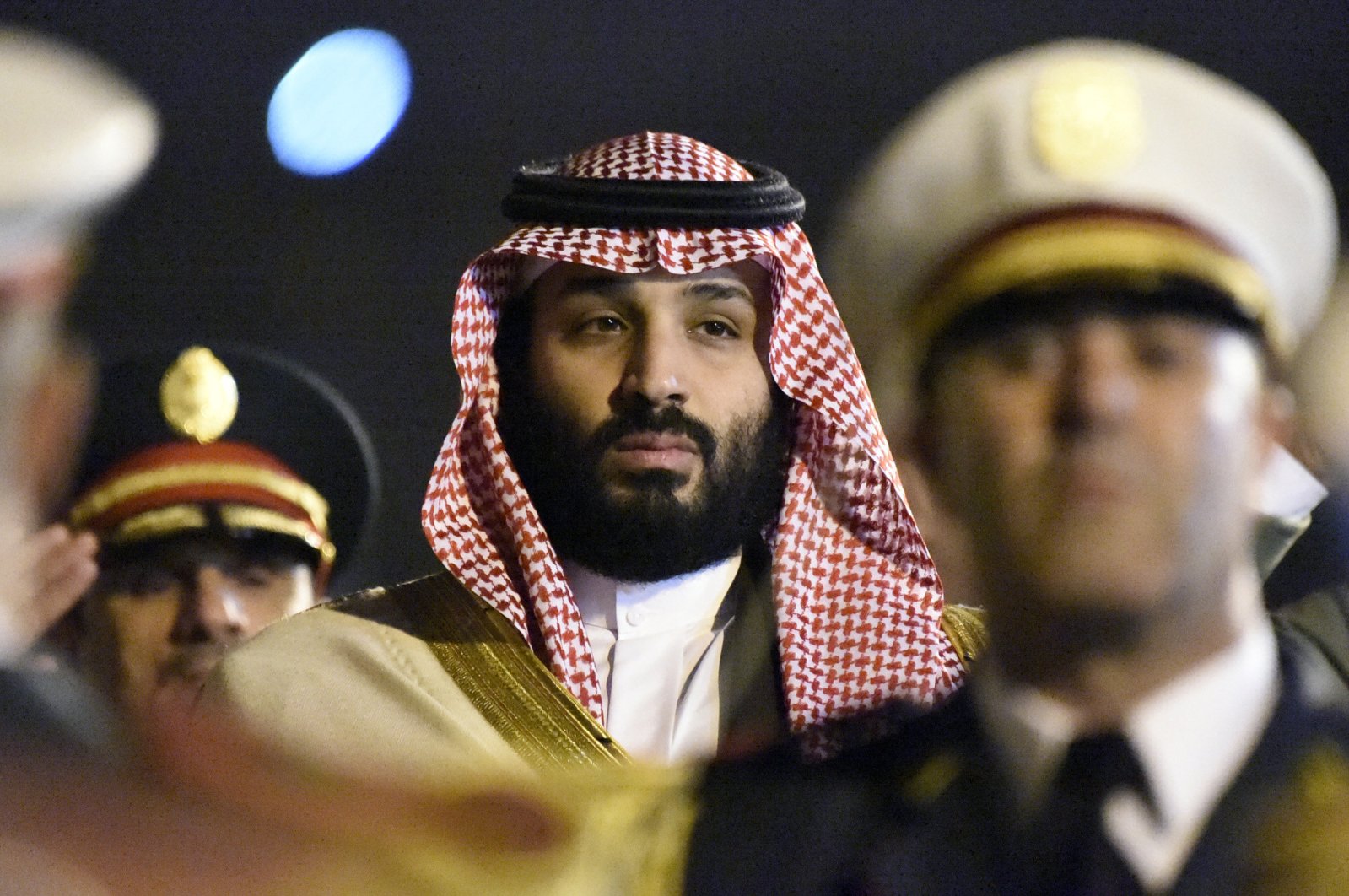 Saudi Crown Prince Mohammed Bin Salman, known for his grave human rights record, is seen behind a military band upon his arrival at Algiers International Airport, southeast of the capital Algiers on Dec. 2, 2018. (AFP Photo)
by Daily Sabah with AA Apr 20, 2020 12:24 pm
RECOMMENDED

A total of 800 executions have been carried out since King Salman bin Abdulaziz took the throne in 2015 in Saudi Arabia, which has been de facto ruled by his son Mohammed bin Salman (MBS) after he became crown prince three years ago.

Noting that from 2009 to 2014, 423 executions were reportedly carried out in Saudi Arabia, London-based human rights group Reprieve said the rate of executions has almost doubled since King Salman came to power on Jan. 23, 2015.

Recalling the promises previously made by MBS to "minimize" the number of executions in the Kingdom, Reprieve said in a statement, "This latest grim milestone shows that the opposite is in fact the case."

Saudi Arabia executed 185 people in 2019, the most in a year since the organization began tracking executions in the kingdom.

Thirty-seven people were killed in a mass execution on April 23, 2019, the organization said.

At least 13 other juvenile defendants are at imminent risk of execution, the statement added.

"The targeting of prisoners of conscience and children confirms the retaliatory and political use (of) executions," the statement quoted Ali al-Dubisi, director of European Saudi Organization for Human Rights, as saying.

MBS has taken on a grave human right violations record since he took the power. Promising to make so-called “reforms” to transform the country, his image has been tarnished by a string of scandals, most notably the killing of dissident Saudi journalist Jamal Khashoggi at the Saudi consulate in Istanbul, which, according to numerous pieces of evidence, was carried out on the direct order of MBS.

Also, the ongoing Saudi-led war in Yemen has resulted in one of the worst humanitarian crises in the world, with an estimated 24 million people, close to 80% of the population, in need of assistance and protection in Yemen, according to the U.N. MBS is also accused of extrajudicial detentions of other princes and torture of activists who criticize his authoritarianism and recklessness.