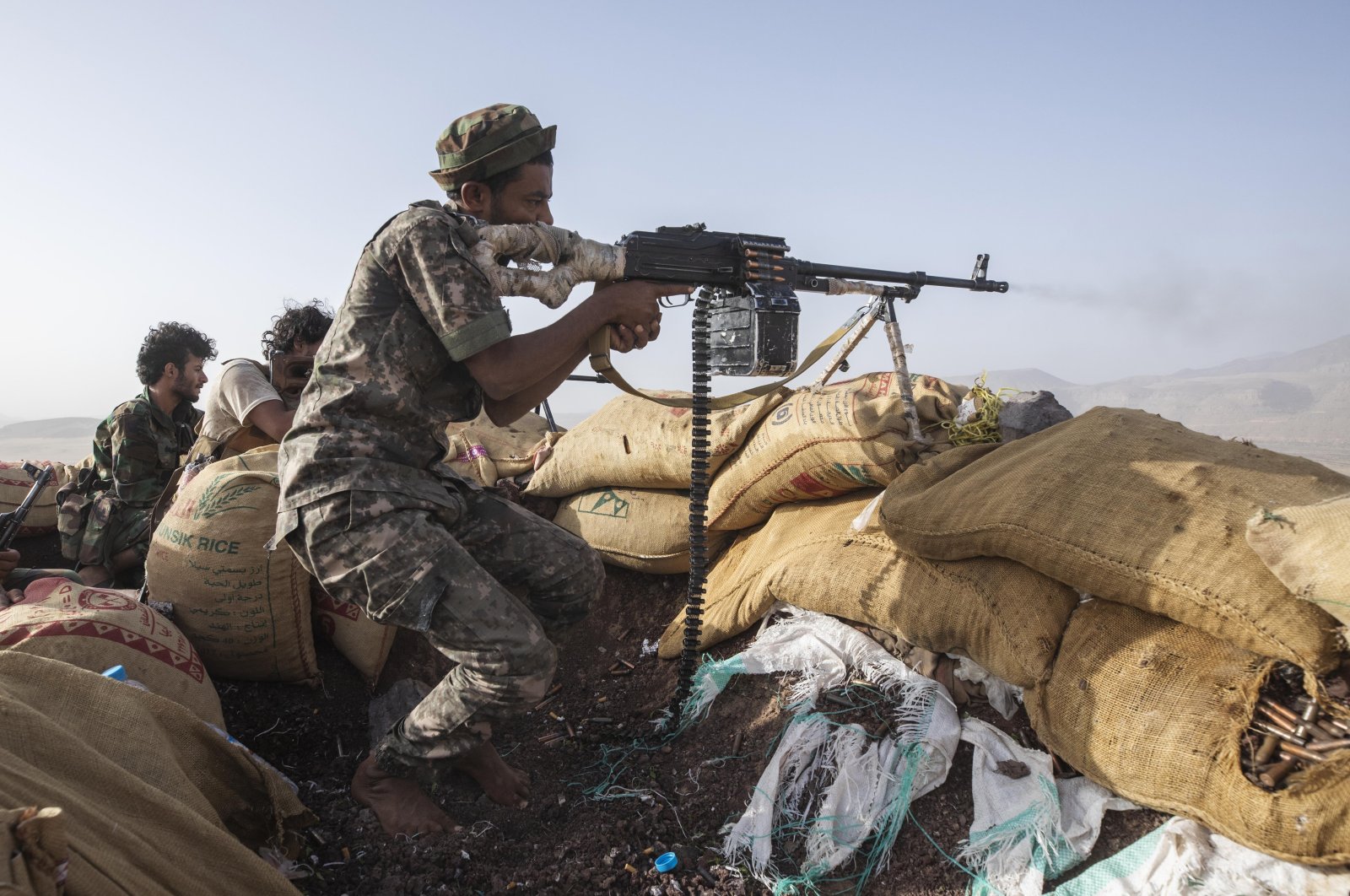 A Yemeni fighter backed by the Saudi-led coalition fires his weapon during clashes with Houthi rebels on the Kassara front line near Marib, Yemen, June 20, 2021. (AP Photo)
by Anadolu Agency Nov 22, 2021 1:39 pm

The Saudi-led coalition in Yemen warned Monday of “imminent danger” to global trade south of the Red Sea due to “hostile” movements.

In a statement, the coalition said it detected indications of danger to international navigation and global trade south of the Red Sea due to activities by the Houthi rebels in Yemen using explosive-laden boats, the Saudi state news agency SPA reported.

It added it has taken measures to neutralize the threat and ensure freedom of navigation, without giving any further details.

There was no immediate comment from the Houthi group on the coalition's statement.

Houthi rebels, backed by Iran, regularly announce rocket and drone attacks on Saudi territories, saying they are a reaction to the Saudi-led coalition's assault on Yemen.

Yemen has been beset by violence and chaos since 2014, when Houthis overran much of the country, including the capital, Sanaa. The crisis escalated in 2015 when a Saudi-led coalition launched a devastating air campaign aimed at rolling back Houthi territorial gains.

According to the United Nations Office for the Coordination of Humanitarian Affairs (OCHA), the conflict has claimed more than 233,000 lives.