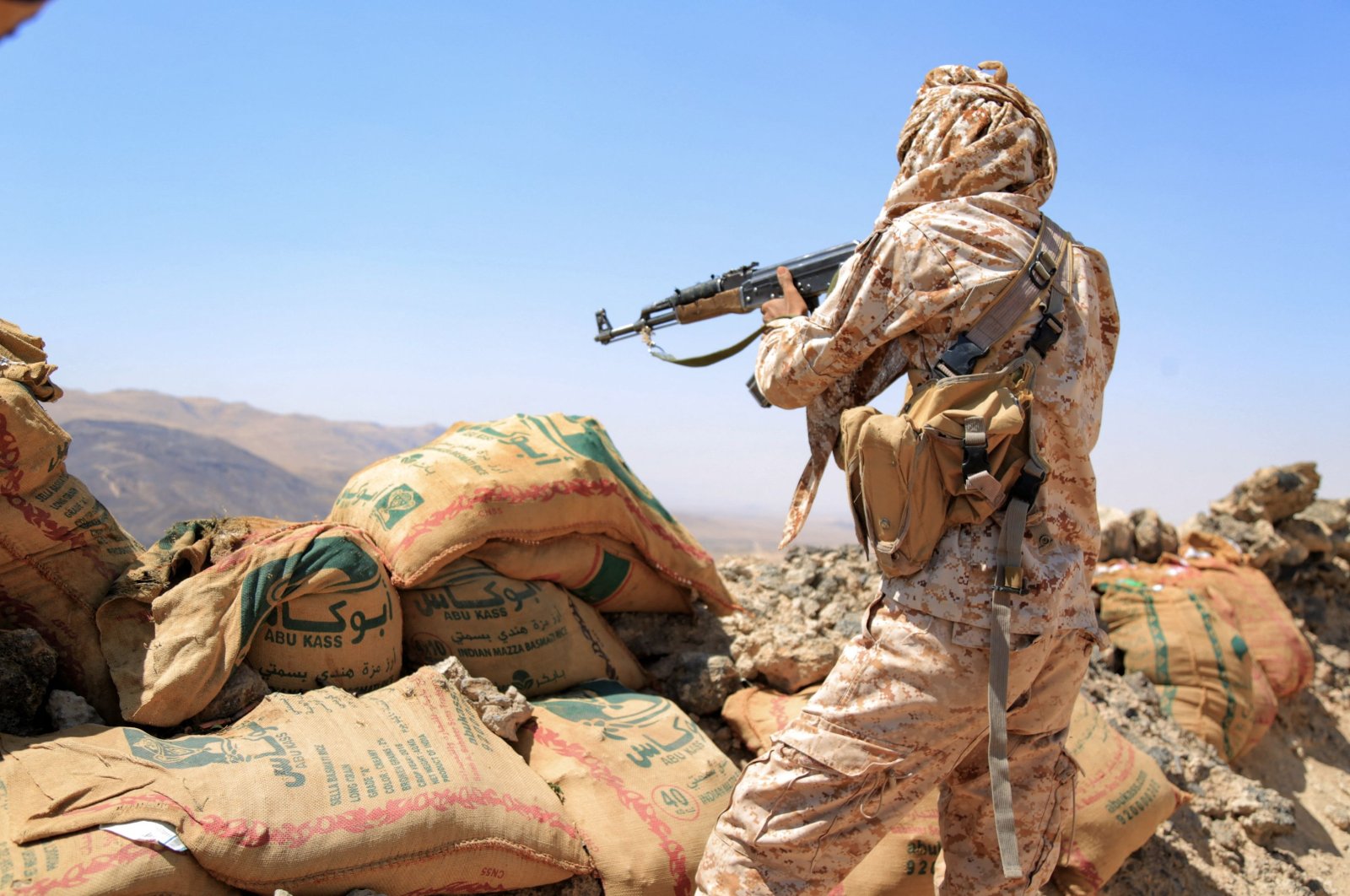 A fighter loyal to Yemen's Saudi-backed government mans a position near the frontline facing Iran-backed Houthi rebels in the northeastern province of Marib, Yemen, on Oct. 17, 2021. (AFP Photo)
by Agencies Oct 17, 2021 4:50 pm
RECOMMENDED

The Saudi-led military coalition supporting Yemen's government said Sunday it had killed at least 165 Houthi rebels in strikes south of Marib, as the battle for the strategic city rages.

The strikes "destroyed 10 military vehicles and killed more than 165" rebels in the past 24 hours, the coalition said in a statement cited by the official Saudi Press Agency.

The coalition has said it has killed around 1,000 Iran-backed rebels in strikes in the area in the past week, making daily announcements of at least dozens of rebel deaths.

The Houthis rarely comment on losses and the tolls could not be independently verified by Agence France-Presse (AFP).

The Houthis said on Twitter Sunday that they had taken control of several fronts around Marib, including Abdiya, which lies about 100 kilometers (60 miles) south of the city.

Yemen's internationally recognized government – backed by a Saudi-led military coalition – and the Houthis have been locked in war since 2014, when the insurgents seized the capital Sanaa.

In February, the Houthi escalated their efforts to seize Marib, the government's last northern stronghold in fighting that has killed hundreds on both sides. Control of the oil-rich region would strengthen the Houthis' bargaining position in peace talks.

While the United Nations and Washington are pushing for an end to the war, the Houthis have demanded the reopening of Sanaa airport, closed under a Saudi blockade since 2016, before any cease-fire or negotiations. As well as the bloody offensive in Marib, the Houthis have also stepped up drone and missile strikes on Saudi targets, including its oil facilities.

In June, the former U.N. envoy for Yemen, Martin Griffiths, told the Security Council that his efforts over the past three years to end the war had been "in vain."

The fighting has killed tens of thousands and left some 80% of Yemenis dependent on aid, in what the U.N. calls the world's worst humanitarian crisis. The war has also displaced millions of people and left many on the brink of famine.