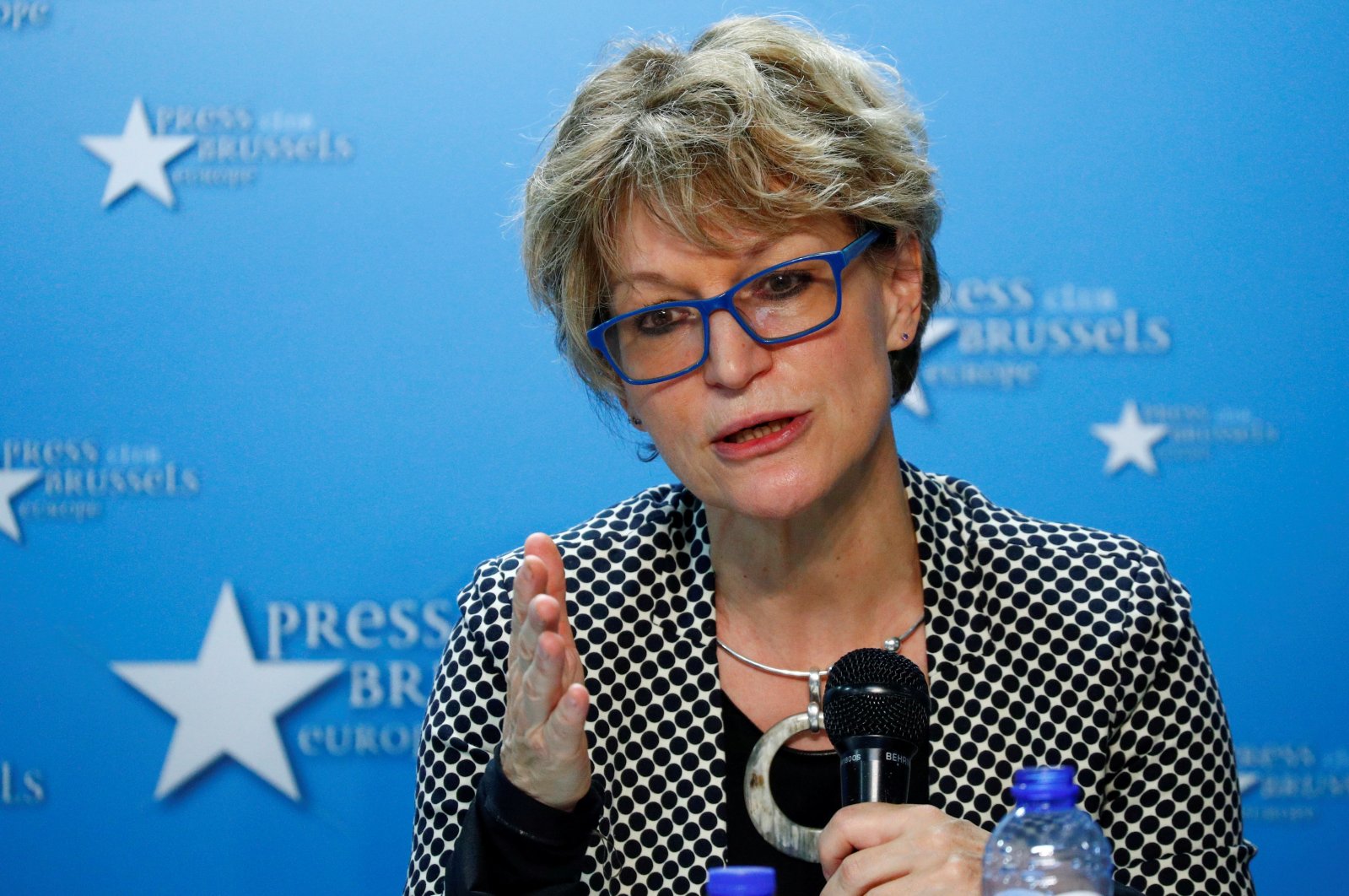 The United Nations human rights office said on Wednesday it confirmed the accuracy of published remarks by the independent expert who led an investigation into the murder of Jamal Khashoggi alleging that a senior Saudi official had made a threat against her.

The Guardian newspaper on Tuesday quoted Agnes Callamard, U.N. expert on summary killings, as saying a Saudi official had threatened she would be "taken care of" if she was not reined in following her investigation into the journalist's murder.

Callamard led a U.N. investigation into the October 2018 killing of Khashoggi by Saudi agents at the kingdom's Istanbul consulate. She issued a report in 2019 concluding there was "credible evidence" that Saudi Crown Prince Mohammed bin Salman (MBS) and senior Saudi officials were responsible for killing the Washington Post journalist and U.S. resident. She subsequently called for sanctions against MBS' assets and international engagements.

In an interview with the Guardian, Callamard said that a senior Saudi official made multiple death threats during a meeting with other senior U.N. officials in Geneva. The outgoing special rapporteur for extrajudicial killings said her colleagues warned her about threats in January 2020. The threats were made during a “high-level” meeting between Geneva-based Saudi diplomats, visiting Saudi officials and U.N. officials.

"A death threat. That was how it was understood," Callamard was cited as saying.

Callamard told the Guardian that the Saudis criticized her investigation, expressing anger and discontentment. She said a senior Saudi Arabian visiting official allegedly said he received phone calls from people who were willing to "take care of her." When U.N. officials raised alarm over the remarks, other Saudis present tried to reassure them that the comment should not be taken seriously. Although after the Saudi group had left the room, Callamard was told that senior Saudi officials reiterated the threats to the U.N. officials.

“It was reported to me at the time and it was one occasion where the United Nations was actually very strong on that issue. People that were present, and also subsequently, made it clear to the Saudi delegation that this was absolutely inappropriate and that there was an expectation that this should not go further,” Callamard said. “You know, those threats don’t work on me. Well, I don’t want to call for more threats. But I have to do what I have to do. It didn’t stop me from acting in a way which I think is the right thing to do,” she said.

Callamard has criticized a Saudi court's ruling in September to jail eight people for up to 20 years for the murder, accusing the kingdom of making a "mockery of justice" by not punishing more senior officials.

U.S. President Joe Biden's administration, which has taken a tougher stance on Saudi's human rights record, last month released an intelligence report that said MBS approved an operation to capture or kill Khashoggi. The Saudi government rejected the findings and reiterated that the murder was a heinous crime by a rogue group.

Meanwhile, the top Saudi official denied on Thursday he had threatened to harm the human rights expert. The head of Saudi Arabia's human rights commission, Awwad Alawwad, identified himself as the official on Thursday, while denying he had intended any threat.

"It has come to my attention that Ms. Agnes Callamard... and some U.N. officials believe I somehow made a veiled threat against her more than a year ago," Alawwad tweeted. "While I cannot recall the exact conversations, I never would have desired or threatened any harm upon a U.N.-appointed individual, or anyone for that matter," he said.

He described himself as an advocate for human rights, and said, "I am disheartened that anything I have said could be interpreted as a threat." A source familiar with the matter had earlier told Reuters Alawwad was the one who made the remark.