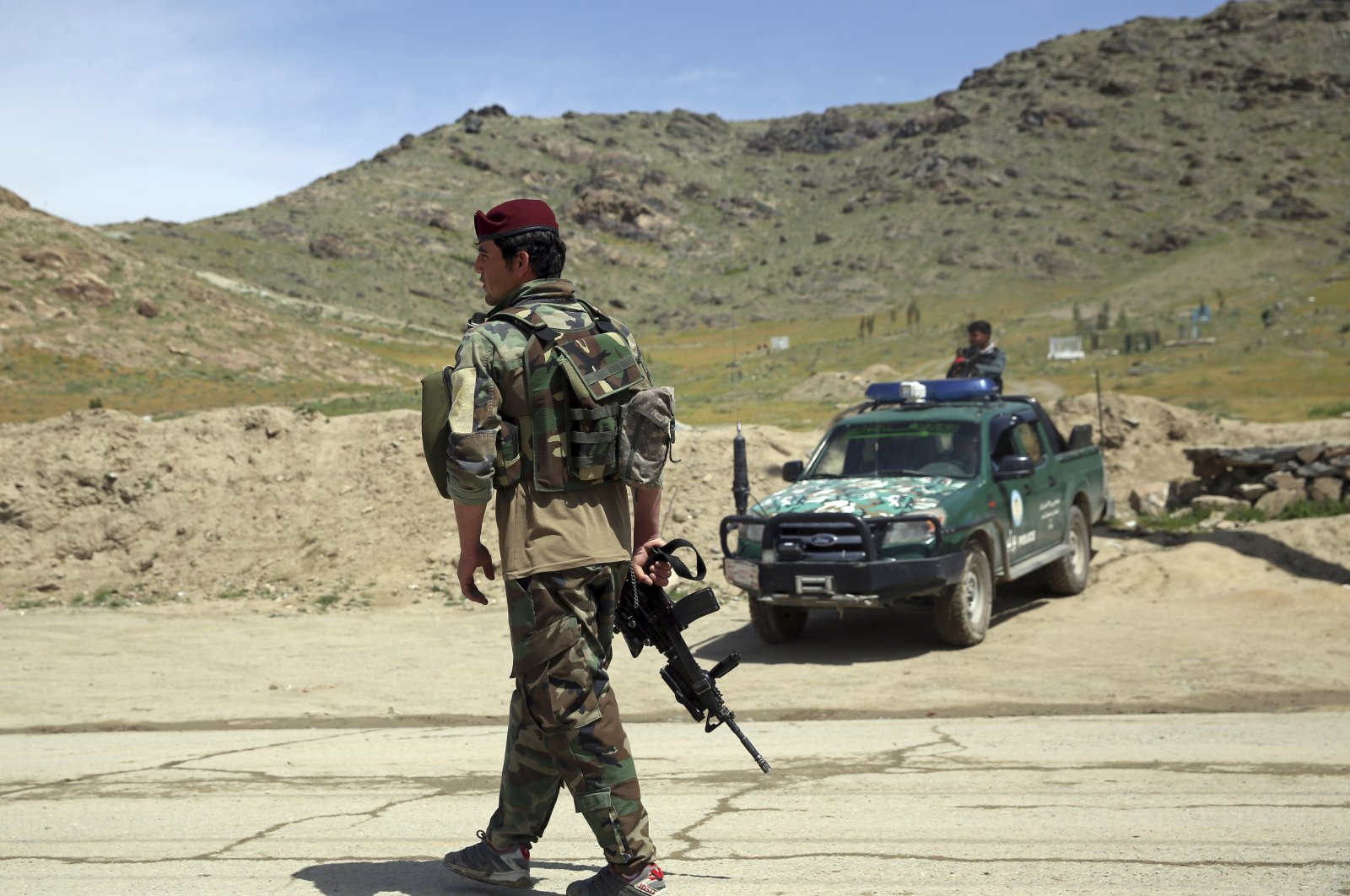 Afghan security personnel stand guard at the site of a suicide bomber attack on the southern outskirts of Kabul, Afghanistan, April 29, 2020. (AP Photo)
by French Press Agency - AFP May 11, 2020 9:02 am

Kabul police spokesman Ferdaws Faramarz said a clearance team was at the site of the attacks.

Militants have carried out several roadside bombings and rocket attacks in Kabul and other parts of the country in recent weeks, but Monday's four consecutive explosions appeared to be the first coordinated effort for some months.

The Taliban has not carried out any large attacks in the city since they signed a landmark withdrawal deal with the United States in February, meant to pave the way for peace in the country.

No group has taken responsibility for the attacks.

The explosions come as authorities are trying to impose a lockdown in the capital to curb the spread of the coronavirus in the country.