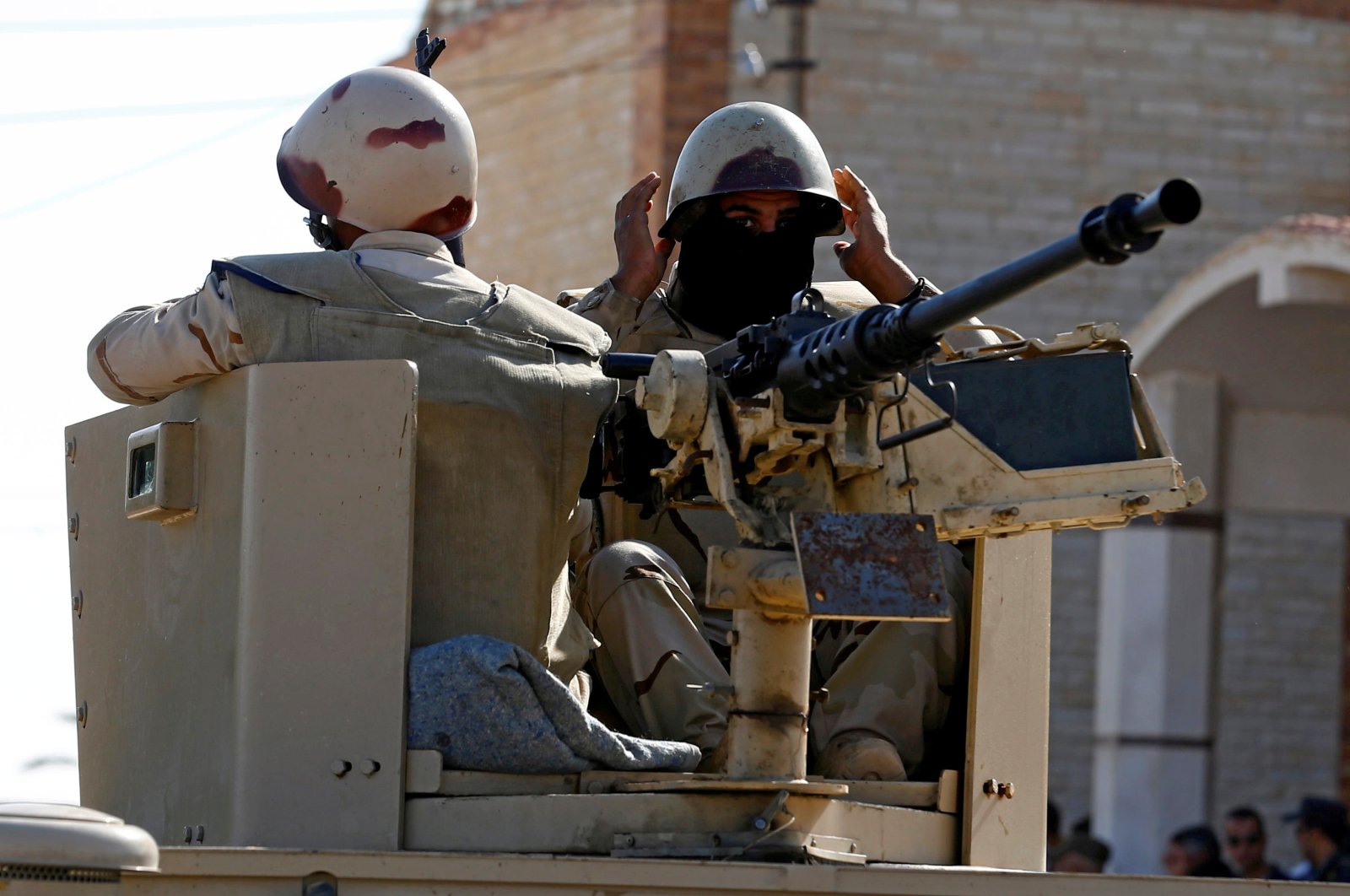 Egypt is rolling out ambitious development projects in the peninsula adjoining the Suez Canal, Israel and Gaza, but pockets of instability persist despite an intensified military campaign.

Their ability to temporarily overrun villages near Bir al-Abd in northwest Sinai this summer shows that security remains fragile, while poverty and neglect have not been fully addressed, they say.

At least 15 people have been killed by explosive devices around Bir al-Abd since Oct. 10, security sources said, alarming residents and highlighting the risks for development projects.

"Eight booby traps went off in houses in our village alone," said Egyptian farmer Mohamed al-Qalaji, 39, speaking by phone. "People are afraid to enter their houses."

While southern Sinai is home to the highly secured Red Sea resort of Sharm el-Sheikh and other tourist spots, much of the rugged peninsula is thinly populated and underdeveloped.

An armed uprising spread in northern Sinai after the military overthrew President Mohammed Morsi of the Muslim Brotherhood in 2013.

Hundreds of policemen and soldiers, and more than 1,000 civilians died, according to official statements.

Sinai Province, a militant group loyal to Daesh, has drawn support from local Bedouins complaining of marginalization, a charge the government denies.

Last month on the anniversary of the 1973 war with Israel that led to Egypt regaining control of Sinai, the government publicized projects to provide social housing, water, roads, industrial zones, education and health care.

Inaugurating an university and museum in Sharm el-Sheikh, President Abdel-Fattah el-Sissi said 600-700 billion Egyptian pounds ($38-44 billion) had been spent on development in Sinai over the past six years.

In northeastern Sinai, the army created a buffer zone and destroyed tunnels which it says were used by smugglers to send weapons and fighters between Egypt and Hamas-run Gaza Strip.

Among the projects are more than 1,000 free-standing "Bedouin homes," after some residents complained that they preferred houses with farmland to the apartments the government was building.

Sheikh Abdallah Juhama, head of the Sinai tribal war veterans who fought in 1973 against Israel, said development projects such as housing and agriculture had helped Bedouins.

The state had shown more interest in the region by also building roads, wells, schools and bridges. "We demand more development and the state is going in this direction," he said.

Several residents said they had received new apartments from the state in Rafah, bordering Gaza, or other towns, after their homes were destroyed.

But others said they preferred to stay in Ismailia, a mainland city across the Suez canal, and were still afraid to return.

To help drag the region out of poverty, the United States has run projects to provide water worth $50 million in North Sinai. Arab countries have also extended aid.

Some Western donors have held back projects over security concerns or for lack of a local partner who can work independently of the authorities, one diplomat said.

"It's a military zone where you cannot operate without military approval so you can't verify the progress of projects," the diplomat said.

Oded Berkowitz, a security analyst, said militant attacks had fallen to 15 a month from 40 in late 2017 as Egypt improved security on its borders with Gaza and Libya.

But the temporary capture of inhabited areas around Bir al-Abd, lower-frequency militant activity in northeastern Sinai, and attempted assaults near the Suez Canal show how challenges remain for the security services, he said.

Militant sniper operations, which have shifted west from the Gaza border to the outskirts of el-Arish, rose to at least 18 between January and September 2020, up from 16 in 2018 and 2019 combined, two Egyptian security sources said.

Assailants have also kidnapped and killed those they accuse of collaborating with the state.

Squeezed by military operations, Sinai Province has upped its activity around Bir al-Abd, accessible from desert tracks to the south, security sources said.

"Bir al-Abd is an open desert area which is hard to monitor," said one of the sources.

Hassan al-Shaarwai, who has a workshop in Bir al-Abd, said: "There is more terrorist activity here, there are more incidents on the roads."

Travel to North Sinai is restricted to residents.

"Certainly militant capacity has been degraded, but not to the point of securing the province for the safety of its residents or of economic development," said Allison McManus, Senior Fellow at the Center for Global Policy.

"For the most part, massive development of North Sinai is still a rather far-fetched vision."