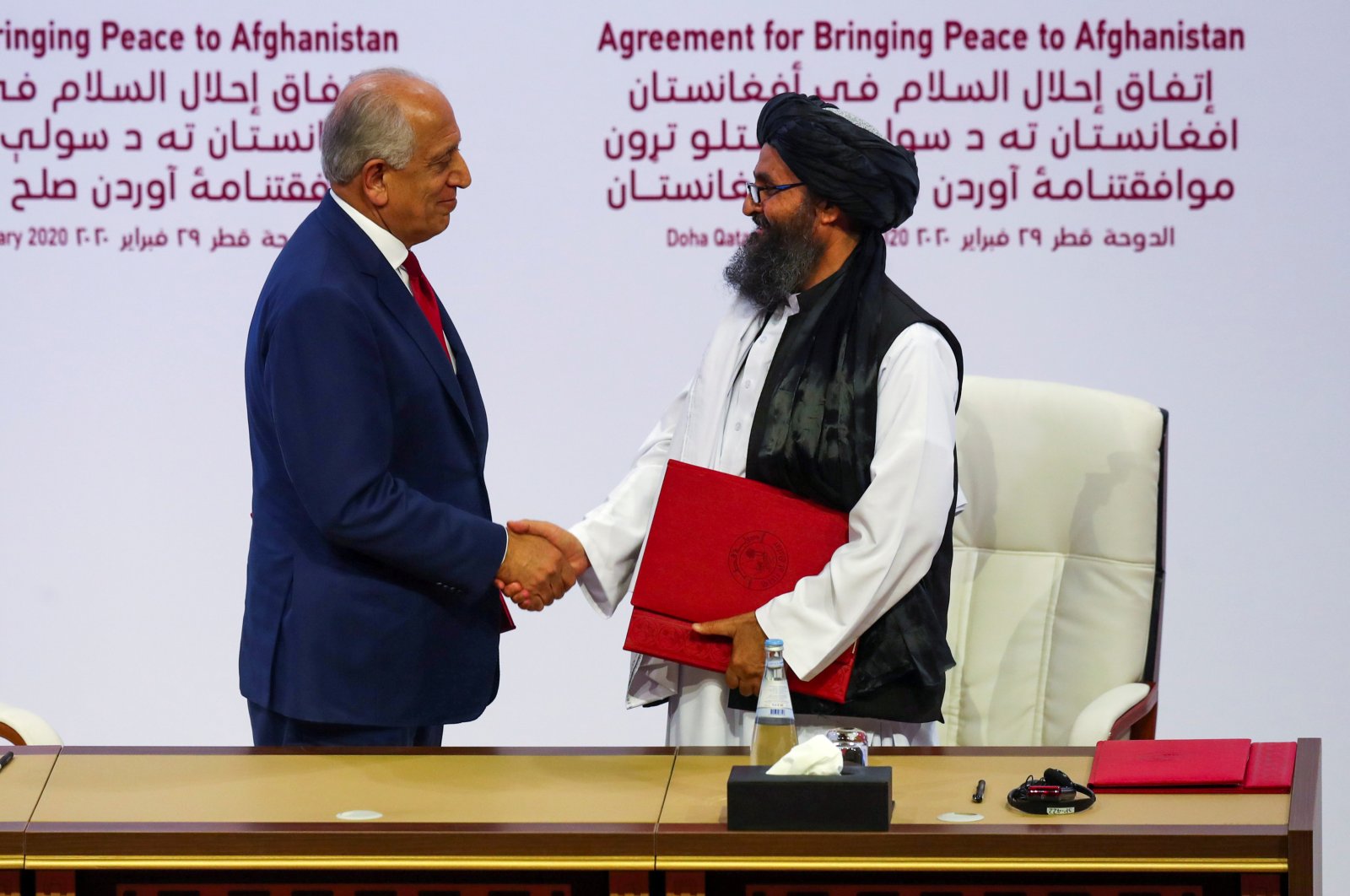 Mullah Abdul Ghani Baradar, the leader of the Taliban delegation, and Zalmay Khalilzad, U.S. envoy for peace in Afghanistan, shake hands after signing an agreement at a ceremony between members of Afghanistan's Taliban and the U.S., Doha, Feb. 29, 2020. (REUTERS Photo)
by Compiled from Wire Services Jun 02, 2020 1:34 pm
RECOMMENDED

Ties between the Taliban, especially its Haqqani Network branch, and al-Qaida remain close, independent U.N. sanctions monitors said in a report made public on Monday, despite a U.S.-Taliban pact Washington hoped would sever them.

"The Taliban regularly consulted with (al-Qaida) during negotiations with the United States and offered guarantees that it would honor their historical ties," they said in a report to the U.N. Security Council, saying ties stemmed from friendship, intermarriage, shared struggle and ideological sympathy.

Violence had surged after the Taliban signed a landmark agreement with the U.S. in February, which paves the way for the withdrawal of all foreign forces by May next year. Seven civilians were killed by a roadside bomb linked to the Taliban in northern Afghanistan, officials said Tuesday, even as authorities pressed for peace talks with the militants. The blast struck a small truck carrying a group of laborers late Monday in the volatile district of Khan Abad, in the province of Kunduz. No group claimed responsibility, but Kunduz provincial spokesman Esmatullah Muradi pointed the finger at the Taliban.

Under the Feb. 29 U.S.-Taliban deal that could pave the way toward a full withdrawal of foreign soldiers from Afghanistan, the Taliban promised to prevent al-Qaida from using Afghan soil to threaten the security of the United States and its allies. The deal also committed the United States to reduce its military footprint in Afghanistan to 8,600 troops by mid-July – a level U.S. and NATO officials said it had nearly reached last week – and, conditions permitting, to zero by May 2021.