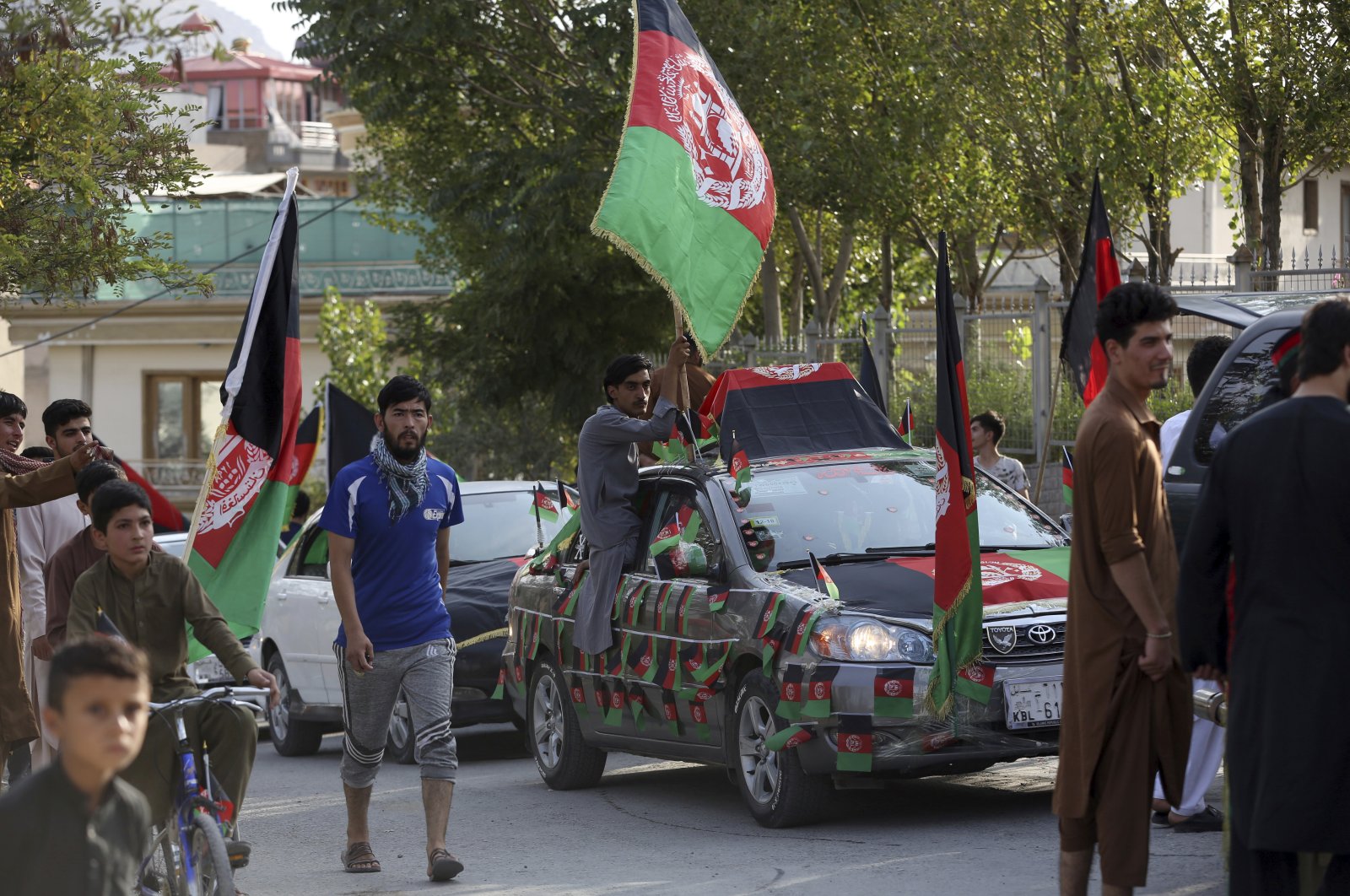 Afghans cover their cars with the Afghan National flag during the Independence Day celebrations in Kabul, Afghanistan, Aug. 18, 2020. (AP Photo)
by ASSOCIATED PRESS Aug 24, 2020 11:47 am
RECOMMENDED

A Taliban political team arrived in Pakistan on Monday as efforts appear to be ramping up to get negotiations underway between the Afghan government and the insurgents.

The start of the talks, envisaged under a U.S-Taliban peace agreement signed in February, was hampered by a series of delays that have frustrated Washington. Some had expected the negotiations to begin earlier this month.

The trip to Pakistan by the Taliban delegation, headed by their political chief Mullah Abdul Ghani Baradar, will discuss with Pakistan’s leaders the "recent developments in Afghanistan’s peace process,” as well as "relaxation and facilitation of people’s movement and trade between the two neighboring countries,” according to a tweet by Suhail Shaheen, the spokesman for the Taliban political office.

Islamabad is thought to wield influence over the Taliban, though there is mistrust on the part of some within the movement toward Pakistan.

The visit comes a day after the Taliban chief announced a powerful negotiating team that includes nearly half of the Taliban leadership council and has the power to set agendas, decide strategy and even sign agreements with the Kabul government. That Taliban team is headed by Sher Mohammad Abbas Stanikzai.

Earlier, Pakistan approved several orders to implement U.N. sanctions against a number of outlawed groups, including the Taliban. The sanctions restrict travel, freeze assets, limit fundraising and outlaws weapons sales. At the time, Shaheen told The Associated Press the restrictions could hurt the peace process.

The U.N. has allowed travel for the purpose of peace negotiations but for a limited number of Taliban figures.

Islamabad has had an uneasy relationship with Baradar, who spent eight years in jail in Pakistan until his release in 2018. He and Washington's peace envoy Zalmay Khalilzad, who negotiated the U.S.-Taliban deal, signed the agreement on Feb. 29. The deal has been touted as Afghanistan's best chance at peace in four decades.

The deal also sets conditions – all linked to Taliban commitment to fight terrorism – for the U.S. troop pullout from Afghanistan, ending the longest U.S. military engagement. U.S. troops have begun withdrawing and by November, less than 5,000 American soldiers are expected to still be in Afghanistan, down from 13,000 when the deal was signed.

The Kabul government and the Taliban are deadlocked over outstanding prisoner releases. Kabul insists the Taliban free 22 Afghan commandos they hold captive while the Taliban demands the release of a final 320 Taliban prisoners held in Afghan jails.

The release of the remaining prisoners was approved by a traditional Afghan council or Loya Jirga called by Afghan President Ashraf Ghani earlier this month. The council approved the immediate release of the prisoners but later the government announced the Taliban were still holding Afghan soldiers and halted freeing the Taliban.

It is not clear how Pakistan could break the impasse. Both Kabul and Washington want to see a reduction in violence going into the talks.

The Taliban have held to their promise not to attack U.S. and NATO troops but have been staging near-daily attacks on Afghan government forces. They say a permanent cease-fire will be part of the negotiations once they begin.