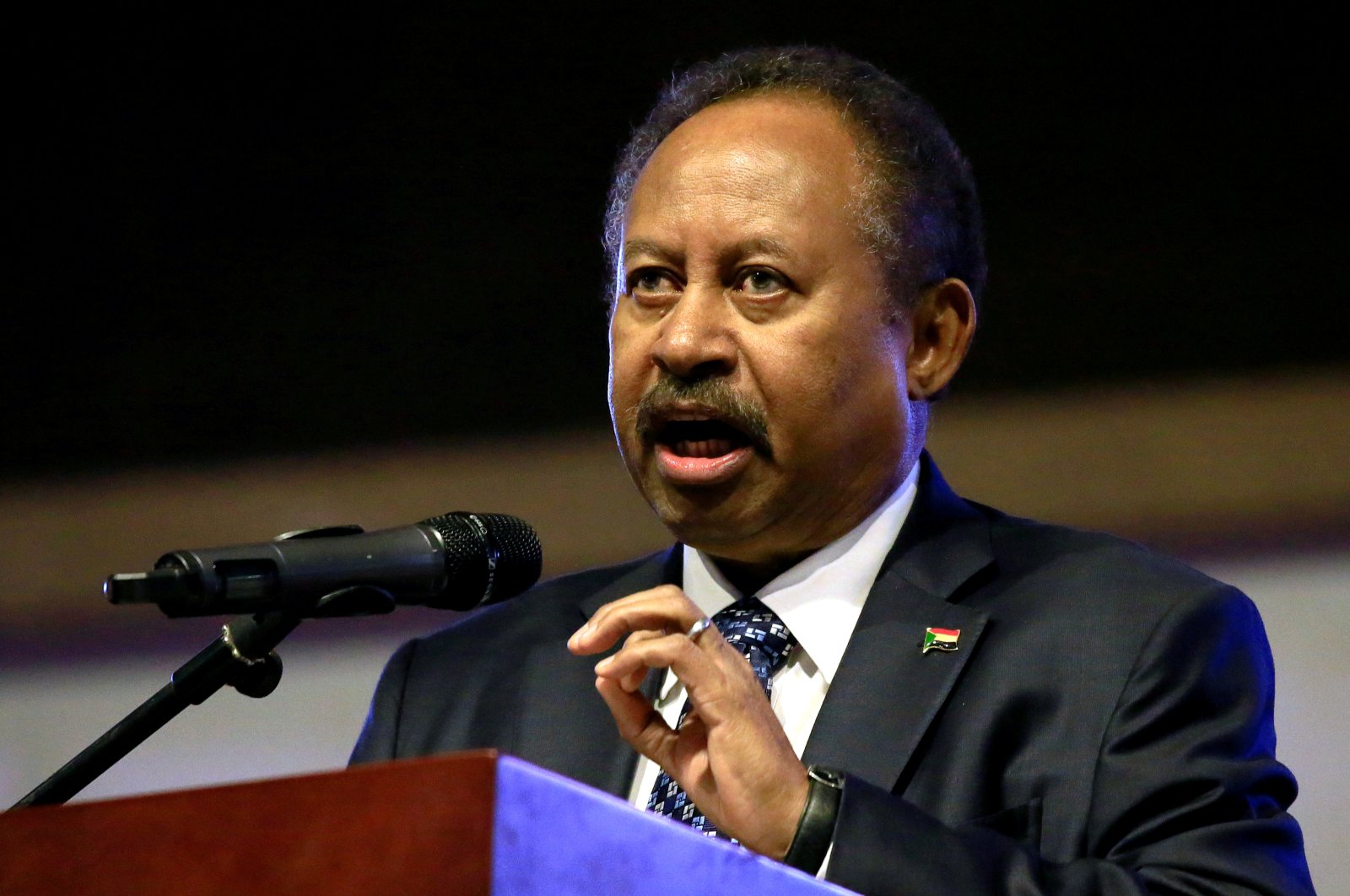 Abdalla Hamdok, Sudan's prime minister in the transitional government, addresses people as they celebrate the first anniversary of the start of the uprising that toppled long-time ruler Omar al-Bashir, at the Friendship Hall in Khartoum, Sudan, Dec. 25, 2019. (Reuters Photo)
by Agencies
Oct 22, 2020 4:59 pm

Cohen's statement coincides with the start of the process of removing Sudan from the list of countries declared state sponsors of terrorism by the United States. Earlier on Monday, U.S. President Donald Trump said on Twitter that Sudan agreed to pay compensation of $335 million to "US terror victims and families. Once deposited, I will lift Sudan from the State Sponsors of Terrorism" blacklist, a legacy of the era of Sudan's ousted leader, Omar al-Bashir.

"According to reports that have been received in Jerusalem, the leadership in Khartoum has made a decision in principle to that effect," the newspaper said.

It reported that "an agreement has been reached between the president of the Sovereign Council, General Abdel Fattah al-Burhan, and Sudanese Prime Minister Abdalla Hamdok, who had been opposed up until now to normalizing relations with Israel."

The newspaper mentioned a possible announcement by Trump "in the coming days" from Washington, with Israeli Prime Minister Benjamin Netanyahu and Burhan to join by videoconference.

Meanwhile, other Israeli officials also predicted that the U.S. would announce another deal, where a regional country will establish ties with Israel.

Without mentioning the name of the country, they expected the deal to take place before the U.S. elections.

"I have a reasonable basis to believe that the announcement will come before Nov. 3,” Israel's Regional Cooperation Minister Ofir Akunis told Israeli Army Radio.

Sudan experienced a historic shift last year as al-Bashir was overthrown by the military amid a public uprising. The Sudanese regime under al-Bashir was accused by the U.S. administrations of being responsible for attacks against U.S. interests including the attack against the U.S.S Cole destroyer in 2000 and the 1998 bombings of U.S. embassies in Kenya and Tanzania.

Sudanese authorities put al-Bashir on trial and are cooperating with the International Criminal Court (ICC) to try him over charges of crimes against humanity and genocide related to the Darfur conflict. The ICC first charged al-Bashir with involvement in crimes in Darfur on March 4, 2009, and again on July 12, 2010. His case marked the first time the global court had charged a suspect with genocide. Al-Bashir faces three counts of genocide, five counts of crimes against humanity and two counts of war crimes for allegedly leading the deadly crackdown by government forces and the Janjaweed militia in the Darfur region starting in 2003.

Sudan is one of four nations branded by Washington as a state sponsor of terrorism, along with Iran, North Korea and Syria – severely impeding access to loans, debt relief and foreign investment.

Pompeo had discussed the issue of normalizing ties with Israel in August on the first visit in 15 years by a top U.S. diplomat to Khartoum. But Hamdok at the time objected to the controversial step, saying the transitional government did not have the authority to normalize relations with Israel.