Tension escalates at Israeli prison over death of Palestinian detainee 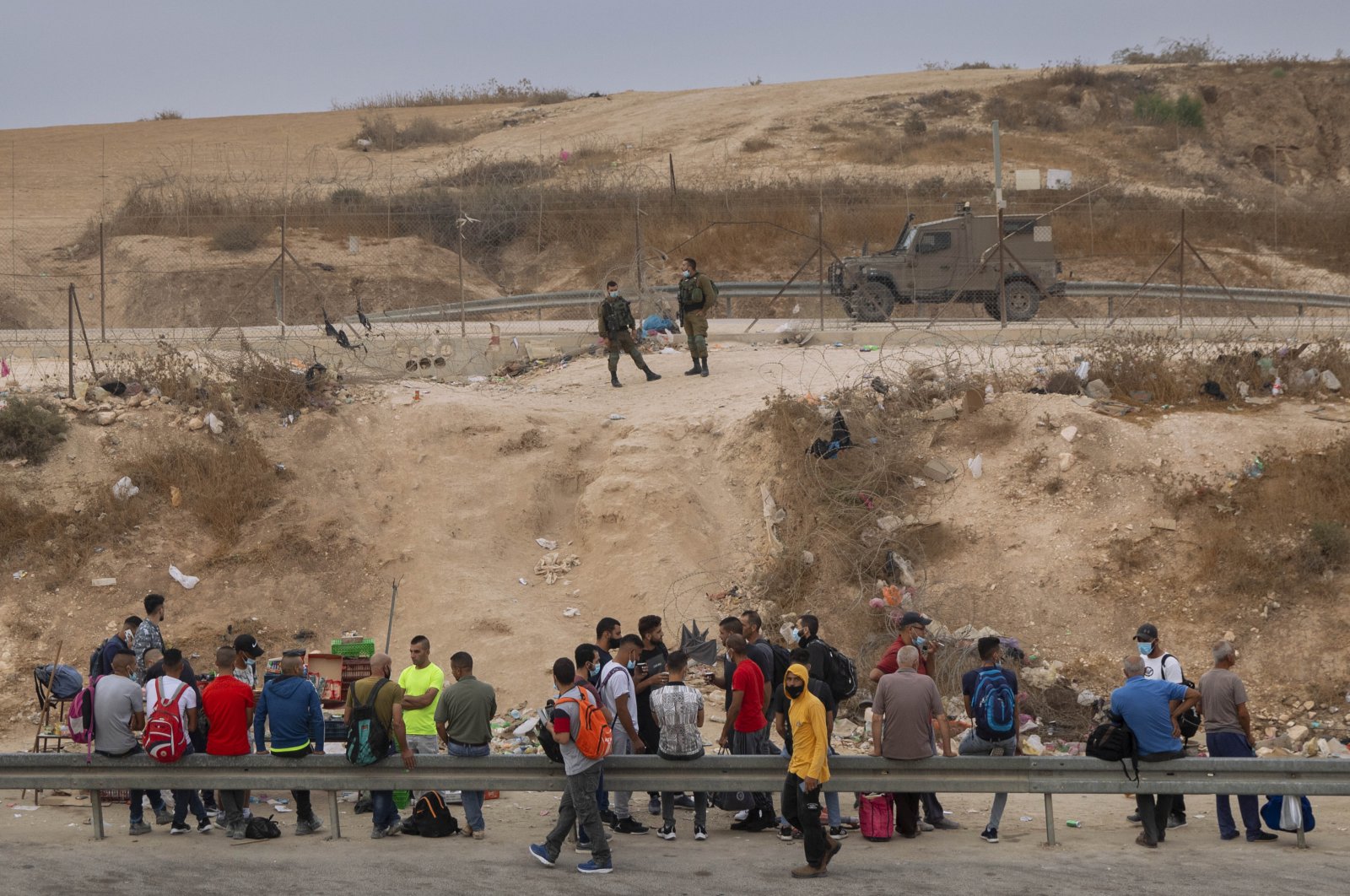 Israeli soldiers prevent Palestinian laborers from crossing illegally into Israel from the West Bank through an opening in a fence, south of the West Bank town of Hebron, Sept. 6, 2020. (AP Photo)
by Anadolu Agency Sep 08, 2020 6:00 pm
RECOMMENDED

Tension escalated inside Israel's Ofer prison on Tuesday following the death of a Palestinian detainee a few months before his release.

According to the Palestinian Prisoner Society (PPC), prison guards stormed two sections inside the prison and transferred many detainees to solitary confinement.

It said that detainees were tortured by prison guards and their belongings were damaged.

Last week, Palestinian detainee Daoud al-Khatib, 45, died inside the prison's section 20, a few months before he was to complete his 18-year sentence.

The PPC said prisoners protested their colleague's death by knocking on the doors, returning meals and chants.

Israeli prison guards fired tear gas to disperse the detainees, injuring 26 of them and confiscated their electronic devices, the NGO said.

"The prison administration wants to silence the prisoners who protest against the policies of neglect and repression," said Qadri Abu Bakr, head of the Palestine Liberation Organization's (PLO) Commission of Detainees and Ex-Detainees Affairs.

"The prison authorities are taking escalatory steps in violation of international law and WHO protocols related to the coronavirus outbreak," he said.

Abu Bakr said Israeli prison authorities have isolated 14 prisoners since the protests erupted. "Seven of those prisoners will be transferred to solitary confinement as a punishment," he said.

"The situation inside the prison amounts to a crisis," he said. "We expect the situation to worsen and the protests may spill over to other jails."

Around 850 Palestinian prisoners are held at the Ofer prison, where most coronavirus infections were detected.

A total of 24 Palestinian detainees in Israel have tested positive for the COVID-19, the Commission of Detainees and Ex-Detainees Affairs said.

According to the group, 4,500 detainees are currently incarcerated in Israeli prisons including 700 patients, 300 of which are suffering from chronic diseases.