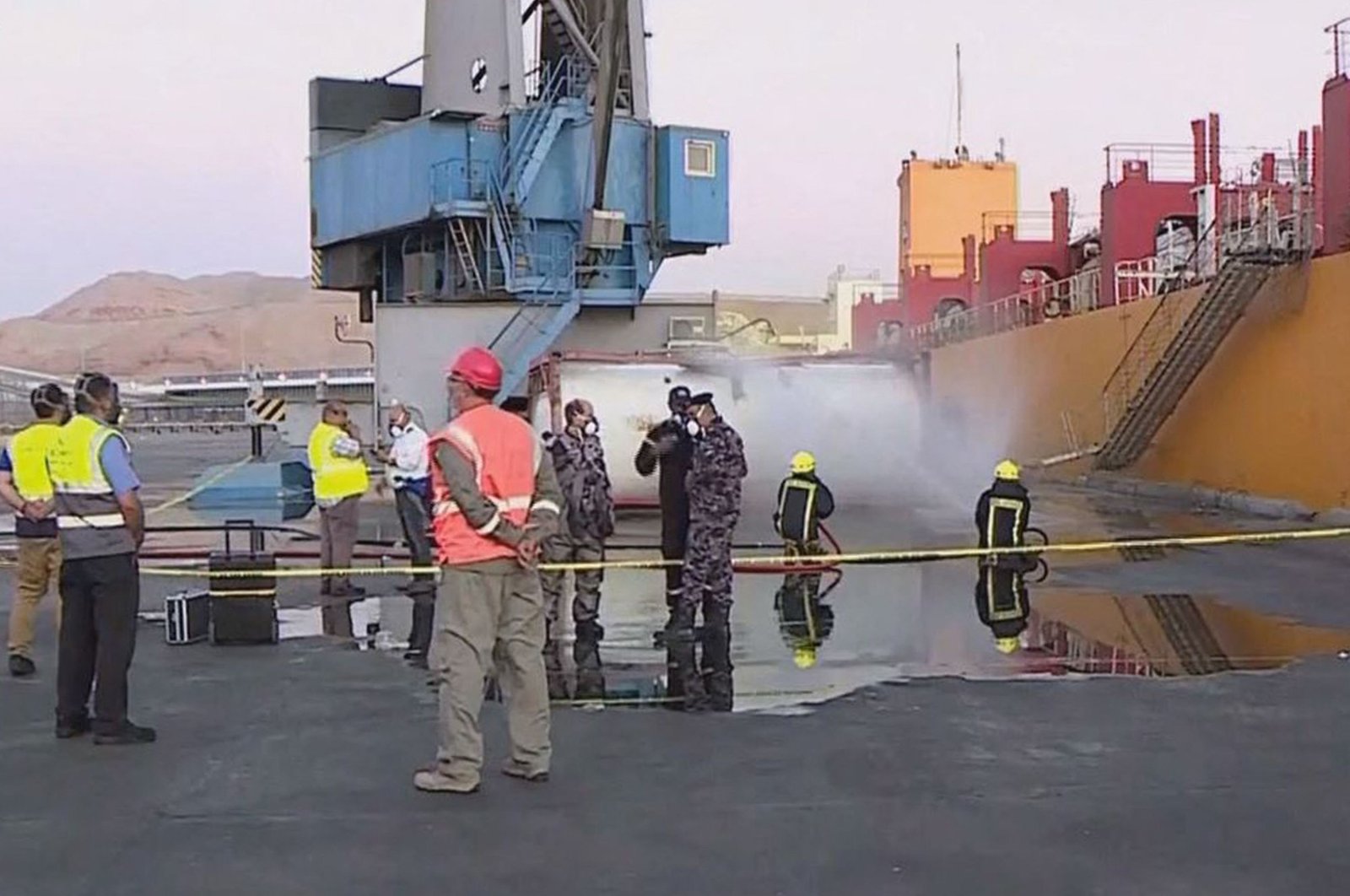 A crane hoisting chlorine tanks from a truck onto a ship in Jordan's southern port city of Aqaba dropped one of them, causing an explosion of poisonous yellow smoke that killed at least 13 people and sent hoards more to hospital.

Video carried on state TV showed the moment the tank exploded, sending dockworkers scrambling to escape the toxic cloud. Some 200 people were hospitalized.

The Public Security Directorate said authorities sealed off the area after evacuating the injured and sent specialists in to address the situation.

State-run Jordan TV said 13 people were killed. Al-Mamlaka TV, another official outlet, said 199 were still being treated in hospitals. The Public Security Directorate said a total of 251 people were injured.

Dr. Jamal Obeidat, a local health official, urged people to stay inside and close windows and doors. The nearest residential area is 25 kilometers (15 miles) away.

Aqaba is on the northern tip of the Red Sea, next to the Israeli city of Eilat, which is just across the border. Both are popular beach and diving destinations. There were no reports of injuries or contamination in Eilat.