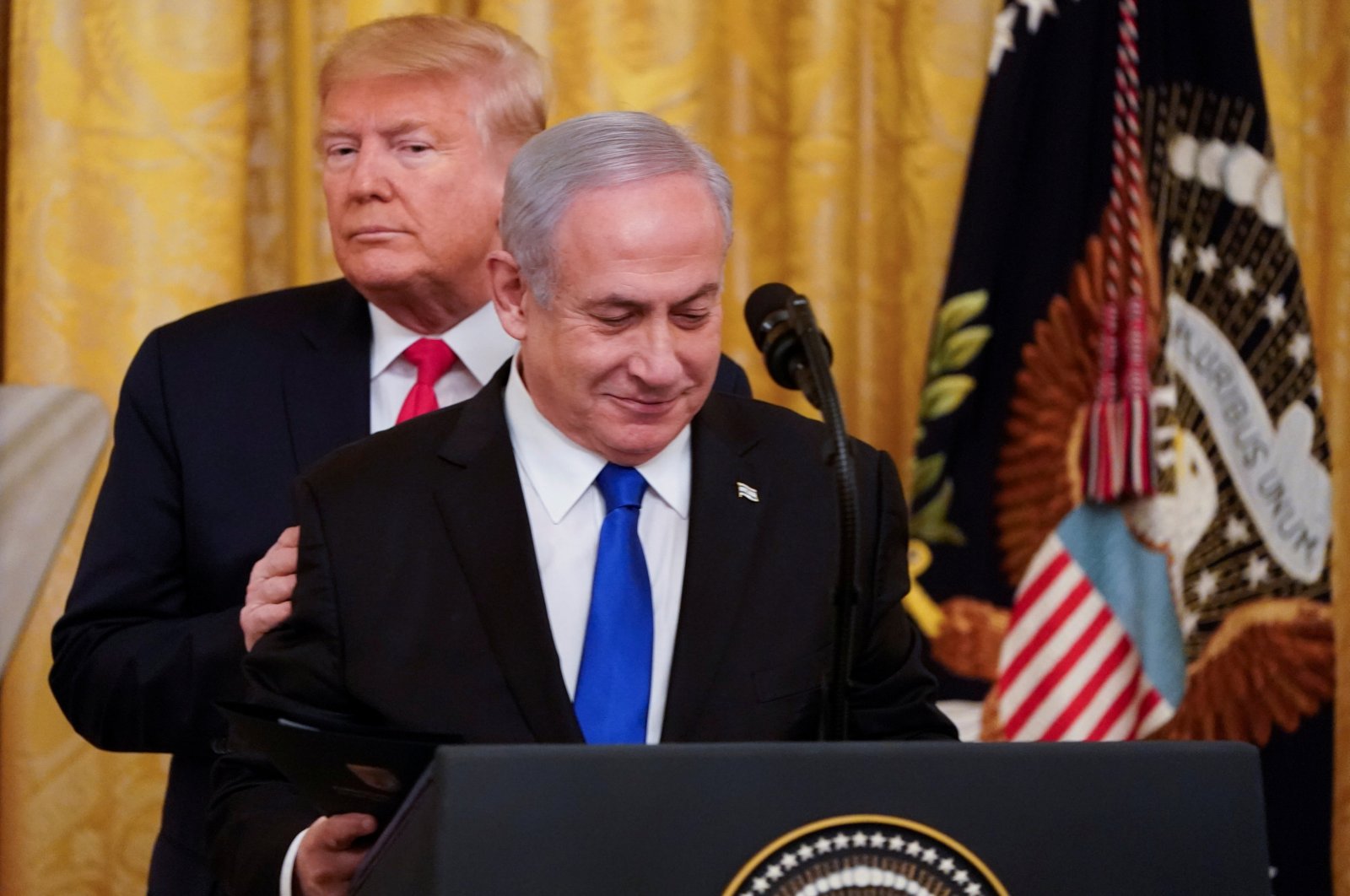 "This is a historic breakthrough to further peace in the Middle East," the U.S., Bahrain and Israel said in a joint statement.

"Opening direct dialogue and ties between these two dynamic societies and advanced economies will continue the positive transformation of the Middle East and increase stability, security and prosperity in the region," it said.

A month ago, Bahrain’s fellow Gulf Arab State, UAE, agreed to normalize ties with Israel under a U.S.-brokered deal which is scheduled to be signed at a White House ceremony hosted by Trump on Sept. 15. The Israel-UAE ceremony will be attended by Netanyahu and UAE Foreign Minister Sheikh Abdullah bin Zayed al-Nahyan. The joint statement said Bahrain’s Foreign Minister Abdullatif al-Zayani would join the ceremony and sign a “historic Declaration of Peace” with Netanyahu.

Friday's deal makes Bahrain the fourth Arab country to reach such an agreement with Israel since exchanging embassies with Egypt and Jordan decades ago.

Media advisor to the king of Bahrain, Nabeel al-Hamer said Friday that normalizing relations with Israel affirm that a fair and lasting peace is the best way to guarantee Palestinian rights.

"Bahrain's decision to establish relations with Israel serves the interests of the region's security, stability and prosperity," al-Khalifa said.

"It sends a positive and encouraging message to the people of Israel, that a just and comprehensive peace with the Palestinian people is the best path," he added in a tweet.

“For many long years, we invested in peace and now peace will invest in us, will bring about truly major investments in Israel’s economy – and that is very important,” Netanyahu said in a video statement.

“The Palestinian leadership rejects this step taken by the Kingdom of Bahrain and calls on it to immediately retreat from it due to the great harm it causes to the inalienable national rights of the Palestinian people and joint Arab action,” the statement said.

In Gaza, Hamas spokesman Hazem Qassem said Bahrain’s decision to normalize relations with Israel “represents a grave harm to the Palestinian cause and it supports the occupation.”

Egyptian President Abdel-Fattah el-Sissi on Friday said he considered the normalization agreement between Israel and Bahrain a step toward peace in the region.

"I value this important step toward establishing stability and peace in the Middle East and in a way that achieves a just and permanent settlement for the Palestinian cause," el-Sissi tweeted thanking the parties involved in implementing this "historic step."

Meanwhile, Turkey on Friday strongly condemned the normalization agreement to establish diplomatic relations between two countries, saying the deal contradicts the commitments made in the Arab Peace Initiative and the Organization of Islamic Cooperation (OIC).

According to Turkish officials, the step will deliver a fresh blow to the efforts to defend the Palestinian cause and will further encourage Israel to continue its illegitimate practices toward Palestinians.

Turkey’s authorities emphasized that the only way to achieve lasting peace and stability in the Middle East is through a fair and comprehensive solution to the Palestinian issue within the framework of international law and U.N. resolutions.

Hossein Amir-Abdollahian, a special adviser on international affairs for the speaker of Iran’s parliament, called Bahrain’s decision a great betrayal to the Islamic cause and Palestinians.

“The imprudent leaders in UAE, #Bahrain must not pave the way for the Zionist schemes,” the official tweeted.

Bahrain, a small island state, is a close ally of Saudi Arabia and the site of the U.S. Navy's regional headquarters. Riyadh in 2011 sent troops to Bahrain to help quell an uprising and alongside Kuwait and the UAE, in 2018 offered Bahrain a $10 billion economic bailout.

Last week, Bahrain said it would allow flights between Israel and the UAE to use its airspace. This followed a Saudi decision to allow an Israeli commercial airliner to fly over it on the way to the UAE.